Beloved Danish vocalist Stine Grove recently took a few minutes out of her hectic schedule to chat with EDMSauce.com about her love of music, learning to love trance, and what she's up to.

Did you always want to be in music?
Music has always been a part of my life. During the early years of my childhood my father used to play guitar and sing with me, and I’ve been singing in choirs all the way through elementary and high school. The feeling of wanting to be in [a career in] music didn’t become a conscious choice until the age of 15, but I have never felt so passionate about anything else than I do about music.

How did you fall into it?
In 2006 I had finally established a modest home studio and had uploaded several demos of my then singer-songwriter project to a Danish music community site. I was browsing through a lot of different music in there and stumbled upon this amazing trance track. I did not at all listen to EDM back then, so it’s a mystery why pressed ‘play’, but I fell completely in love with this track and complimented the producer. I think he went and checked my demos out, cause he asked if I’d like to do the vocals for his track. So I did.
He uploaded it to MySpace and a British label manager heard it and wanted to sign and release it. Also, the talented Hungarian producer Peter Safranyos aka Emotional Horizons heard the track on MySpace and got it touch with me, and we created the tune ‘Beautiful’ which was released on Alter Ego Pure in 2009.
This is pretty much where my professional vocal work started, and since then, I haven’t been lacking vocal work.

That is awesome, what a great intro into trance/EDM!
Sadly, the track that started it all was never released as the label went down, but I still love this track and would like to release it someday.

I have to say that your voice is so incredibly unique. It really stands out, and blends so well into the trance and progressive genre. Do you listen to any of this type of music yourself?
Thank you very much, I’m happy to hear that! Well when starting back in 2006 I didn’t listen to these genres at all and didn’t know much about them. I was mainly into rock, pop, shoegazer and trip hop back then… however over the years as a natural effect of having worked so much with EDM, more and more of this genre has been sneaking into my record collection. And these days I hardly listen to anything else. I’ve simply come to love it.

On that note there have been some amazing remixes of your songs. What's your favorite?
Hard to chose. However, if I must chose, I’d say Aurosonic’s remix of ‘Tears’. This remix is outstanding.

How long does it take you to produce a song, start to finish?
That varies a lot, depending on how much time I’ve got until deadline, the amount of outside disruptions and my level of inspiration. I think 4-5 hours it the fastest I’ve done it, but in other cases the producer and I have been tweaking the same track for a month or two. I spend the most of the time on writing the lyrics, as they don’t always come easy to me. Maybe I just don’t have so much on my mind haha. With melodies and harmonies it’s different, they come to me instantly, and this is the part of the songwriting process that really makes me tick.

Are you a crazy creative who has ideas in the shower?
I get ideas everywhere and anytime, also in the shower. Sometimes when I’m out and about in the city I have to suddenly stop what I’m doing and hum/sing something into the recorder of my mobile phone to be able to remember when I get home. Also, I always carry a notebook with me, in case some useful words or thoughts should pop up. A few times I’ve been dreaming about the most beautiful melodies, but when I woke up unfortunately I couldn’t retrieve them. Since then I’ve been keeping a recording device near my bed.

How do you feel about remixes in general? Do you think adds or detracts from the original?
I think it’s a good thing to have some different interpretations of a song. That being said, every remix in a release package should always be of top quality, and I’d rather have only one remix in a release, if it’s a quality remix, than a quantity of average or boring mixes. Remixes should never be just ‘stuffing’ or attempts to divert the listeners attention from a bad original song, they should all be quality songs in their own right.

Many of our readers are djs and producers themselves, and they want to know – do you make the stems/vocals for your tracks available regularly for folks to remix, or do your prefer that artists approach you directly to request these?
If a producer wants to remix one of my tracks, I’d advise him/her to go directly the label having released the track. Because by signing a track release agreement with the label, I’ve typically assigned my rights to use the vocals to the label for a specified period of time. Hence I am not allowed to make my vocal stems available, unless of course we’re talking about vocals that has not been signed or released by a Record Label.

Which of your songs do you think is your best work? Really represents you as an artist?
My best works so far are going to be released during this summer, so please stay tuned!
I love ‘Tears’, but I can’t chose it, as the talented Don Jackson aka Headstrong is both the writer and Composer of this beautiful song. I was just a mediator with my voice.
Of my older tunes, ‘Biscay Bay’ is probably my favorite, because I like the lyrics and I manage to demonstrate that I have more qualities to my voice than just the soft, breathy mode that seems to be the most popular within the EDM genre. I actually prefer to sing more powerfully when I can get away with it, however this is not always the best match with trance music.

Anything interesting you're working on right now?
Working on a tune with Steve Helstrip aka The Thrillseekers. I’ve been wanting to work with him practically since the start of my EDM career, because I think his musical works are incredibly creative and intelligent. He’s an EDM legend. I’ve actually been so lucky as to feature on more tracks on his upcoming debut album, Escape, and this is more than I could ever have dreamed of. Also I’ll soon record another track by our talented and beloved songwriter and producer, Headstrong.

Is there anything else you'd like to say to your fans out there in the EDM world?
Thank you for having me! I’d like to thank EDMSauce.com for the great work they’re doing supporting and promoting the EDM scene, and of course I’d like to thank the EDM listeners and every soul out there who likes and supports my musical work – it’s heartwarming and highly appreciated!

For our listeners, here are some of Stine's tracks from her music career in trance/progressive: 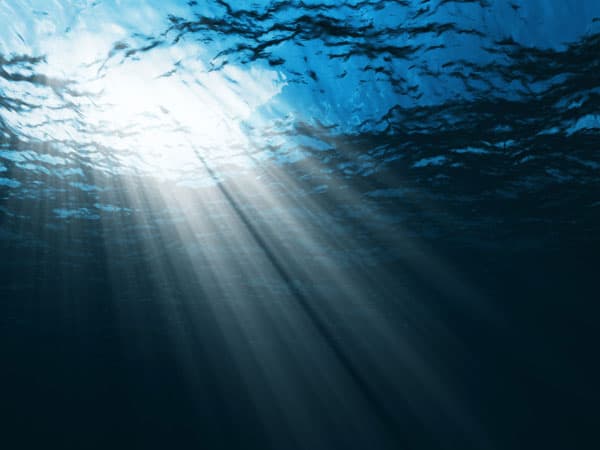 It's not Tuesday, but I'm feeling Trance and Progressive lately. There is nothing to shorten the morning commute and wake up for work like... 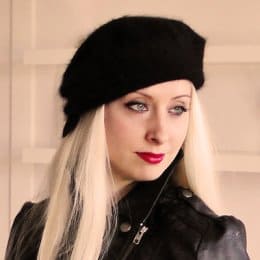 If you are a sucker for those female vocals then you are probably familiar with Danish Vocalist, Stine Grove. EDM SAUCE actually had the...