An Interview with Danny Howard
Advertisement 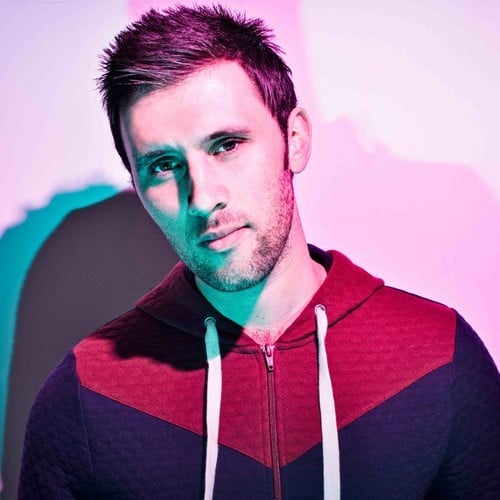 Danny Howard, you will recognize his name more. As a big BBC Radio 1 DJ, he’s one of the most important names in dance music for breaking artists with the big room sound. He is known for his genius remixes to Cedric Gervais’ Missing You and his legendary BBC Radio 1 shows with his Deep House beat. If you still don’t know who Danny Howard is, don't worry you will definitely know his name by 2015.

Howard, 26, won the BBC Radio 1 Superstar DJ competition in 2011 and has hosted the Saturday show Dance Anthems since 2012. In 2013, the launch of Danny Howard Presents Nothing Else Matters on Sirius XM’s BPM channel is establishing his name in the United States. MacManus reportedly attracts over 1 million listeners to her radio show, with Howard reaching 1.8 million, according to his Facebook page.

On Friday December 5, 2014; I had the chance to have a sit down interview with the deep house producer at Pacha NYC. One of the best interviews, I learned about what inspired him to become a music producer, and who his idol is as well. Danny Howard is such a nice and wonderful guy and his talent his huge. I can’t wait for what's in store for Danny Howard in 2015.

How does it feel to be in NYC and at Pacha? “It feels good, I feel very privileged, New York is a place where a lot of people have on their bucket list or “wish list” be able to come here and then a lot of times just want to come here and DJ for the second time this year is a amazing feeling.” I had to congratulate him on a killer set because I have been really into deep house for while. Throughout his entire set, I was dancing and loving each and every song he was play.”

I try to bring a UK sound to my set because where we are right now in the UK, I think its a little bit different than America um, I think the music is a bit more housier. The EDM scene as the americans has been incredible in the last 4 or 5 years its just been absolutely amazing. Festivals, clubs, DJs absolutely killing it and now I think people are ready for something fresh, something new, something different. Its time to evolve, I think that the UK helps shape the way for dance music is going to go because were big in house music in the UK, and it also comes from Europe you know Dutch, and Swedish DJs are quite prominent within dance music and I think there now are producing more House, more groovy stuff, so i think in over the next year we’ll see it more and more so I think tonight in my set is that right, this is what I do in the UK you know I play house music. I can see people in the crowd I was looking and I could see out there, they were like I don't know if I get this or not but then 80% were like with me so that was good and it got to a certain point, pretty much the last half hour of the set where I was like right Borgeous is coming on, I can see that they wanted to go up a level more, they're ready for something so I took it a little bit more progressive and more electro but not quite hard you know not too hard because thats not what I do, its all about groove, its all about feel good uplifting music and thats what I try to do.

I was listening to your Thanksgiving set, it was incredible “oh thank you” I love the whole House Music scene, I've been getting into for like a year, year in half and I feel silly “WHY” only because I know its been around for so long, “Yeah well house music has been around forever, since like the 80s, since like Chicago house came in, ever since my mom was going to the nightclubs in the 70s. “Ever since disco was huge thats where it call came in and you know the tunes you here today it just basically old tunes brought up to date a lot of time”

So what does inspires you to make house music? “What got me into house music was when I used to go to clubs, and when I use to see different DJs every single week and I used to go to this nightclub in the UK near Manchester, it was huge it would be big DJs from Paul Oakenfold to Armin van Buuren, to Calvin Harris, and one week we had Erick Morillo and I was just so blown away and I was like Thats it! This is my thing, that is who I wanna be you know and thats what inspires me. His ethos was obviously just good from playing music, you know good groove and soul you know a good feel vibe to it rather than just something quite hard and dark which is sometimes a good thing in the right moment, but thats what sort of the Morillo vibe. I know, and sometimes that dark moody music you can't even dance to it. “If its delivered in the right way at the right time, but there are a lot of DJs headlining nightclubs and festivals that produces all of sudden have a big crack bag in behind the depths of it all even though have no experience working with a crowd and the I see that happen all the time. They're all really nice guys and all but I think theres a lot of lessons to be learned and I think there getting there but thats just my opinion. I'm opening the club at 11pm when the doors are just opened and the first DJs producer, No; producer first and just banging out hard soundtracks and its like woaw dude its only 11 o'clock, we just walked into the club lets just ease up a bit” Haha yeah its like take it down a notch, “Yes, exactly.

I can answer that because in the UK at the moment would be my BBC Radio 1 show going really well. Which is in the UK which is a big thing, Im very lucky to be apart of it, very thankful for that. So the UK the gigs are good, the radio is good, ibiza is great Im getting my residency every weekend haha. So for 2015, I just want to get into America more because I love it over here um the crowd is amazing, dance music is very much on a high competitive with the UK. Theres a massive difference and I just think yeah producer more music and do more shows here. This is actually my first one of incoming Erick Morillo shows, its my second one actually and it's already so good. Massive houses in Chicago and tonight here at Pacha is one of my favorite clubs. It really is, I'm not just saying that because you guys here but tonight, at midnight when everyone walks in, the dance floor is full and at a lot of other nightclubs at midnight you know you just love the bar stuff and thats it. Tonight, walked in at midnight dance floor is ready to go.

From what I've seen and what I've heard, and what I'd like to be I think in EDM is what I've mentioned before have been massive in the last 5 years I think now its time for people to explore go left or right or whatever direction and go more a deeper direction, more house sound, techno sound, a more trancey sound whatever. Carol Cox EDM has been a great entry point for people with dance music which more good to our world. Its what we want but now its time for more diversity theres so much out there, so many great artists. I hope the momentum of EDM carries through to the rest of dance music.” Me too. “I hope its just more house and more groovier, a lot of that but we'll see.” I definitely agree with you, I have two older half sisters that are fifteen years older than me, and my oldest sister was the 25th Anniversary at Woodstock in Bethel NY and even back then she was into the whole house music scene and she's so happy its coming back, she's really into Martin Garrix and she's really happy that I'm into it now too. “Thats good too” What kind of EDM do you listen to?

I listen to only house music, deep house, I only listen to Oliver Heldens, Tchami, You, Sam Feldt is in my music library.

I was told before I came to the city, this is a massive name drop thats about to come out of my mouth, Calvin Harris, I was talking to him because he was at BBC. We were talking about that with him and I was saying what I was playing and I said I'm just gonna go over there and play house music and he was like “Thats good play house music, but when you go to Vegas don't play house, play commercial”  And I was like haha okay thats next Monday so we'll see.

Do you think Deep House, House music is the future of EDM? “Yeah! Um well EDM is really already saturated, basically producers are going “oh I hate Martin Garrix ‘Animals” Im going to make a track like and ‘Animals’ and then you get you know a Hardwell track and then someone else goes and makes a Hardwell track. Its just wearing it down, so people are now like F**** I heard this song so many times that sounds like the same song eh so yeah. The thing is so though when someone tries to make a song like Calvin Harris they can never make a song like Calvin Harris, and thats why Calvin Harris is CALVIN HARRIS.

I was watching a video on YouTube, it was Calvin Harris performing at LIV in Miami, and this girl goes, “play something original” Yes! “She needs to be banned from every nightclub haha”

If you could do a collaboration with, who would it be? “You, Music wise? Oh right Haha Okay, maybe Erick Morillo simply because he’s the reason why I started the whole DJ thing, he's why I wanted to get into it. I love this passion, his energy, his whole ethos, his history, everything about him, he's a good guy, a really nice guy and one day if I could ever see a Erick Morillo and Danny Howard collaboration that would be enlightened.”

After the interview I was invited to his VIP table, where it was right behind the DJ booth. I even got to meet Borgeous for beef minute after his set. Danny Howard is again one of the nicest person I have ever met. He was hilarious throughout the entire interview, his music is nothing like what Americans are use to hearing but by 2015 everyone will know Danny Howard and his music.