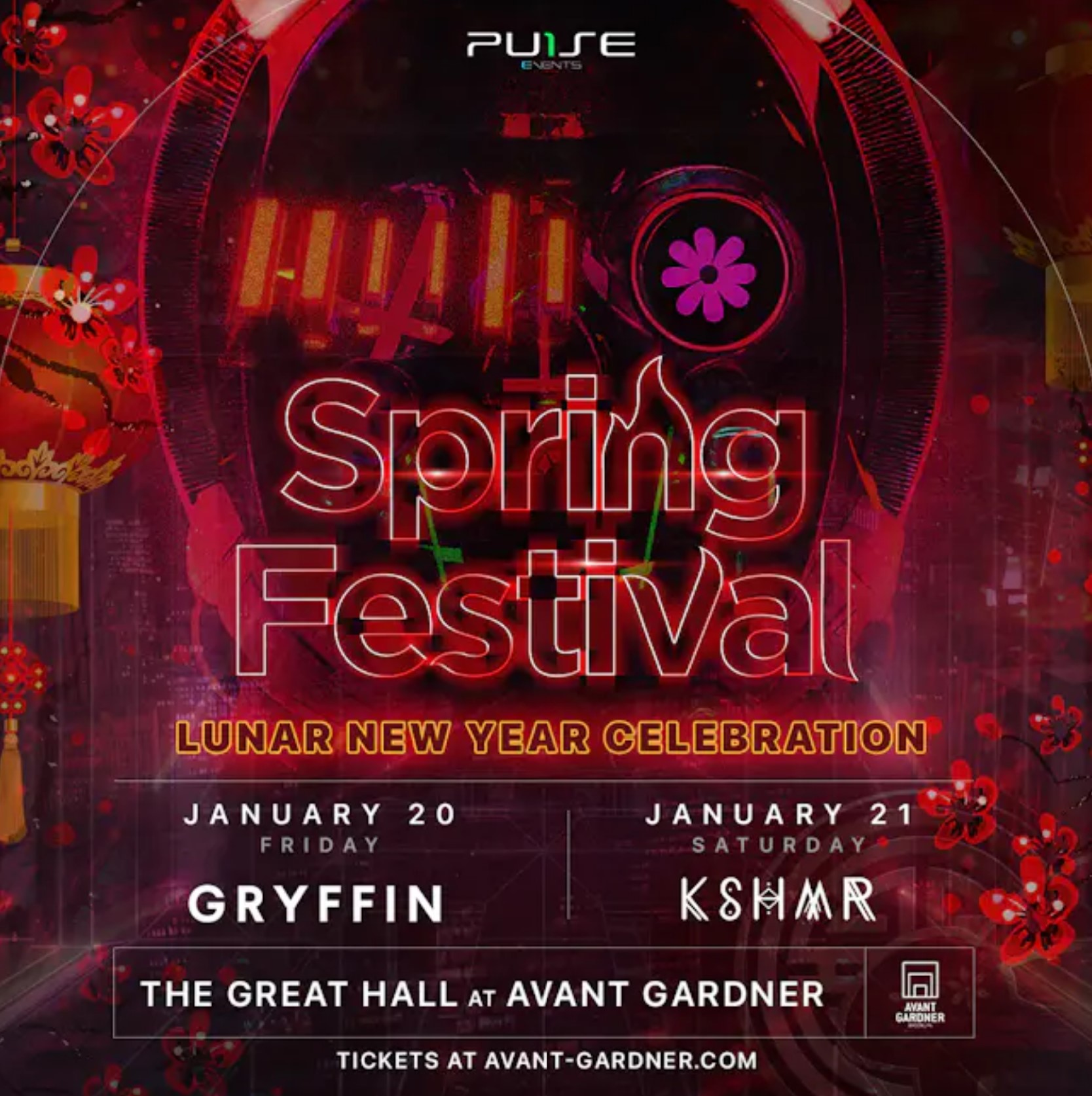 Kicking things off in January, Gryffin and KSHMR will be headlining 2 back-to-back nights at Avant Gardener in celebration of Lunar New Year. The events will be part of a new party series called ‘Spring Festival‘ hosted by Pulse Events. Both headlining artists of course are of Asian descent, Gryffin being half Japanese and KSHMR being one the biggest Indian American DJ and producer in the scene. The two artists have brought us some of the most iconic dance music anthems including Gryffin’s collaboration with ILLENIUM called ‘Feel Good‘  and KSHMR’s track with Tiësto called ‘Secrets’.

The 2-day Chinese New Year celebration will take place on January 20th with Gryffin followed by KSHMR on January 21st. Both shows will be hosted at the award-winning venue of Avant Gardner in Brooklyn, New York. Tickets for the shows are on sale here now so make sure to get them quick before they are all sold out! For more information on the events, check out the announcement flyers below now!

22Bullets & Tia Ray mystify listeners with new single, ‘It Isn’t Me’ (with KSHMR)

In a whirling collab of epic proportions, Thailand’s 22Bullets has teamed up with famed Chinese singer/songwriter Tia Ray for the serene new single, “It...

World renowned producer KSHMR brings one of his most standout records to date, unleashing the vibrant new single ‘Lion Heart’. The record sees the...