Hooked On A Feeling: An Interview With Hook N Sling
Advertisement 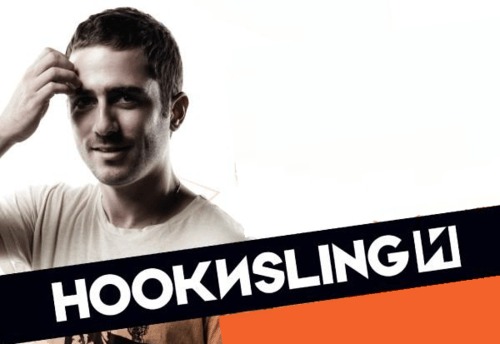 Anthony Maniscalco, AKA Hook N Sling, has become one of the most sought after acts in the EDM scene today. Whether it’s one his remixes for Calvin Harris and Wolfgang Gartner, just to name a few, or his original works like “Tokyo by Night” or “Don’t You Know,” Hook N Sling is an electrifying act to see and always knows how to get a crowd going. Having moved to Los Angeles, CA a few years ago, Hook hasn’t had a hard time adjusting to the LA lifestyle.

“California and Sydney are kind of similar. Beach lifestyle, warm weather, we like getting outdoors and hanging out, having a beer in the sun. The transition wasn’t to hard, apart from the fact that I’m used to spending Christmas in 100 degree heat, that’s what it’s like in Australia.”

With an easy transition from Sydney to Los Angeles, and having already called it home for quite some time, Hook N Sling hasn’t slowed down in remixing music and making his own original work.

“I just finished a remix for Lana Del Ray, called “Ultraviolence,” which I’m going to play tonight (at Nocturnal Wonderland) and that’s the most recent one. The rest of the music I’m working on is all original, so no remixes for a little while. The new record is called “Momentum” and it’s coming out on Dawn Records in November. It’s kind of a new direction for me. It’s on a house trip. It’s my style and some of my influences all bundled together.”

With all of his experience and drawing inspiration from so many different artists and genres, Hook N Sling has developed his own, unique sound. “Magnet,” his 2013 collaboration with Chris Willis, is a perfect example of Hook N Sling’s substance and mass appeal.

“I’m inspired by good musicality. It comes down to music that I buy. I listen to the Mike Snow album, Sia, and the London Grammar album. Different melodies and beats, things like that. One of the guys I like at the moment is Deorro. Obviously Axwell and Zedd are big influences for me as well. The big room sound.”

One of his biggest influences, Axwell, recently did a remix of Hook N Sling’s hit song, “Tokyo By Night” and the end product has received HUGE support since premiering on BBC Radio 1 a few months ago.

“It was wild man. The fact that he (Axwell) wanted to get involved on that record, something that I worked for 2 years on, and for him to say I want to be a part of that is the best feeling. It’s flattering and at the same time I was excited for all the good times ahead.”

But Hook hasn’t just been supported by his peers. His fans have grown by the thousands and it was evident when he played the Labyrinth Stage at Nocturnal Wonderland 2014. The love and support he receives from his fans is amazing and Hook N Sling returns that love in every set he performs.

“It’s very flattering. I try not to take things for granted and still want to impress my peers and want to make sure I make good music that people like. I don’t want arrogance or anything like that to take over.”

With 2014 already a successful year for him, Hook N Sling isn’t done yet. With a ton of traveling and several new records coming out in the next few months, he has a lot more work to be done before the year is over!

“I’ve got four new records coming out this year and a lot of end of summer parties. I’m headed to Tokyo and I have a few weeks of traveling ahead of me and then I come back to LA.”

With four new tracks, end of summer partying, and traveling all over the world, Hook N Sling will be seeing the love and support from his fans around the globe!

“Thank you so much for the support, especially on Tokyo by Night. Everyone out in the crowds, big love from Hook. I’m always thankful for my supporters. They help me do what I do.”