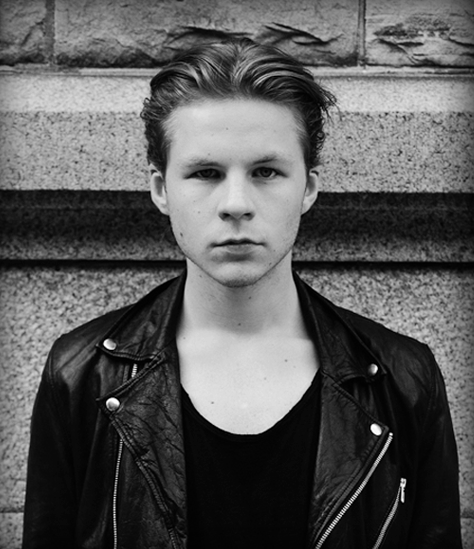 This month I had the opportunity to talk to a new up and coming DJ/ producer Hellberg. He is making his way to the US all the way from Sweden.

Growing up on the eclectic diet of hip hop since the age of 14, Jonathan Hellberg, also known as, Hellberg, transitioned into the House and Electronic scene when he was about 16 years old. Born and raised in Sweden, this 19-year-old prodigy has been inspired by several Swedish artists that have paved the way, such as Avicii, Axwell and Alesso. Hellberg’s productions have been garnering attention and praise from renowned producers like David Guetta, Matisse & Sadko, and Marcel Woods. ‘Hope’ feat. Brenton Mattheus, an original track by Hellberg & Matt Prey was featured multiple times on David Guetta’s Podcast, while his track ‘Guide Me Home’ ft. Charlotte Haining was highlighted on Matisse & Sadko’s podcast.

2013 saw Hellberg release a handful of tracks on labels such as Monstercat, Musical Madness, and Spinnin Records. ‘Collide,’ and original piece with Deutgen and Splitbreed made a breakthrough success for Hellberg’s career, hitting #30 on Beatport’s Progressive House Chart, and certainly cementing his place as one of House music’s rising stars.

This month you can catch Hellberg in the US at the ELECTRIC DAWN Music Festival sponsored by yours truly EDM Sauce. The festival will feature over 40 local and international EDM talents rockin' over 3 stages with Huge Reinforced Sound, Lasers, Visuals, all taking place on over 200 acres of beautiful scenic desert landscape that will take your breath away and surely make for an exceptional night.

INTERVIEW
How did you get yourself within the industry?
Well I've loved house music since I was 12, I'm 19 now. When I started producing music I was mainly focusing on hip hop, but slowly I faded away from that scene and faded in to the house and electronic scene. When I had produced house music for awhile I got in contact with the label Monstercat, one thing LED to another and two years later I have a bunch of tracks released there. The releases on Monstercat led me to grow my own fan base and it was a very good start to my career in this industry.
What are your biggest musical influences?
If I had to narrow it down to just a few, I would have to say Axwell, Alesso and Avicii. The triple A's, haha. Their music has kept me inspired for years now and none of them seems to be stop doing that any time soon!
Do you enjoy DJ-ing more than producing?
I enjoy both equally. Though I produce a lot more than I DJ right now, since I don't tour. But nailing a new track you're working on and nailing that perfect transition between song A and B are both just as fulfilling! Love to do both!
Who is your music idol, like one DJ who you love to see, that never lets you down during a set?
DJ-wise Albin Myers is sick to see live, such a happy dude and delivers such energy, especially when he plays here at home in Sweden. Seen him way too little though, unfortunately.
Can you tell us what you’re working on now?
There's a lot in the works! One thing I can tell you about is a collab with my good friend Teqq that we finished like 2 weeks ago that has a female vocalist that has some hype around her right now. People that follow me on twitter intensely probably already know who it is! I'm really excited about this track, I hope everyone else will like it as much as I do!
What do you have in store for us at the Electric Dawn Music Festival?
A lot of new tunes, a lot of sick edits and bootlegs, an exciting mix of house, trance and electro and a very happy DJ putting it all together!

Check out Hellberg's single “I Wanna Be Daft Punk” its a free download!

Hellberg – All The Way

If you're a fan of melodic progressive house then you already know about Hellberg. For those who don't know or have not heard of...

Hellberg – This is Forever

I have no idea why this track reminds me of high school. I guess its the sugary sweet, a little naive lyrics, but it...

This month Hellberg, Teqq and Taylr Renee team up to produce the next big progressive house anthem “Air”.The collaboration couldn’t have been a more...