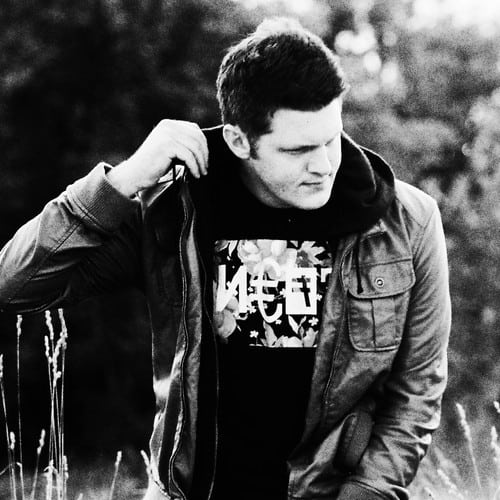 Earlier today we had the chance to speak to a very talented mashup artist that goes by the name DJ Trademark. DJ Trademark (aka Tyler McMurray) began DJing his sophomore year at Ripon College in 2009. Since then he has been growing his name as an artist and has been successfully making hit mixes infused with pop and hip-hop. Below is the full interview that was conducted:

At what point in your life did you know you wanted to become a music artist?
“When I was in college, I was djing small parties and throughout school during my sophomore and senior year I kept working with people and playing small clubs and bars. After I graduated, I got booked in Minnesota and realized I could turn it into a full time thing and push it further.”

What influences (if any) pushed you to EDM rather than any other genre?
Here Trademark explained that his biggest influence was watching Justice's Documentary “A Cross the Universe”” (not to be confused with “Across the Universe”). He noted that he fell in love with Justice's sound and the sound of vast soundscapes. He was also influenced by Daft Punk and the ability to blend multiple sounds.

How do you feel EDM has influenced our culture today?
Immediately after this question had been raised, Trademark explained that EDM plays a larger role today than it has in years past. It is infused in several new songs by large artists names not in the Electronic Music circle. He explains that artists today are sneaking in with synths and uptempo music to make a sound that they haven't used in the past. Trademark also notes that festival circuits take up a large portion of summer.

What was your reaction when you realized that people were taking a liking to your music?
“It was interesting because I was taking music I like and putting it with music people were listening to (hip hop, a Capella). [I was] taking tracks people didn't listen to and taking songs they did and it's Identifier for New Music.””

Trademark continued to say that he uses his mixes as a crossover and to see people being more engaged and interested in EDM.

Do you play any instrument or produce music that you are not actively known for?
Back in high school, Trademark began as a vocalist in a band named “The Callout” However, he did not have any background training and also did vocals for rap and hip-hop. He greatly enjoyed crafting music around different samples, which lead to where he is today.

Are their any new projects that we can know about?
“The Pregame Series” is Trademark's current projects that he has been releasing on SoundCloud. He also has featured “Trademark Tuesdays” and is currently working on an album that will release sometime in November or December (Trademark was unable to confirm an exact date for us).

Make sure that you lookout for Trademark's Pregame Series every month on SoundCloud. Below is his first Pregame Series release along with some of his top-rated mashups. All tracks are available for free download HERE.