Last week I had the opportunity to interview the Electronic Music group known as Hyper Crush. Hyper Crush was one of the groups that originally got me into Electronic Music, so they've always had a special place in my heart. Back in the days when Rap and Rock n' Roll ruled the United States, Hyper Crush offered something different. Hyper Crush right from the start was different.

In my opinion Hyper Crush is still one of the most underrated group of artists in EDM today. Hyper Crush has been around since 1997.”


EDM Sauce: It's an honor to talk to you three. I've been following you all for many years now & even before I was officially really into EDM. Since I've been a fan for awhile, I'm familiar with your tracks like “Robo Tech,” “The Arcade” and “Sex & Drugs…” It seems though now you're progressing to a new style of sound with “Visions of Coleco,” what's in store for us for your future?

[Preston] We've always have just been different in everything we do. On our new EP we're releasing we're just keeping it different.
[Donny] Well “Visions of Coleco” was originally a song we were going to do for Holly's solo career, but everything seemed to just fit and we decided to make it a Hyper Crush song.

EDM Sauce: So you're all starting to branch out and do your own thing?
[Donny] No well we all have our own things, but Hyper Crush as a group isn't going anywhere. We just all do things on the side.
EDM Sauce: So Holly has her solo career going, what do you and Preston have going on?
[Preston] MVTH!

EDM Sauce: You mentioned earlier, you have a new EP coming out, what's it called and how many tracks are on it?

Hyper Crush: Well it's called Vertigo and it'll be a 6 track EP. All of the songs are ready, we're just waiting to release them. Probably May or June for a release date.

EDM Sauce: What kind of sound did you go for it?

Hyper Crush: We're kind of all over the place with it….Electro House, Breaks and a lot of other styles.

EDM Sauce: So when you make a new song, is it usually an overnight thing or does it take time?

Hyper Crush: Definitely not an overnight thing. The vocals may take just a night, but we spend a lot of time fixing everything up and perfecting it.

EDM Sauce: Do you have any collaborations on the upcoming EP?

EDM Sauce: What do you have coming up, any tours? Festivals? We'd love to see you at an UMF or a big fest similar to that.

[Holly]: (joking laughter) Nah we're not cool enough for that. But no we're definitely touring and always on the go.

[Donny]: We're actually touring with NERVO this weekend in Indio, California. We'll be playing at a show sponsored by Guess Jeans.

EDM Sauce: So it's been awhile since I've been to a Hyper Crush show, but Preston do you still use the keytar?

[Preston]: No, unfortunately a lot of artists started using the keytar and it's not really unique anymore. You know artists like Will.I.Am. Yea he kind of murdered the use of the keytar for us.

You know artists like Will.I.Am. Yea he kind of murdered the use of the keytar for us.

EDM Sauce: Well what about the Power Glove Donny, do you still bust that out?

[Donny]: No actually it ended up breaking after all of the abuse it got and it was something like $3k to fix it, so we just parted ways with it.

EDM Sauce: Ah shit that sucks, I loved the power glove. Did you just have the one?

Hyper Crush: Well we have ton of power gloves, but just one that was hooked up to the visuals for shows. Everything was programmed for just the one glove.

EDM Sauce: So I remember back in the day there was a LMFAO & Hyper Crush collaboration and you all were friends. Do you still ever talk to those guys?

Hyper Crush: No… It's a bit hard for Red Foo to hit us back when he's in his private jet. [laughter]… Nah I mean we still see each other and all is good when we see them.

EDM Sauce: So what are some things that you always have to have with you while you tour?

[Preston]: A Game on my iPad

[Donny]: Yelp. Since we travel so much we always find cool little joints to eat at. Like last week we were in Kansas City and we ate at this awesome little Indian restaurant.

[Holly]: Super Glue. Just in case my nail breaks or something of that sort.

Well it's been great talking with these guys. Definitely stoked on what they have for us in the future and their upcoming EP. 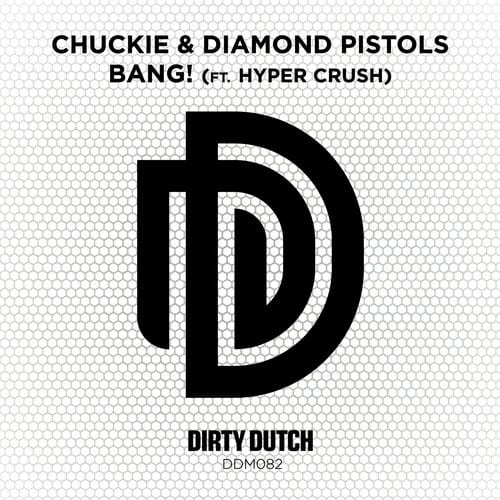 The King of Dirty Dutch, Chuckie, has teamed up with Diamond Pistols & Hyper Crush to give us ‘Bang!' Venturing into unknown territory, ‘Bang!' showcases Chuckie's... 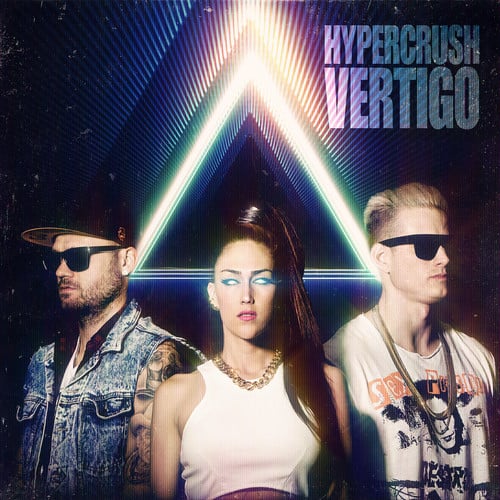 In anticipation of their new album Vertigo next Tuesday, Hyper Crush has posted a new track entitled ‘Illegal' on their Soundcloud. This track is... 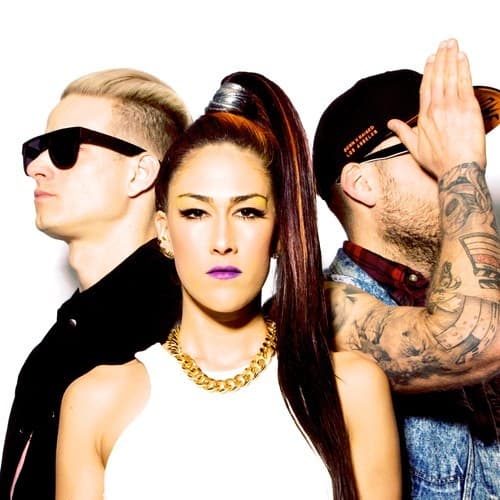 The electropop Los-Angeles based group Hyper Crush has released the music video for their single “Rage.” As the song grows in popularity, the video...