MILLERTIME has taken the EDM world and Mashups world by storm in just a short period of time. MILLERTIME started learning how to DJ while he was sick with his undiagnosed illness where he could barely make it out of bed. While fighting the illness, he began to do something that brought him joy and that was making songs. MILLERTIME then began performing with artists such as Lazy Rich, Paper Diamond, Lazerdisk Party Sex and 3LAU.

Me: I remember seeing some of your stuff a few months back and thought, damn this is pretty good. Glad to see you made it to turntable. Have you been on here much?

MILLERTIME Official: When I first started yes, not so much anymore with shows, producing and such.

Me: Yea definitely, so let's talk about that. How is the DJ, Producing life going?

MILLERTIME Official: Good man i mean throughing out a bootleg every couple weeks while making new original and remixs

Me: Yea definitely, I've been following you on Soundcloud and your stuff is continuously getting better. So how long does it normally take you to finish a track of yours?

MILLERTIME Official: It depends man, 2 weeks because I travel all the time so im mostly writing stuff in the car

Me: Sounds like you're keeping it busy right now. Are you enjoying being on the road so much? Or do you miss being able to mess around on your comp in peace?

MILLERTIME Official: I'm actually on the road because my mom has cancer so I rather not be but im used to it now

Me: Ah I'm sorry to hear about that.

MILLERTIME Official: I've been dealing with illness all my life that's how I started djing because I couldnt get out of bed I was so sick and it gave me something to do

Me: That's an interesting story on how you got involved with music and pretty inspiring actually. So what got you into EDM originally?

MILLERTIME Official: Dude i was listening to tim berg my junior year in high school I'm now a sophmore in college, so when I realized how the music I have always loved is not blowing up, it just was a easy trasition

Me: Tim Berg (Avicii) definitely has some great tracks, easy to see how he got you into the EDM world.

MILLERTIME Official: Yeah I mean that was just an example

Me: So who are some of your inspirations now for style of music?

Me: Well thanks again for taking the time to answer a few questions.. To wrap it up here, what would you like to say to all of your fans and listeners?

MILLERTIME Official: Thanks for all of the support, I appreciate it, make sure if you like what you hear you like me on facebook for updates 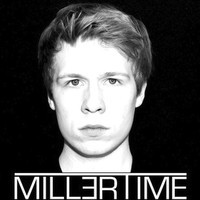 MILLERTIME has taken two brand new tracks and did a great little Electro House mashup on each one of these tracks. On the first... 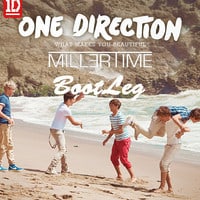 One Direction – What Makes You Beautiful (MILLERTIME Bootleg)

MILLERTIME has released his new track of One Direction's ‘What Makes You Beautiful' and Madeon's ‘Icarus.' If you like the track originally by One...