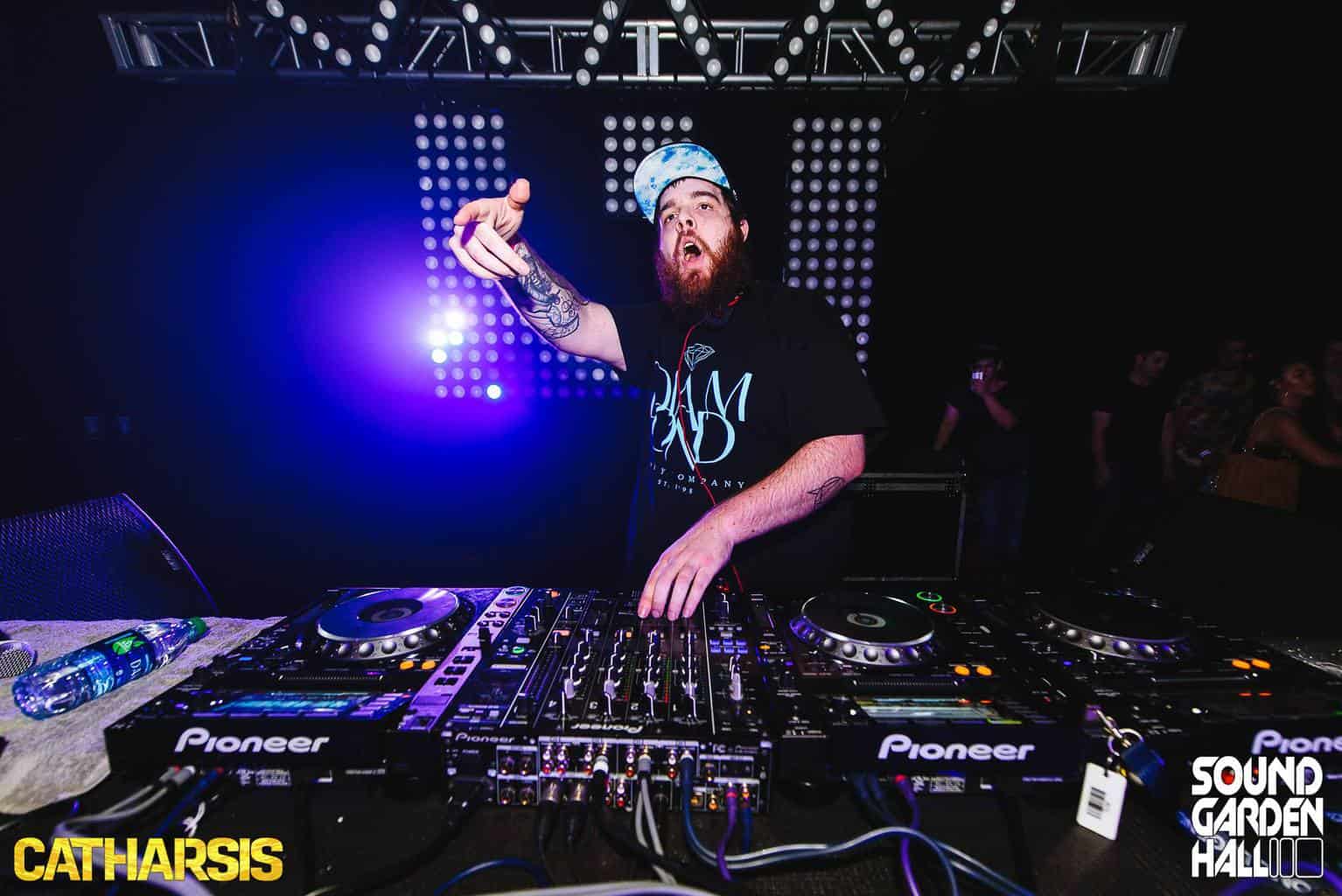 As July 23rd nears on our calendars, an onslaught of bass music is brewing into full force. Philadelphia promotion company Catharsis Collective will be celebrating their two year anniversary with a show for the ages at District N9ne. The lineup is set to feature special performances by three of dubstep's biggest up and coming stars. The show was originally set to be located at the recently retired venue of Soundgarden Hall, where Catharsis first got it's start. However, while the switch to District N9ne is different, the family and unbreakable bond that the company has developed with Philly's EDM fans will still be the same.

Two years ago the company threw it's first show featuring trap stars Tropkillaz & Lookas. At the time, both acts were on the rise and hadn't reached their full potential yet, which gave doubt towards the company's first show and it's presumed limited success. However, against the odds the company sold out it's first show, and in the process gave attendees a taste of the beach by dressing the crowd and the space in summer attire. Since that date, the company has grown to become the go to production team for everything in bass music. In the last two years of lineups, they have featured major players in bass music such as: Kill The Noise, Doctor P, 12th Planet, and Downlink, while also providing larger stages for acts who have risen to certain fame in the last two years like: Laxx, Antiserum & Mayhem, Party Thieves, Dack Janiels, and Wuki. Recently adapting the pineapple above as their logo, they seem to have found their identity and the Catharsis train is running smoother than ever.

This weekend's show has a headliner who is very near and dear to the Catharsis Collective family, the craziest under the bridge creature bass music has to offer Trollphace. Not only is this Trollphace's second time playing a show for Catharsis, but also his second headlining slot. Direct support duties will be handled by one of the freshest names in dubstep, Spanish producer Spag Heddy. With his recent success on Never Say Die Records, Spag is ready to annhilate the crowd that awaits him this weekend. The final major act on the bill is the founder of the dragon drop, mixing genuis Squnto. With his keen ability to mix on 6-8 decks at a time, Squnto brings a special type of live performance to stages, rarely dropping a single song at one time.

We know that we are eagerly waiting on this Saturday's show, and will be present in the massive flock of bassheads present. We hope to see you all there! Tickets are limited but still available here, so make sure to grab yours ASAP!

Flux is one of the indisputable legends of bass music. His tracks such as ‘Bass Cannon' helped create modern day dubstep. His production ever...

His name has been all over electronic music news for various reasons, both good and bad. Whether it be a Twitter beef, a new track,...

No, Trollphace Did Not Ripoff Another Song For His Latest Release with Popsikl

A lot of time in the world of dance music blogs, things get a bit misconstrued. Some young, eager blogger who just started writing...