EDM Sauce is proud to introduce Italian producer, Spada, latest release “You & I” premiered exclusively here. The track will be officially release Monday (February 29th) on Ego Music. Already a massive success, “You & I” was played last week on Pete Tong’s BBC Radio 1 and reached #1 on the German Club Charts and Top 10 in the Dance Charts. The emotionally thrilling track is a proven crowd please. The awaited vocal version of “You & I” features Richard Judge who’s alluring vocals you might recognize from Robin Sculz’s recent hit “Show Me Love.” I had a chance to ask the up-and-coming producer some questions about his latest release, what we can expect from him for the rest of 2016 and much more. Check out the interview and “You & I” below!

1. Let’s talk about your latest track “You & I.” What inspired it?
“You & I” is the new release, and I am so proud of the result. I was really impressed by Richard Judge’s vocals over the past year and wanted to write something for him specifically.
When the instrumental track “Lost in Space” was ready I sent it to Richard and we immediately got in a creative flow and started writing music and lyrics with this melody. I’m excited to finally launch the track – Pete Tong premiered the track on BBC Radio 1 last week so I think that’s a pretty great start one month before the release is out. We’re also going to start shooting the video for it in France next week. Hopefully this track will be the anthem of your summer 🙂

2. Who and what inspired you the most music-wise in your life? I listen to a lot of different kind of music and constantly need to change my scenery for inspiration. From a peaceful mountain to traffic in a big city, different experiences and settings influence me a lot. I really enjoy drinking with people I’ve never met.

3. Favorite city you’ve ever played in?  Paris of course. I’ve played at several places in Paris, but the most beautiful venue I remember was Le Batofar. It’s a boat disco with a gourmet restaurant inside and people dancing.

4. What was your favorite moment from 2015? What do you hope for in 2016? For sure playing with Klingande and Michael Calfan at Fabrique in Milan for #Futurelove. It was exciting because it was the first big deep house event to ever happen in Milan. For 2016, I hope to replicate all my results and duplicate them. I want my music to reach people all over the world.

5. What projects are you currently working on? Any collaborations in the near future? I have a remix for Benny Benassi & Vassy's new single coming out next month. And a very very juicy surprise for all of you… but I can not reveal more now.

6. Upcoming shows?  I have gigs in Miami, Dubai, Formentera, and of course in Italy, but more are to be confirmed soon. 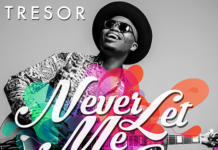 Matt Lender Wants Us All To “Just Smile” On 1st Official...

Feb 28, 2020
'Just Smile' is Matt Lender's first release under his new artist name. It's a sweet blend of pop music and disco, with vocals by...