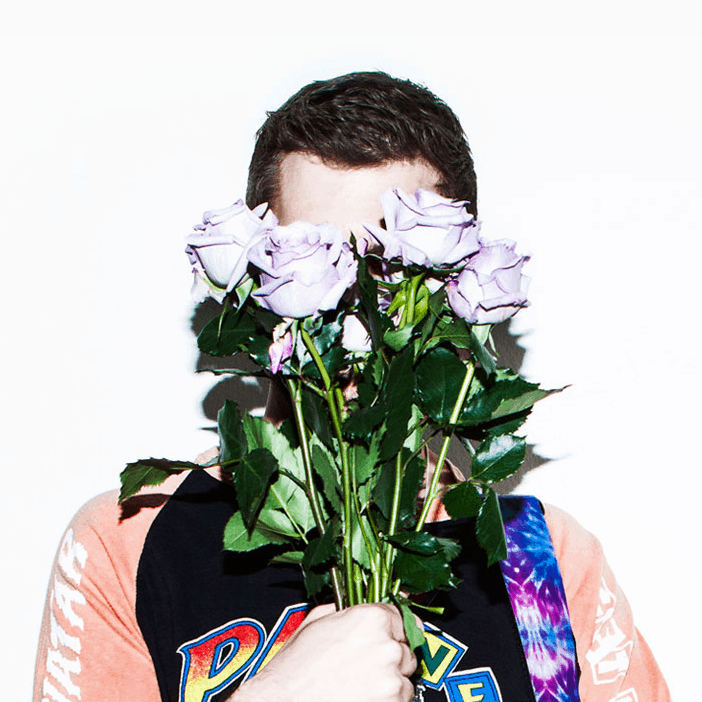 It's a chilly, brisk night in downtown San Diego and I'm venturing around the venue, Fluxx, awaiting to chat with Corey Baker – better known as Kill Paris by fans and friends alike. I find him standing against a stoop with a big smile plastered upon his face sporting his trademarked galaxy sweatshirt chatting with some friends. He's relaxing before the show while taking it easy and you can tell right away he's one of those artists that's genuinely sincere and enthusiastic about what he does for music.  With the management his label, Sexy Electric, a new album and worldwide tour – busy is an understatement to describe what he's been up to the past few months.

I immediately give him a warm hug as he remembers me right away from a previous interview I'd conducted. He's ready to go and almost immediately starts opening up about his passions and outlook on life,

“I'm a pretty positive person. I like to take negative things and turn them into something positive! The music process is like a release to me.”

The conversation erupts into more than just music, but more on Corey's philosophy about life and how you can express yourself through music, even though this may be more difficult to do so through electronic music, he believes music is music no matter what genre it comes from,

“To me, there's a lot of emotions and a lot of feelings that can't be broken down into words. It's just that you feel it, when you feel it – you feel it! For music for me that's how I express myself.”

We continued to talk about his music and what his sound is “categorized” as, but differed a bit as he explains his “frustrations” with the current state of the music business right now and how there is too much labeling going on,

“A lot of people in the music business try to categorize things, and obviously that has it's time and place because the way the Internet is and everything things have to be categorized to some sort. But, like when you see on the internet people fighting over what they think it should be called, it's just like your completely missing the point!”

Corey wasn't afraid to speak out against the negative stigma regarding dance music, he truly believes in the art of music no matter what genre it's attached to. His impressive musical background in funk, metal and rock bands enable him to develop a deep sense of respect for music as an entirety,

“I'm down for just about anything, I've always found inspiration in other genres. If you're listening to the same sh** all the time, how are you going to come up with anything new?”

Corey isn't just passionate about the music, but is grateful for the support of his fans. He continuously mentions the appreciation he has for his fan base and they've been a huge support group for him over the years. He again expresses his thoughts about the current issues he see's arising with artists in the scene,

“One of the big frustrations of the industry is seeing artists, like my age, that are so hungry and thirsty to get like, a million Twitter followers. And when you're looking at it like that, you're kind of denying anybody that's a huge fan. Like, oh no even though you really like my sh**, I really care about numbers and how big I can get. And the more I think about it, it's seriously like f****** up.”

We ended off our conversation with another big hug and I congratulated him for all his successes and wished him luck on his worldwide tour. I walked away feeling gratified about our discussion, as we share very similar views on many of the issues we believe is tearing the dance music community a part.

Funky and incredibly catchy, Kill Paris's “Played Out” is a true versatile classic hit from note one. His groovy synths pair seamlessly with powerful...

Dreambeach Villaricos is a huge electronic music festival, held each year in the eponymous Spanish town. Held on the sands of the Almerian coastal...