Focused On Funk: An Interview With Manic Focus
Advertisement 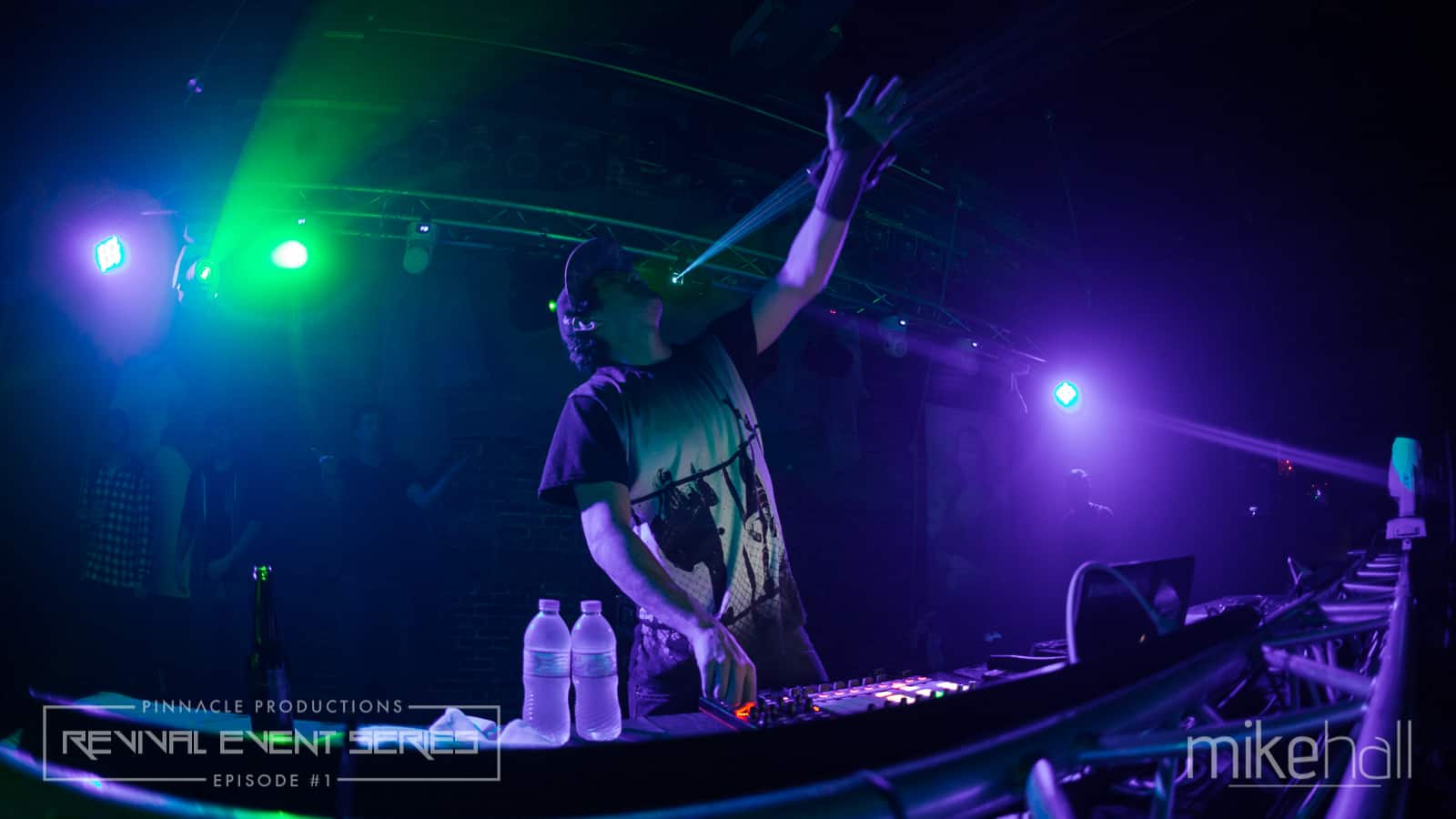 Fans of the growing Electro Funk/Jam Band scene will instantly recognize the name Manic Focus [aka John aka Jmac] and his bouncy beats along with familiar remixes. Originally from the Twin Cities, Minnesota area, Manic now resides in Chicago where Electro Funk is as big there as it is in Colorado.

I caught up with Manic Focus during his 2015 Winter Tour in Sioux Falls, South Dakota where he was headlining with Artifakts. The event was promoted by Pinnacle Productions, who also brought various DJs from the tri-state. On this particular weekend, he happened to be hitting 3 states in 3 nights [North Dakota the night before and Iowa the following night]. Manic was all smiles when we first sat down.

During this epic 3 night weekend, I wanted to know if Manic gets this excited during all of his Midwest shows, and what type of special connection he has with them since he was a Midwest native.

Absolutely! I love playing in the Midwest! The vibe and the energy is amazing. It's a special connection because it's my area and because I can get down with the cold haha. Also all my Hip Hop influences that are from here [Prof, Brother Ali, Atmosphere, all the Rhymesayers and Twin Cities Hip Hop] bring out the same fans to my shows. It's a cool vibe! It's my kind of people!

For those that don't know, Manic grew up on those Midwest Hip Hop influences to start making Hip Hop beats before he got into the EDM scene.

I wasn't really a DJ, I wanted to do Hip Hop for a long time. Then this Dance Music thing came. When I'm making Dance stuff, I still approach it with a Hip Hop mentality. It's more of a Hip Hop beat making approach.

From Hip Hop to Electro Funk. Where did that come from? How did that genre stand out as opposed others?

I heard Pretty Lights and that really inspired me to do it. He's also influenced by the Rhymesayers stuff too. I was never really drawn to ‘4 on the floor' and House stuff. Nothing against it. I'm a Hip Hop guy and I like more of the bouncing beats and that kind of stuff. Hearing what Pretty Lights was doing was really inspiring because you can look at Electronic Music in this genre free, palatable way. It's not a genre. It's just a beat ya know? It's a Hip Hop beat and you can throw any type of sample on it.

Besides playing club venues, Manic Focus has also hit up some pretty big festivals in his career. As I personally have caught him at Summer Set Music Festival, other fans that night kept bringing up his memorable set at Electric Forest in 2014 along with Michael Menert. Manic explained that his mentality and sets don't change, regardless of the size of where he's playing.

I always go as hard as I can every time. It doesn't matter if it's only one person out there. I always see it as someone inviting you in their home and you get to play music on their speakers regardless of how many people are there. You gotta take advantage of the opportunity and be grateful that they allow you to come in and be loud. I can't bump this music nearly this loud at my house! Even if there was nobody here tonight and they'd be like ‘Hey play on these speakers' I'd be very grateful. But yeah either way I go hard 100% every time.

Manic then explained that the festivals do have their own special vibes and although sometimes you need to cater a little more towards those crowds, he doesn't change much.

If the people are there to see me and they're supportive of what I do, then I definitely want to pull out all the stops!

Speaking of Summer Set, fans witnessed the collaboration of Manic Focus and Break Science to form Manic Science for the first time that weekend. How did that combo come to be?

Huge thanks to those promoters who actually pitched the idea! I've always been a huge Break Science fan. [Adam] Dietch and Borahm are just phenomenal and way out of my league [as musicians]! It'd be a dream of mine to ask them to play, but I never had that as a thought to be like ‘Hey you guys wanna start a band?”. What happened was the promoter said they were doing a Grizmatik after-party and one of the other promoters said ‘Hey, what about Manic Science?”. They hadn't heard that we were going to do Manic Menert at Electric Forest yet. Once Michael Menert told one of the promoters [who happened to be the Summer Set promoter] that we were going to do it, they were like ‘They're doing Manic Menert at the Forest! What if we do Manic Science?'. After Dietch and Borahm were super down, my brother woke me up the next morning and said ‘Dude! You're going to do Manic Science!'. I said ‘Wait, Dietch and Borham are down?!'. It was ridiculous I couldn't believe it.

You could tell that Manic was very proud. “I almost had tears from that set.” he said. Manic then told me that he was actually talking to Borham on the way down to Sioux Falls that day. He was going over footage from that very set from Summer Set and mentioned they were going to make a new track. The guys latest track is a remix of Pretty Lights “I Can See It In Your Face”. I asked what his thoughts were on a Manic Science tour.


I don't know about a tour, but we are going to put together an EP. I did a tour with them [Break Science] last Fall, then I went on tour with Big Gigantic, and after the Big G tour I went back on the Break Science tour. At the end of every Break Science show we would do Manic Science. As far as an actual tour together [as Manic Science] I don't think it would extend beyond what we've already done. We want to keep it a special thing for festivals like Grizmatik [GRiZ and Gramatik].

One of Manic Focus' more popular remixes is his remix of the 90s hit “Tubthumping” by Chumbawamba. Before I let him go to get ready for his set I wanted to know what is his guilty pleasure 90s song.

Special thanks to Pinnacle Productions for putting on this event and catering us for the interview! Also thanks to Holman Photography and Mike Hall Photography for the photos. The rest of that photos from the event that night can be found here. And of course thanks to Manic Focus for taking the time to talk with me.

You can catch Manic Focus during the rest of his 2015 Winter tour, as well as follow him on Soundcloud and Facebook.

Advertisement. Scroll to continue reading.
In this article:interview, Manic Focus