Wolfgang Gartner Talks about the Rise of House Music
Advertisement 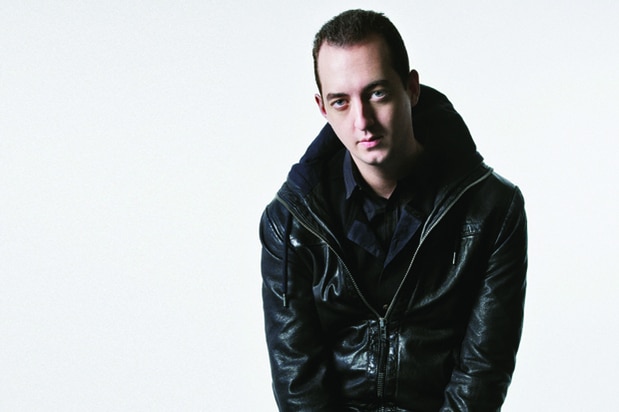 I recently got to exchange words with Wolfgang Gartner via email in anticipation of his upcoming tour, and got to speak about house music, time travel, and more. Take a minute and read what he had to say below!

and check below to see if he's coming to a city near you:

1) What's your opinion on the resurge of house music in America getting more spins on regular top 40 stations then ever, and how do you feel it's effecting the scene as a whole?

Joey: I love the resurge of house music in America and elsewhere, I wish it were even bigger than it is.  The one thing I see is that the live side of things isn't experiencing the same boom as the broadcast side of things.  House is getting played more than it has in a long time in North America, but when these DJs are thrown in front of crowds expecting the festival-oriented EDM they've been fist-pumping to for the last decade, sometimes I see a disconnect in the crowd.  I feel like they love the music but they still haven't quite figured out how to move to it yet, or how to party to it, or whatever it is people need to figure out in order to be able to get down at a show.  People just need to realize it's ok to dance again I think.  I wish crowds reacted more to that sound because I truly love it, but they just aren't quite there yet when it comes to the shows.

2) Before you were a electro/progressive DJ, few know you used to be a Deep House DJ. With 2014 being the biggest year for the genre, how does that make you feel, and do you see yourself creating hybrid deep house tracks with what you've learned as a progressive DJ?

Joey: Well that tag of “deep house” always gets put on my pre-Wolfgang records but in actuality I wasn't making much deep house.  I was making disco house and Chicago house, it was a different vibe than legit deep house, although I'd occasionally make a real deep track as a B-side.  So I've never really been a deep house producer as a mainstay, this new resurgence is awesome and I love hearing it though.  If there was ever a disco house revival then give me a call.

3) If you were given $10 million dollars to build the ultimate club, what would that club be like, and what would you name it?

Joey: I'm not positive on this but I think you may have to add another zero to the end of that figure to build the ultimate club these days.

4) What's one fictional universe you would love to live in and why?

Joey: A universe where cats are the same size as humans.  Because I had a dream last night that my cat was the same size as me and I was petting him and we were just hanging out like equals.

5) What's a country you haven't played in yet that you've been dying to go to?

Joey: Arab Emirates.  The only part of the world I've never been to is the Middle East and it looks really cool, parts of it at least.  Not sure how the gigs are but I'd turn it into a mini-vacay.

6) if you had to pick between owning a time machine, a teleporter, or every exclusive hyper car (Pagani, Laferrari, Lamborghini Veneno, etc.) which would you pick?

Joey: As random as this question is, you wouldn't believe the amount of times a time machine comes up when people interview me, it's the most random thing ever.  So for that reason and because I believe my true soul was meant to live it's glory years in the late 70's making disco, I'm going to have to go with a time machine, Bob.  Did I win?

Yes you did Joey, yes you did. Be sure to catch Joey on tour, and take a listen to Unholy just incase you live under a rock or something:

Advertisement. Scroll to continue reading.
In this article:interview, Wolfgang Gartner