Only In A Dream: An Exclusive Interview With Paul Van Dyk
Advertisement 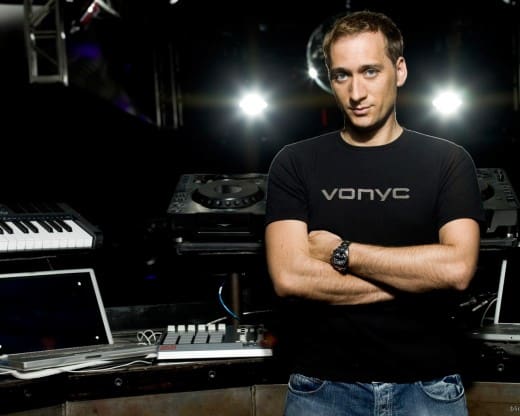 Grammy nominated, globally acclaimed, legend. This is the only way to describe Matthias Paul, better known as Paul van Dyk, one of the first true superstar DJs. From humble beginnings, Paul was born and raised in East Berlin, Germany during the time of the Berlin Wall, keeping in touch with the outside world by radio.

“Growing up, my mother raised me in a way that I would never feel like I was missing anything. If you’ve never had a banana, then you’re never going to miss it, and that’s how I grew up, but once I had a banana, I loved it! Of course, it was tricky and it was difficult. As a music fan in East Berlin, I was lucky enough that I could illegally listen to West Berlin Radio stations, so I basically learned about music and what’s going on through radio.”

Hailed as one a Pioneer and one of the ultimate superstars of electronic music, the world has known Paul as one of Germany’s most successful musicians. He’s surpassed countless milestones in his career, yet he knows he didn’t single handedly bring EDM to its current state of popularity.

“No one person single handedly helped EDM become as big as it is today, but a lot of very very creative people that actually did it. And also, you have to understand that you were basically the geek in the corner while everyone else had fun. It isn’t about what I achieved, but about the next challenge and the next show, delivering the best set I possibly can.”

Paul has such a passion for his music, not wanting it to be called Trance, but Electronic Music, that way he’s not limited to one genre. He’s not a part of the commercialized sound that we hear on radio, but something more meaningful.

“Well obviously you have all these different terms. I don’t know what you refer to when you say “EDM,” but to me this extreme, over commercialized sound isn’t even what I consider as being part of the scene. The music and scene I’m affiliated with is the most progressive art form ever. There are so many great tracks and artists coming out, it’s the greatest.”

With such incredible dedication and love for his craft, it’s not surprise that all of his hard work has paid off. He was the first artist to receive a Grammy nomination in the newly added Best Dance/Electronic Album for his 2003 release Reflections and was named the world’s number 1 DJ in both 2005 and 2006. Yet he doesn’t do it for the fame, he does it because it’s what he loves.

“I’m not doing what I do for some nomination for an award or something. Of course, if you get nominated for a Grammy, it’s a big honor. At the end of the day, you have won the moment when you play. It doesn’t matter what list is here or there. There are so many AMAZING artists and DJs producing the music being played today.”

Currently, Paul is hard at work on his highly anticipated album, THE POLITICS OF DANCING 3, which is set to be released in early 2015 on Ultra Music. His new single, ‘Only in a Dream,’ is the first single off his new album and the video for it was recently released. (Check it out below!)

“It’s confidential. I got an email with a complete timeline of when I can begin releasing more information on it. But I do promise you that it’ll be great. Right now I have a song called “Only in a Dream” with vocals by Tricia McTeague.

Paul sees the uniting power that Electronic Music has. The way it brings people together, to a world where we can leave our problems at the door for a night of AMAZING music and have a good time. The love he has for his fans is without a doubt one of the most incredible qualities about him. Without his fans, he knows that none of this would be possible and rest assured that Paul and his upcoming album, THE POLITICS OF DANCING 3, will amaze the world once again!

“I think electronic music has this sort of uniting element in a global scale and when I find people who are listening to my music and enjoying it, it’s the best thing. It’s what every artist dreams of. Thank you. It’s the only thing I can say. Whenever I have a show, I give it my all because everything that I received and everything I’ve done wouldn’t be possible without them. The amazing energy I get and support, it’s amazing. If I wasn't the one playing, I’d be down there in the crowd jumping, so I feel really connected with them.”

In this article:Paul van Dyk