An Exclusive Interview with Elephante
Advertisement 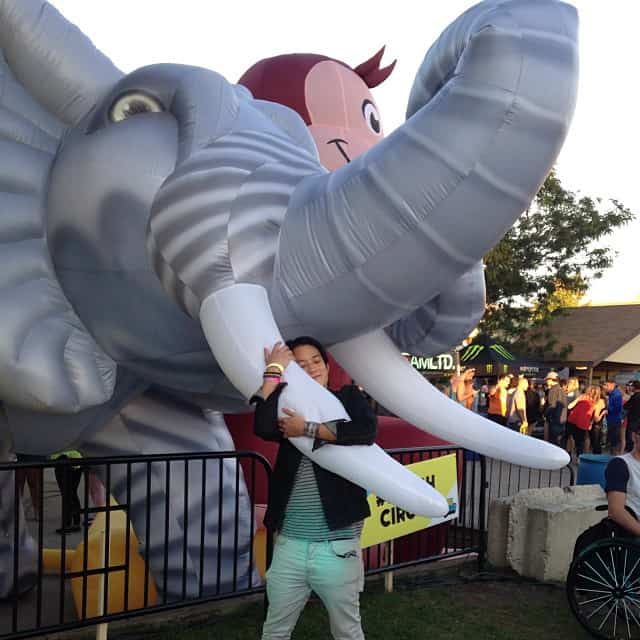 Elephante is a special kind of producer. His rise has been unlike that of most, primarily because of how quickly it happened. What Elephante did this year is very similar to what The Chainsmokers did last year. His growth has been tremendous. Every release is quality and in no time at all accumulates plays well into the six digits. His combination of progressive, electro, and weird robot noises has given him a unique sound – one that sets him apart from others.

Another thing about him is that he has a good sense of humor and is fun to talk to. His favorite movie star is John Cena and his favorite thing to do after finishing a track is to rub his thigh while looking out a nearby window. He hasn't actually ever said that to anyone, but I know him well enough to say that it's probably true. He was kind enough to answer a few questions about music, school, and of course other stuff. The first thing I just needed to know was what a typical day of his consists of.

Wake up, have a deep existential conversation with myself in bed, shower, 8 cups of coffee, pee from all the coffee, maybe eat but probably not. We've made it to 10am woo!

Then around 10 hours of making weird noises on my Laptop and pissing off my neighbors, with a smattering of jumping around my room pretending I'm playing at Coachella. A couple games of NHL 2013 on xbox with my roommate and back to bed with me.

Pretty much my life for the last 6 months. But now I'm getting out to more shows now and gonna start touring more heavily, really gonna miss chel 🙁

Next up, something I have been curious of since the day I turned 18. I would think about it at night, when I'm at The Gap, when I look out the window rubbing my thigh and pretty much every other waking moment. I was hoping he could shed some light on this mystery, and he sure did. “Have a go at describing why you think the word ‘tight' is synonymous with the word ‘good' in communities of gangstas.”

It comes from how firmly the skin on a snare drum is pulled – when its tight it sounds nice and crisp and beautiful, when its not its sounds sad and gross. Nothing worse than a loose snare (giggity).

It was now time for an American classic.”You are lying in bed late one Tuesday night and can’t sleep, so you decide to think about girls you knew in high school for a while. Whilst doing so, you hear a weird sound coming from the nearest wall. It sounds kind of like the feeling of putting two of your fingers into a fresh banana cream pie, but like the auditory equivalent of that. You brush it off, keep thinking about girls you knew in high school and eventually fall asleep. What could be no longer than an hour later, you wake up in a haze. You are not sure what awoke you, but as you look towards the wall where the sound was coming from earlier, you see something strange. There is a hole about the width of a can of Coke Zero and deeper than you can see. Do you stick stuff in it?”

100% yes. Would spend the rest of my life wondering what could have been otherwise.

That was a good answer and honestly, the only correct one. On an only tangentially related note, I asked for his thoughts on the celebrity nude picture leaks and who was to blame for them.

Goes without saying, but absolutely despicable. Definitely not their fault, I have no problem with nudies in principle and everyone should feel entitled to take and send them to whomever they please (me, please send them to me).

Though I will say, if I've learned anything about the Internet, it's that anything can and will go wrong, so as a celebrity its maybe not super prudent from a practical standpoint, but they're only guilty of being attractive people.

In an effort to further uncover just what kind of man Elephante is, the following question was the only logical choice: “If a large woman, a large man, Avicii, you, and two more large women were stuck on an island, would you encourage them to lose weight or is it their decision and not up to you to tell others how to live their lives?”

I'd try to lead by example and show them my dope ass bod created from a strict coconut and seagull diet. No carbs up in this island!

Once again, he hit it out of the park. There's no denying he is a great guy and a pretty good producer. Since most people know him for his producing, it only made sense to touch on his music at least one more time. Here's what he had to say when asked what makes his music special.

It's hard for me to say, I suppose I like my music because I made it, but I really am blown away by all the love and support I've gotten. I try to keep things familiar so people can relate to it but also add some weird stuff to give it some edge and keep it from being boring. So maybe its the robot noises, maybe its the trap influences, maybe it's Maybelline, I really don't know and feel really lucky to have people listen to my stuff.

For those unaware, Tim (Elephante) attended Harvard. The best and worst aspects of being there were not as surprising as one might have hoped.

The worst was the dining hall food, that shit sucked. The best thing, as corny as it sounds, was the people – of course there was a large amount of intense douchebaggery happening, but there were a ton of really awesome, brilliant people who were much better at everything than me. If only they didn't all work in finance…

The interview was getting a little out of hand at this point. A little too crazy. It was time to reel it back in. “Which type of melon would you say is the most pleasurable to squeeze? In addition to that, tell me about your first kiss.”

I can't think of any melons besides watermelon and cantaloupe, are there other options? I guess cantaloupe, feels more like the real thing, just like a bag of sand.

That is the correct answer.

And my first kiss was with a young lass who actually just got married, which is great because now I will never lose another argument with her husband.

Haha yeah husbands are lame. Speaking about husbands, best moment of your life so far?

I don't know, I'm like the luckiest guy on the planet (except for fantasy football last year, that was bullshit), so even like sitting on a plane flying to new york for a show is a pretty stellar moment.

To thank Elephante for being such a good sport and joining us for this interview, it was now time for four more questions. Rapid fire this time.

How long would you say it typically takes to make a track?

Anywhere between a couple days and infinity, but on average probably 40-50 hours.

Who is the current Prime Minister of Canada?

How big is too big and how small is too small (like just in general, nothing specific and in reference to nothing in particular)?

To wrap this up, what message would you like all the average looking, single, 18-25 year old guys who are kinda tired out there to hear?