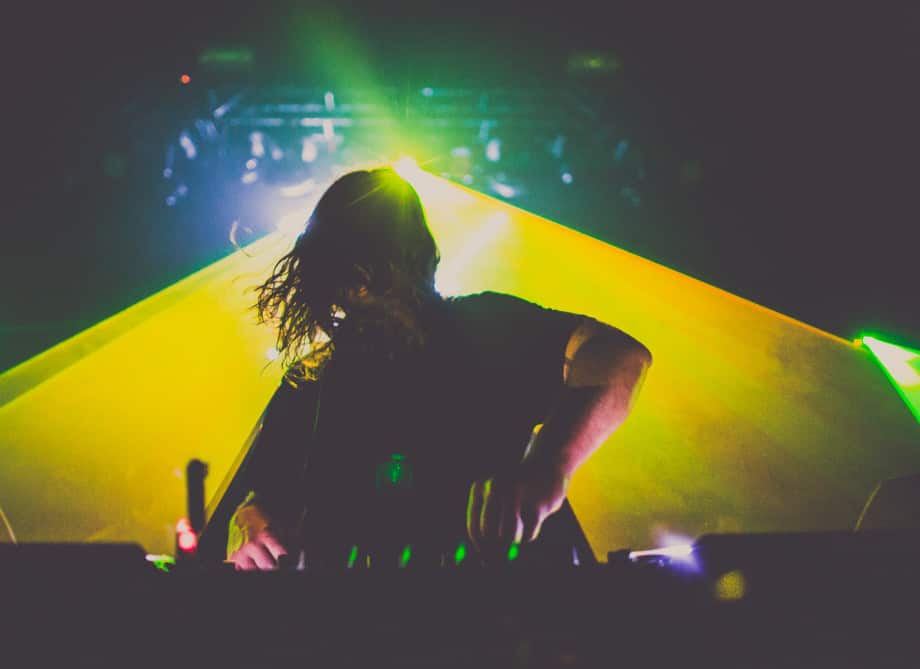 This past Saturday, EDM Sauce had the chance to have a sit down chat with one of the top producers in the world, talented Australian DJ/Producer Tommy Trash. We talked about performing again in New York City, the new generation of EDM, inspiration, and his plans for new music. Tommy Trash greeted me when I walked in with open arms like we were old friends, so before the interview even started I knew it was gonna be the best one I've ever had. I opened up the convo by asking about how his US tour is going (Tommy Trash is currently on his North American Tour with friends Wax Motif and Henry Fong) and about the set he was planning to throw down at Pacha NYC.

How does it feel to be back here in NYC?
It feels amazing, I love it here!!!! Pacha is always crazy and I think tonight is going to be no exception! This is the second day of the tour, we did Boston last night and we’re ready for round two!

Give me an example of a track you really like but didn't make.

I think I'd say… Zedd’s ‘Clarity” – I think its got an amazing vocal, very girly, and I appreciate it from a songwriting point of view. I actually made an edit with the vocal on a track I did with one of my best friends and it sounds awesome, I’ll play it tonight. It works so well with the track, it sounds like the vocal was made for the breakdown. So I’ll do stuff like that where it's giving people what they want but with my own music at the same time. I think that's a really important thing as an artist. You can’t just go out and play a top ten song; you have to put your own little twist on it. I also like surprising people with drops they never heard or playing an acapella that they know with a breakdown that they never heard before. Where they can say, “we know this but its different, but I like it, but I don’t know what this is.” Its a cool thing to do!

I like surprising people with drops they never heard. Or playing acapella that they know with a breakdown that they never heard before. Where they can say, “we know this but its different, but I like it, but I don’t know what this is.” Its a cool thing to do.

How do you feel about the new scene of DJs coming up like Oliver Heldens, Martin Garrix, TCHAMI?

Yeah guys like Heldens and TCHAMI are like bigger than big, I think more than ever right now, kids right now are searching for something different. A lot of the big names play dope records, but in my opinion theres a real shortage of unique and dope records. That's why I think guys like Tchami and Oliver Heldens are great; they're doing something different. Whereas the bigger guys might take some risks but its like a smaller part of the set. I love playing that kind of stuff you know? [future garage, deep house]. The crowds really respond to it too. People want to hear something different but still something they can dance to. So I think its great, I love when a new artist comes up that I’ve never heard before and they are making great shit. It’s really inspiring, you know? It can inspire you if you are open minded enough as a producer – it can inspire you and your own stuff. If you’ve been listening and doing this for a long time, its really easy to get stuck in your ways and to just have tunnel vision. Tunnel vision can be great if you’re forging a new sound, but you still have to be open minded I think. The best producers really take influences from everywhere and combine it to make it their own.

I was just going to say, what does inspire you?

Like the Tommy Trash ‘Inspire’ 2-disc set. I pre-ordered that one, that one was awesome. The disc one was a trip in time!

The disc one really was of a younger generation. Trance is fucking dope music that they probably never heard before. But thats where I came from thats the kind of shit I used to club to and I used to listen to. I'd be on my computer trying to copy those kind of songs back in the day!

What's your bulletproof plan for the Zombie Apocalypse?
To be completely honest with you I've never really thought about that…. I’d probably… take a lot of canned food and a lot of seeds and I’d move to the most far away cabin possible… I’d pray to someone, and just pray that I don’t get fucking brain eating things attacking me… Shit. Now that you asked me that I’ll probably think about this a lot. Yeah I need canned food, fresh seeds to plant crops so I can be sustainable for all of eternity.

So whats on the horizon for your future besides gathering canned food? I'm a big fan of your podcast. So I'll be waiting for that to come out.

Yeah my podcasts are like a combination of stuff that I like, like bootlegs, but also just like cool dance music. I try to have the first part be kinda cool tunes and the second half of it is music I use in my sets. That way the whole thing builds up. You don’t blow your load the first shot, you know? You have to build it up.(laughs)

Are you expecting any new music or any new collaborations?

The rest of the year I’m doing tunes, I’m doing a lot of collaborations with friends of mine that I really love to work with in the studio. So I got something on Nicky Romero’s label with Wax Motif that I’m going to play tonight. And then I’m working on something with Henry Fong who’s also on the tour, and then I got something on Spinnin’ Records with Burns who does a lot of stuff on Calvin Harris’ label. Burns is a really talented guy, I think he’s going to blow up in the next couple of years. I’m betting on that guy. He’s really nice. Oh, and some solo stuff as well. I’m going be very very busy.

AWESOME! Well Im excited for that.

After our interview was over, Tommy Trash took the stage and spun another incredible set. I have seen Tommy Trash a bunch of times at festivals and at nightclubs, and just like always he never disappoints his fans. He took everyone by surprise with his jaw dropping build ups and hard hitting drops – Pacha New York City nightclub danced the night away and plenty walked away as trashed fans for life. Huge thanks to TT for taking time out of his insane schedule to chat with us!

In this article:henry fong, Tommy Trash