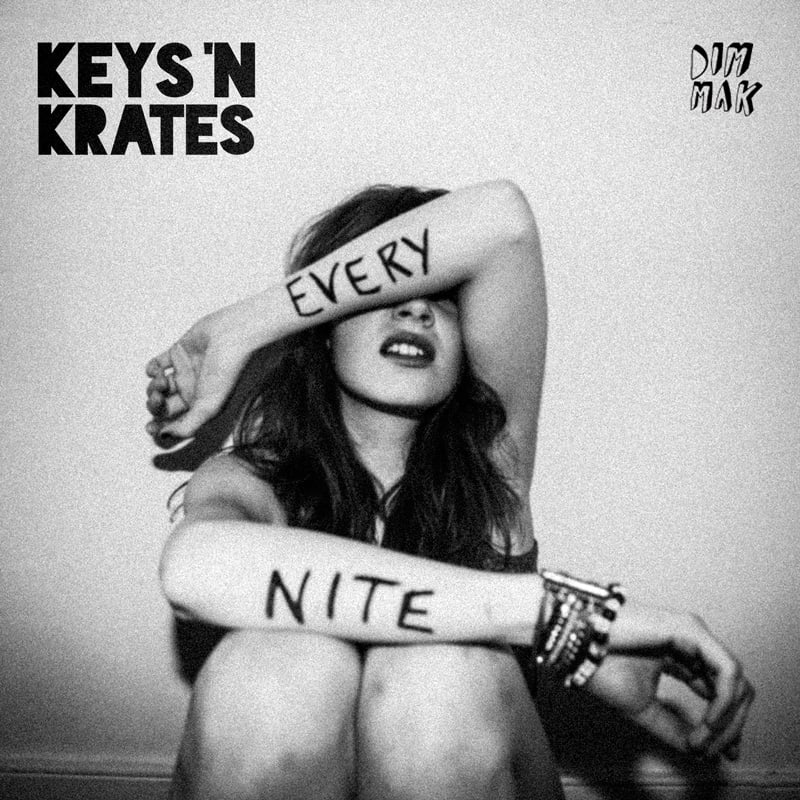 Always on the lookout for new music, sometime last year I stumbled upon the track “Treat Me Right” and immediately fell in love. Obsessed with the band’s unique beats and trap sound, I did some quick research and wasn’t surprised to find that the release was launched with support from some of the top players in the game like Diplo, TNGHT, and Flosstradamus. Still to this day, the track is one of my main repeaters (what I call a song I never get sick of), and it was produced by none other the amazing electronic trio: Keys N Krates.

This weekend, I got the opportunity to sit down with the Toronto-natives, Adam Tune (drummer), David Matisse (synthesizer/keyboardist), and Jr. Flo (turntablist) at the start of their new, massive North American tour, here in San Francisco at the Summersalt Festival.

Me: I just listened to your guys’ new EP, ‘Every Nite.’ It’s amazing! Are you excited for the release?
Flo: Yea! Super excited! I mean, we’ve been working on this so long, and as an artist, you just want to release it right away. But unfortunately, that’s not how labels and stuff work; you have to wait for release dates.

Me: What was the inspiration behind it?
Matisse: We are constantly digging from new music and new grooves. I feel like in the past, we just had tracks and we would put them together for an EP. This time, we made tracks that go together. They all have one cohesive sound, a dark melodic, lush sound; we wanted something that could be played at clubs and at home.

Me: For anyone who isn’t familiar with your music, how would you describe your sound?
Matisse: Uhhh, weird rap beats is the best way to describe it, I think.

Me: How did you guys meet? Where did the name Keys N Krates come from?
Matisse: Well, me and him (pointing to Adam) went to college together, and then we met through a mutual friend (looking at Jr. Flo).
Flo: And then the name is pretty obvious, it was just from one night of brainstorming.
Matisse: Keys, because of the piano
Flo: And then krates are what they used to carry records around in.

Me: Who’s your guys’ role model?
Flo: Oh man, how could we even choose; we are always sourcing new music. I grew up listening to guys like DJ Premier, Timbaland, and Just Blaze.

Me: What are you listening to when you’re not in the studio?
Matisse: Ocean sounds.
Flo: Yea, I listen to nature sounds. But I’ve been listening to FKA Twigs lately.
Tune: Rap.

Me: What would you be doing if you weren’t making music?
Flo: Well, I have a psychology major, so I guess I’d be doing something with that.
Tune: Probably a Repo Man or something like that (as he laughs).
Matisse: I think I’d be a bartender or something. Actually, I’m not going to lie, I’d probably be directing pornography. (more laughing)

Me: Any crazy stories?
Tune: Uhhh, not really. We threw a girl off stage once. More has happened, but I don’t think we should really say…

Me: Then what about your best show or favorite moment as Keys N Krates?
Tune: Red Rocks, for sure.
Matisse: Lollapalooza
Flo: Yea, I’d have to say Lollapalooza, too.
Matisse: People always ask us: “when was the moment you realized you made it?” And I never know what to say, because I don’t think of it what way. But Lollapalooza, looking out at all the people was really crazy. That was a moment.
Flo: Chicago was one of the first cities that liked us. I remember playing shows for like 25 people, and then we came back for Lollapalooza. It shows how far we’ve come.

Me: What can your fans expect next?
Flo: Our tour.
Matisse: Yea, come see us in your city. This is our biggest yet. We have lights, subs; we want everybody to walk away with an experience.

Me: One last question, if you were any cartoon character, who would you be?
Matisse: (After some thought) Optimus Prime.
Tune: Oh man! That’s who I was going to pick!
Flo: I’d be sideshow Bob.
Tune: I guess Tweety Bird (as he pulls up his sleeve to show a Tweety Bird tattoo and laughs). Eh, I guess Snoopy.

As we wrapped up, I thanked them and wished them good luck on stage. And they delivered. If you haven’t had a chance to see Keys N Krates live, I highly recommend you see them in a city near you; it’s truly an experience. It is rare nowadays to see an electronic performance with live instrumentation, and the complete and utter joy on their faces is inspiringly contagious.

Pre-order the new EP ‘Every Nite’ here on iTunes (out later this month!).

Advertisement. Scroll to continue reading.
In this article:Keys n Krates

Casual T – Still Thinking of You