Moguai: Staying Fresh In an Ever Changing Scene
Advertisement 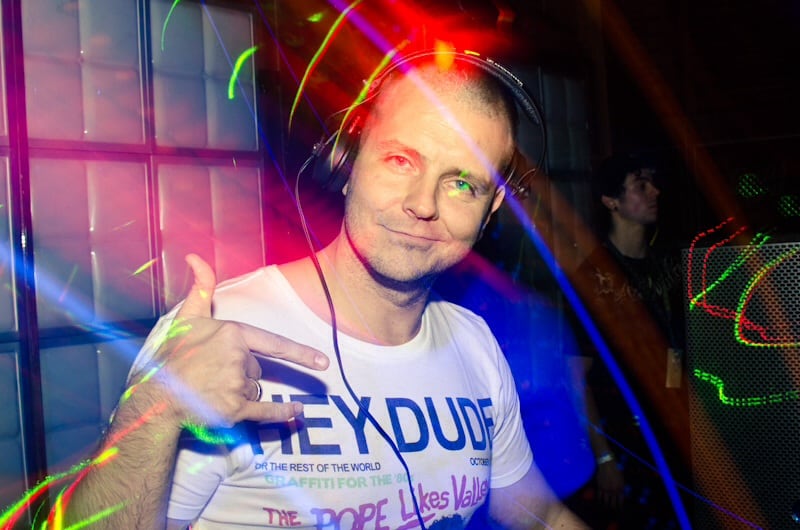 André Tegeler, better known as Moguai, has been producing and DJing for over 20 years. The German artist has seamlessly traversed several sub genres of EDM and continues to push the boundaries of what is possible in sound design. EDM Sauce was lucky enough to catch up with Moguai shortly after the WMC, during his US tour. EDM Sauce was able to see what makes the man behind ‘Mammoth' tick and how after over two decades of production he continues he keep his sound relevant in an ever changing EDM landscape.

I’ve always remained true to myself and only played the sound I truly love. It just so happened that this sound couldn’t be classified into one certain genre, which makes it kind of timeless. Due the fact that I love loads of different styles, there was never a real chance to peg me as strictly a Progressive House DJ, for example. For me, it’s important to always be inspired by my surroundings. If the life around you changes, you also change and that of course affects your musical output as a producer and artist.

Moguai has been playing international shows for over fifteen years and has collaborated with some of the biggest names in the industry. He has released singles and remixes off of several Record Labels including: Spinnin', Size, Mau5trap, Vandit and Doorn. While he appreciates all of his releases like a parents does their children, Moguai does admit releasing alongside Deadmau5 and Skrillex at Mau5trap, “was definitely a huge boost for my career and a door opener to a wider global audience.” Moguai also runs is own label ‘Punx' and has a radio show called ‘Punx Up the Volume'. There is an obvious theme, and it makes perfect sense when considering Moguai's all around originality.

’Punx’ is a synonym for being different! With regards to my label and the ’Punx Up The Volume’ radio show, I always try to come up with some new and fresh material that differs from the rest. I don’t want to stick with only one style or idea, I want to be open for new stuff and Punx is my way to express that.

Moguai has had equal success in a staggering amount of sub genres. His early start in electronica gained him international notoriety with tracks like ‘U Know Y' and ‘The Rock'. As he progressed Moguai achieved success with progressive house anthems such as ‘Lyve' and ‘Nyce'. And of course everyone is familiar with his chart topping mega-hit with Dimitri Vegas and Like Mike, ‘Mammoth'. While Moguai has tried out several different styles, he prefers one in particular, even if it does turn out different then he initially intended.

I prefer to create club bangers or club hits – at least that’s my approach – but of course sometimes they end up being more progressive tunes. In some way: music for the masses, but with my personal style.

Moguai is an awesome DJ to watch perform. It is clear he absolutely loves the music that he plays. When spinning a set his face is lit up like a child on Christmas morning. He jumps with the crowd, gives out high fives and gets giddy when transitioning into a song that he knows will get its desired response. Many artists look at performing live as an unfortunate annoyance of being a DJ, and would much rather just stick to production. Moguai on the other hand loves seeing a crowd's reaction to his music and uses it as an invaluable tool.

For me as a producer it is really important to get direct feedback from the crowd while playing live shows. There’s no better way to find out if your tracks will be successful or not and of course as a DJ it is one of the best feelings ever to give the fans a good time. It’s great to see them having fun with their friends and enjoying the music. They are able to escape from their daily routine and just let go – and I love to make that happen!

Moguai is a true believer in following your instinct. He loves the creative process behind production and could not imagine making music that is not from the heart. Ever since the explosion of dance music into the mainstream, there have been countless numbers of kids and adults deciding to take a chance and try their hand at production. Moguai has a few pieces of advice for inspiring producers.

My advice for all producers is to only do what you love and what you are convinced of. For me a new release always has to be better than the last one. That’s a way of pushing myself to become better and better, but always without losing sight of what I want to express with it.

Humility and grace are two things that sometimes seem hard to come by among such incredible talents in dance music. Moguai has so much of the two, he radiates a sense of friendly confidence. At one point before his music career Moguai actually debated starting his own skateboard company. But as his music began to gain popularity he knew that it was his calling. He actually converted one of his biggest ideas for his skate company into his life as a DJ.

Actually it’s from my sister. She was working on an architecture project during her student days where she had to design a club in Barcelona, which she named ’Moguai’. Back in the day I was skateboarding a lot and always dreaming about having my own skateboard company called ’Moguai’, but then the whole music thing came along and there was no doubt that ’Moguai’ had to be my artist name.

André has been going strong for twenty years as Moguai and there is no end in the foreseeable future. He continues to hone his craft and do what he loves, as well as constantly gaining more recognition for his productions. Moguai has a lot planned for the second half of 2014, but only time will tell what direction his heart took him in this time. The only thing that is for sure, is that no matter what it sounds like it is a labor of love and fun.

A champion of dance music with a timeless touch, Germany's MOGUAI is a hall-of-fame figure whose work reigns among the greatest to ever do...

German DJ/Producer Tomcraft’s latest release ‘Happiness’ is overflowing with history. The renowned vocal lines are based on an excerpt from Andre Martin’s 1999 soul-drenched...

Spinnin' Records' Spinnin' Sessions heads to the big apple this labor day weekend for their first ever yacht cruise set to depart on the...