Review: Above & Beyond Return to Echostage
Advertisement 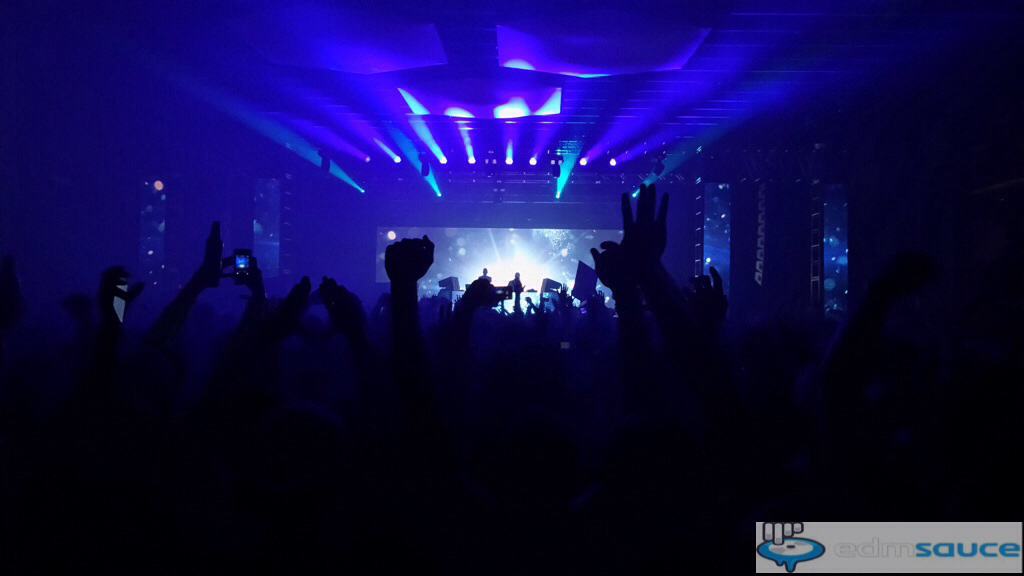 Echostage in Washington DC had an exciting week. The DJ Mag ‘Top 100 Clubs' list was released and the results were favorable for the landmark establishment. Echostage was rated #19 in the world (a jump from #38 last year), #3 in the country and 1st on the east coast. With such historic rankings it would only be right to follow up the announcement with a show that surpasses expectations. Luckily for Echostage Above & Beyond did everything in their power to make the night one to never forget.

Roberto Gonzalez took the stage at 10pm shortly after doors opened. Playing a mix of big room and electro house as well as some deep and techno, the resident opener set the mood perfectly for what was coming. At midnight the stage lights were brought down as the crowd quieted with excited anticipation. Soon the rankings of the Top 100 Clubs were displayed across the visual back screen of the stage and the 4,000+ strong attendance responded with an approving uproar. After the announcement the lights dropped dim again as two figures strolled out behind the decks. Above & Beyond rarely plays together as a threesome, more times than not two members perform live as the third stays behind to handle house keeping for Anjunabeats. That night Paavo and Tony were present as Jono stayed behind to broadcast the group's radio show, ‘Group Therapy'.

As the lights rose and revealed the superstars the sold out crowd cheered with such an intensity the entire venue seemed to shake. Quickly the pair opened with Mat Zo's ‘The Sky' and as the song began to build steam Paavo typed his trademark messages out to the crowd. He talked about missing out on the groups last show at Echostage and made it clear he would Make Up for it… and did he ever. The pair traversed the entire realm of trance and progressive house throughout the night. They played all of their iconic tunes such as, ‘Sun and Moon', ‘Alchemy', ‘Thing Called Love', and ‘You Got to Go' as well as a few creative bootlegs including ‘On My Way to Heaven' mixed with ‘Mariana Trench' and a beautiful combination of ‘Sun In Your Eyes' and Tiesto's ‘Flight 643'.

Above & Beyond also demonstrated that their label, Anjunabeats is as strong as ever. Tony and Paavo payed homage to Andrew Bayer's hometown by playing his club mix of ‘Need Your Love' as well as his track with Norin & Rad, as the project Artificial, ‘Stuck in Sa Caleta'. Also featured from the label were Jaytech, Super 8 & Tab's ‘Code Red', as well as ilan Bluestone's smash hit, ‘Spheres'. The latter of which threw the crowd into 5th gear as the night progressed into overdrive. Just as soon as it felt that their set began, at 2am the humble pair of London natives were thanking the crowd and assuring them that they would return as soon as possible. They closed with their beautiful acoustic version of ‘Alone Tonight' that capped off the night with raw emotion that could be seen on the faces of every person in attendance.

At 2:15am Roberto Gonzalez returned to the stage and closed the venue until 4am for those still needing to process exactly what had just happened. Tony and Paavo soon hopped a plane set for Miami where they played Ultra (albeit in an unorthodox fashion) the following day. They left the Echostage crowd in emotional shambles as the mob of satisfied fans returned to their cars, sporting ecstatic expressions that matched that of middle schooler after his/her first kiss. It is safe to say any amount of time is too long until Above & Beyond return to the nation's capitol.

In this article:Above & Beyond, Echostage, Review