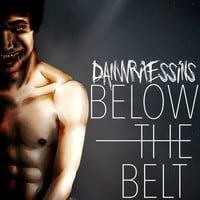 Recently I had the opportunity to sit down with EDM vocalist, twitter bad boy, and all around great musician, Danwritessins. Dan is known for his hit song ‘Control Freak' which did pretty well when it was released reaching a top spot of 142 on the iTunes charts. Dan has been on hiatus recently when it comes to musical production, but that has not stopped him from spreading his name and popularizing his career in a different way. @Danwritessins is his twitter account, and boy has it blown up! With over eighty three thousand followers on twitter, Danwritessins has attracted people to his no bullshit attitude, and satirical comments that will leave you laughing for a long while. When Dan and I talked, I could immediately tell that it was going to be a funny and exciting conversation.

EDMsauce: So Danwritessins… When did you start getting involved with Dance music?
Dan: I have always enjoyed musical production and singing, so when the opportunity arose when I was sixteen to delve into the field I took it.

EDMsauce: What did you start off doing?
Dan: I had some input on the tracks, more influence on ‘Control Freak.' I sang on the track, and it really took off reaching 142 on the iTunes chart.

EDMsauce: Who did produce that track and when was it released?
Dan: The track was released in 2012 by S3rl. This track got us on Warped Tour opening up for T-Mills.

EDMsauce: How was that? Performing on Warped Tour?
Dan: It was amazing! I was allowed to get real rowdy on stage, and able to do whatever I wanted. Except sometimes I would be told that I was not supposed to bring people on stage, and after the show they told us that we were not allowed to come back haha. It was about 9 out of 10 venues haha.

EDMsauce: Since you were touring so much, you obviously did not have time to produce more music. Do you have any new songs, or perhaps an expected album?
Dan: I do have a few songs that will be released this year. One is called ‘Can't Stop Now' which is a pure Dubstep song that I recorded the vocals for, and ‘Jiggle' which is an awesome trap song that people will really feel. More importantly though, I will be performing at Ultra Music Festival in Miami.
EDMsauce: They definitely won't tolerate your shenanigans there haha.
Dan: No they won't, I'll definitely have to tone myself down there. I'll be showcasing the new singles there, so that'll feel amazing.

EDMsauce: Where do your influences come from anyway? seeing as you're becoming a more consistent producer and singer, it would be nice to know what makes your creativity roll.
Dan: Of course I love all genres of music, it's important to stay diverse and understand a wide scope. But to be honest, I do not have any specific influence. I am not saying I am one of them, but all the greatest artists have created their own trademark style of music. Though I may not have stumbled upon mine yet because I am still new, I hope to one day solidify myself as one of those revolutionary artists. Which is what every musician or artist should strive for. It may be a little tough for me right now because I had a backwards coming into the spotlight. Instead of working hard on a certain sound for a certain album, I was presented on one song that just took off. I know that if I work hard enough I will not just become another one-hit-wonder. Which is what I hope to solidify in the upcoming year.

EDMsauce: What really sets you apart from other musicians and producers is your “no-fucks given attitude,” most notably your persona on the well known ‘Rave God' #Danwritessins Twitter account. A lot of people on Twitter bash you for your attitude and the way you handle yourself, what does your Twitter account actually portray about the real you? Or if your account doesn't portray you at all?
Dan: Obviously I started the account when I began gathering a larger fan base, and has continually grown from there. My ‘Rave God' account, with just the name alone, shows my sense of satire towards what I think about people in general. I would like to start by saying that my ‘Rave God' account, and my actual personality do not coincide. If you meet me on the street, or get introduced to me do not think that I will begin tearing into you like I do to many people and ideas on my Twitter account.
EDMsauce: So your account is basically satire?
Dan: Exactly! I point out flaws with in society in light of themselves through a funny manner that many people understand, while others do not. I participate in everyday life and I succumb to many of the flaws of our society, but with my account I am able to step back from them and observe them as they unfold. I did have two incidences with Borgore and Chris Crocker, you know the guy who made the ‘leave Brittany alone!' video? I got a few angry words from Chris Crocker after I said something negative about him, but nothing more than that. Then Borgore attacked me for reasons unknown to me saying, “Rave God is nothing more than an EDM vocalist, but he needs to take what he is doing seriously.” That just pissed me off because people always say that we should never take life seriously, or that if you're having fun doing your Job then you'll never work a day in your life. If this is true then why take what I do seriously? I know my lyrics are not deep, I know I am fucking crazy, but I take pride in not watering things down. I do what I do for myself. If you don't like it then fine, other people will.

EDMsauce: Much like the constantly trending hashtag, #nudesfordanwritessins. People definitely like you if you are receiving scandalous pictures.
Dan: There is actually a funny story behind that hashtag. I tweeted one day that I was getting my wisdom teeth pulled, and I guess while I was getting the operation a few girls sent me naked pictures in order to make me feel better haha. I obviously didn't know about it till after my surgery, but at that point i was prescribed very strong painkillers. I found out about the trend while in a practically comatose state, and just decided see how long I could milk it. Its been going strong so far.

EDMsauce: Any last comments or requests for everyone who reads this?
Dan: Yes actually. My Clothing line has just been approved, it's called ‘Denied' clothing line. And also, in the near future more collaborations with some great producers will be released, so keep your eyes peeled and your ears ready.

Check out Danwritessins Soundcloud below, and don't forget to stay up to date with all of his progress on his always fun Twitter account ‘Rave God' @Danwritessins.

In this article:danwritessins, rave god