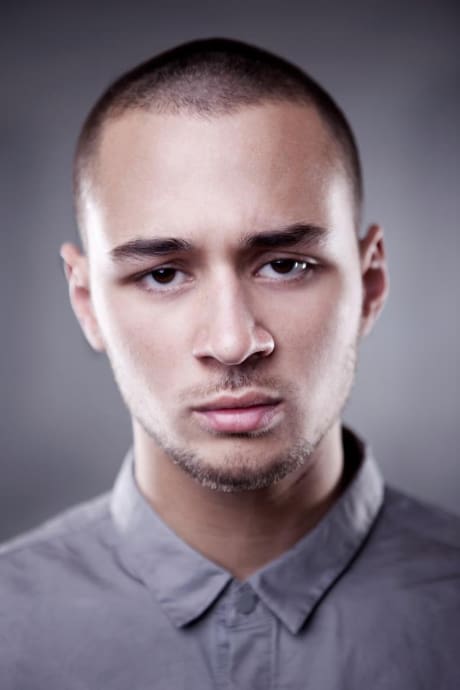 Up and coming artist The Frederik out of Denmark has just released a brand new 4-track EP entitled ‘Fail Better' via No Tomorrow Recordings, NSD's sister label. Unveiling his second EP for No Tomorrow Recordings, The Frederik returns with his explorative and intelligent sound on this four-track EP. I was lucky enough to ask this extremely bright artist a few questions and he did not disappoint. Be sure to check out his new EP ‘Fail Better,' it is exhilarating and nothing short of excellent.

Q1: When did it all start for you? Did you know you wanted to be involved with music before your teens, when did you develop your unique sound that you are known for?

A1: It didn't really start, its always been there. I've been listening to music as long as I can recall, and even playing instruments since the age of 7 or something. However it wasn't before my late teens I decided I wanted to pursue music professionally, I always though I wanted primarily do design or likely for a living, which now appears to be secondarily as still do all graphics, logo-design and visual branding of The Frederik. I had been releasing music and dj-ing for though-roughly 4 years before we launched The Frederik, upon the interest from mau5trap. I had reached the point where I was pretty fucking tired of everything club and DJ related, playing the same clubs locally all-over again, and in a mad out-of-this world alcohol rush I broke my hand in a fight – which left me unable to do a regular daytime job or likely, so I pretty much locked myself up in the studio, re-thought everything and wrote “Heavy Crownage” and “The Evil Version”, which were the track that actually caught mau5trap's attention, and was the beginning of my re-birth as The Frederik.

Q2: What kind of impact has your classical training had on your Music Production?

A2: It wasn't actually before the latest productions of my earlier aliases and The Frederik, that I got to fully implement in. I figured I had to get into the electronic music production and thinking first, leaving everything I knew behind in order to understand this world. Electronic music was for me in many ways also a showdown with music as I knew it, so I had to get inside and a higher level know my way around, before I started bringing my classical influences and all over musical training and education into my production.

Q3: Do you have any pre-performance routines to get you in the zone? Eat any specific foods or listen to a certain type of music?

A3: No not really, I usually get fucking stressed out before right before a show, like tripping balls – but as my A&R told me, the day I dont feel the rust before, its really time to quit. However at a show I did with Adventure Club, my entourage started humming the same melody as they do in the first lunch in “The Wolf of Wall Street” to get my insane stress level down, so this might be a thing well be doing from now – it was hella fun anyways.

Q4: Do you have any plans to tour in the USA? Would love to catch a show.

A4: Ofc. But as so many things always is happening back and forth behind the curtains, I can't reveal any details at this point, but we might even also be doing South Africa, which I'm insanely pumped for.

Q5: Do you think you are similar to any other artists or would you compare yourself to anyone?

A5: No not really. I am The Frederik and I unleash the sounds that keeps running in my head before they drive me crazy.

Q6: What are some over your other hobbies? Collect anything?

A6: As it figures when I'm using the majority of my time making music and working with design, which I've always done, my hobbies are my work: I'm finding myself having a hard time working with something that doesn't serve any particular purpose or further enhance your skills towards a greater goal.

In this article:Fail Better, The Frederik