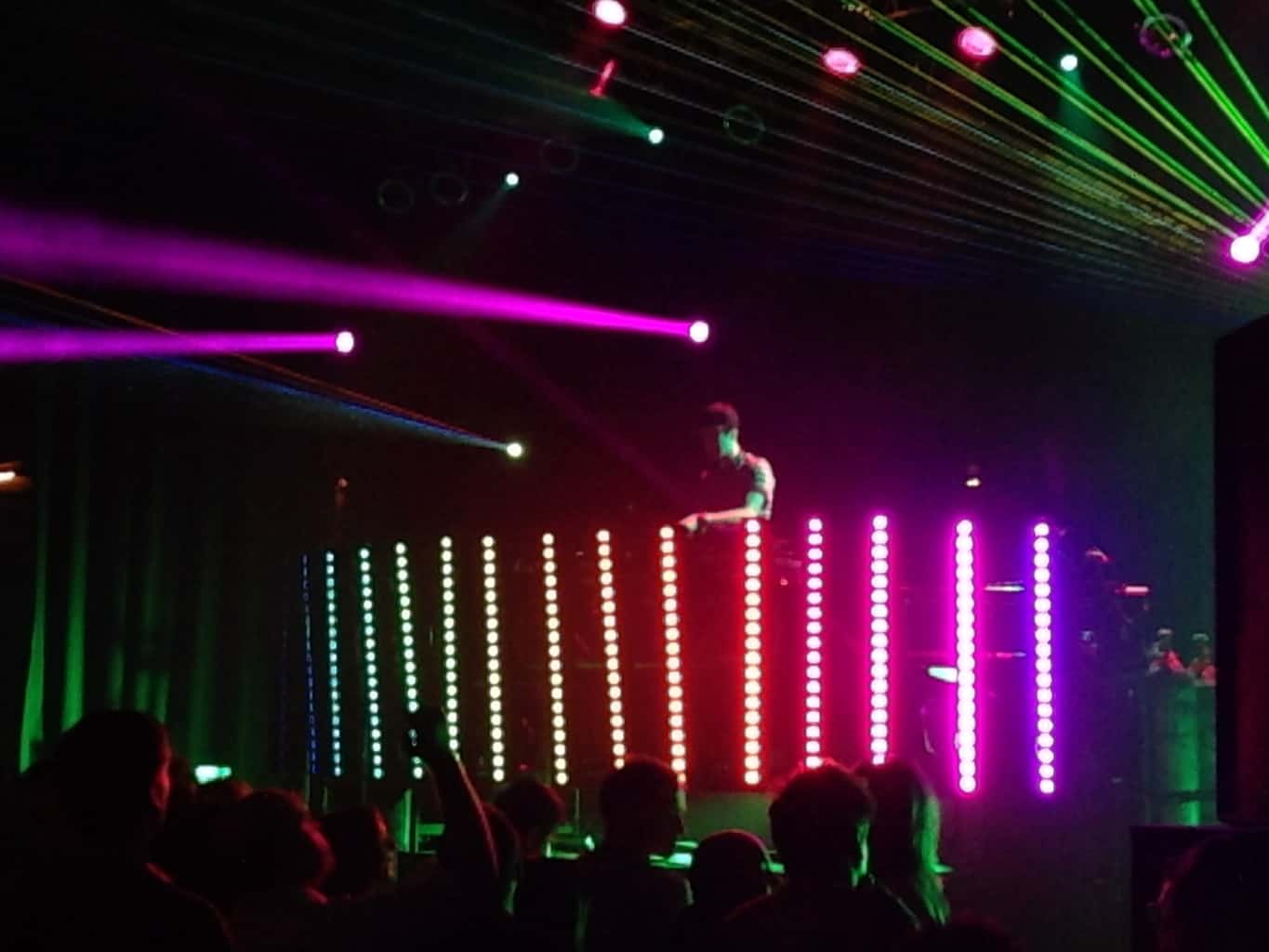 When it comes to EDM shows, you usually have to pick three of the following four: a big headliner, a quality venue, high-end show production, or a reasonable price tag. Luckily, EDM Sauce has found all four at The Depot in Salt Lake City, Ut. In the past few months, it has played host to virtuosos Big Gigantic as well as the prolific R3hab (links are to EDM Sauce's coverage of the events!). This month, the marquee names continue to roll into SLC through the production wizardry of Live Nite Events, as DJ Mag Top 100 newcomer Mat Zo graced the venue with his presence on his nationwide “Damage Control” tour.

With the weather outside slowly reminding us that winter is approaching in the city that once held the Winter Olympics, it was the duo from the permanently warm Orange County, California, Norin & Rad, that had the task of priming the crowd. As it is with Dada Life, the producers looked similar enough that it had to be questioned whether or not it truly was two performers, or simply one with a mirror image hologram standing next to him. Appearances aside, Norin & Rad weaved through the omnipresent Animals by Martin Garrix, mashups of “We Are Your Friends,” and a remix of The Killers – Somebody Told Me just to name a few. They loved to delve into the mainstream while also mixing in deep jungle house stylings with metallized drone-like basslines all while keeping a non-robotic swing reminiscent of TJR. With the clock approaching midnight, it was time for the man of the hour to step up and plunge us all into the depths of his now released new LP.

In a coy sort of fashion, Mat Zo snuck out onto the blackened stage and climbed up on the platform with a sly smile on his face, unintentionally telegraphing his love for performance. Bucking the trend of starting off with a banger, Zo opened with a Middle Eastern style chant backed by a lilting, sitar-like, waterfall of arpeggiated chords. The non-traditional start didn’t frighten the crowd as they listened intently to the offerings given to them. Eventually, knowing his audience, Zo began his EDM sermon with the disco infused, Daft Punk alluding, hyper-house track “The Way It Was” by Wolfgang Gartner. Zo stayed close to Wolfgang in his early set by unleashing Wolfgang’s collaboration with Tommy Trash “Hounds of Hell.” It wasn’t long before the more expected electro style of Mr. Zo was abandoned for the flowing, bass-heavy, sounds of Bassnectar & ill.gates’, “Expanded.” Of course sprinkled throughout the night were tracks from the new “Damage Control,” including the modern electro version of the Beverly Hills Cop Theme, “Bipolar” and the round, loosely melodic trap track “Caller ID.” The new tracks caused many thrilled looks of “Is this the new stuff?!” and even got a codger, 30 years too old for the crowd, to get out of his VIP seat and dance his ass off, even if it was a half beat off every time; It was a night that was enjoyed by all from the YOLO tween crowd to the mid-life crisis True Religion sporting dad and everyone in between.