'Basslights' Will Return to Virginia This New Years
Advertisement 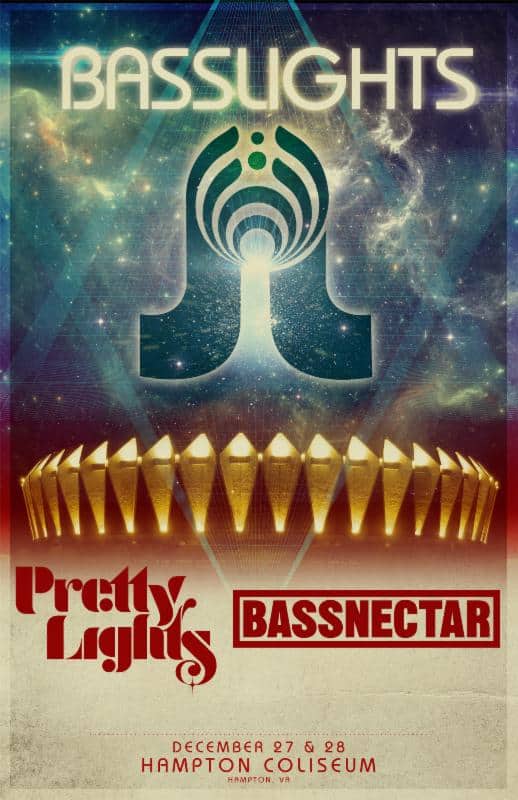 Bassnectar and Pretty Lights announced Tuesday via Facebook that they will be joining forces again for their next “Basslights” performance on Dec. 27-28 at the Hampton Coliseum in Hampton, VA.

Following their successful performance in Miami this past weekend, the duo will to return to the famed arena where they sold out last New Years weekend for another round. Both nights will feature back-to-back sets from the two with special guests who have yet to be announced.

The sequel to last year's two-night show will be just as massive as the first, considering the craze for presale tickets began today at noon and has since then sold out. Regular admission tickets will go onsale Saturday Oct. 26 at 10 a.m. EST. The show will be all ages and doors open at 6:30 both nights.

A recap of last year:

On July 3rd, Bassnectar announced that he is “stepping back” from his career. The DJ, Lorin Ashton, shared the news after allegations of sexual...

Bassnectar To Donate 1,000 Free Months Of Therapy Through Be Interactive

Bassnectar isn’t your normal DJ. He makes his opinions known and always gives back whenever he can. In addition to the many curated events...