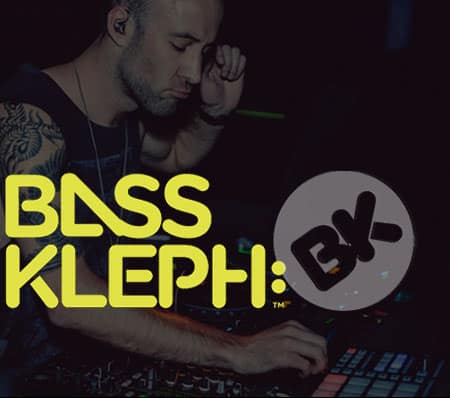 Right now renowned Aussie DJ Bass Kleph (BK or Stuart Tyson) is in the middle of the “Hounds of Hell Tour” that is sweeping North America with Tommy Trash, Charlie Parker, and Wolfgang Gartner. He just released the epic new track “Tommy's Dream” as well (listen below). Thanks to Bass Kleph to taking some time to share with us and help us get to know him better and fill us in on plenty of knowledge and perspective from his experience and travels including the story behind the name of his new song and plenty of other interesting topics.

“Tommy's Dream” is a great new tune. What was so fun about making it, was there any inspiration, and is there a meaning behind the name of the track?

Thanks! I wanted to make something big, energetic, and rocking, but i love a great uplifting melody in the breakdown too. There is an interesting story behind it actually. So, one of my long time best mates is Tommy Trash, and he has been helping me by overseeing a few of my tracks. There was two tracks he kind of liked, but not entirely. In one track he loved the breakdown only, and in another he loved the drop only. He's very hard lined, and even though we are best friends, he will only tell me he likes something if he really honestly believes in it. Not just because we are friends. He'd been playing the one with the drop he liked but was unsure of the breakdown still. One day he called me and said he had a dream. He dreamt he was Djing and playing my track with the good drop, but when it broke down it went into the song with the good breakdown. He asked me, “would this be possible to make?” …(my response) “Yeah, they're only a semi tone apart. I'll transpose it, make a version, and send it to you,” I said. It totally worked! We both loved the new version, and Tommy has since been playing it every show, including EDC. It's so crazy that without his dream, this track would never have existed. I thought it was only right to then re-name it, “Tommy's Dream”

More info on the Hounds of Hell Tour here: http://houndsofhelltour.com/

Check out his current remix competition via Vacation records on Beatport: http://play.beatport.com/contests/bass-kleph-less-is-more/

-JD
In this article:#interview, bass kleph, hounds of hell tour