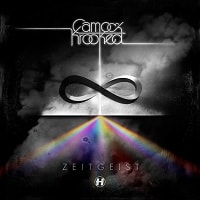 About one week ago Camo & Krooked released their new album. It's the second one the Austrian duo released on Hospital Records and the third one in general. After their last album Cross The Line, the in my opinion was the most powerful Drum & Bass album produced in this century, Zeitgeist is much more unagitated and consists many new influences like Disco and French House. The most exceptional track on the album is Dreamcatcher. It's a collaboration they did with Lemaitre, a duo from Norway. It amazingly combines Lemaitre's funky Electro with Camo & Krooked's powerful Drum & Bass. Besides Lemaitre, Camo & Krooked worked together with Metrik and Ian Shaw.

Move Around and All Night (the vocals are by Pat Fulgoni) are the two singles released so far.

Also check out the Uppermost remix.

You can buy it on iTunes, in the Hospital Records shop and on Amazon.

In this article:Camo & Krooked, Zeitgeist