With support from the World’s most renowned DJs and producers, and remixes for the likes of Dash Berlin, 3LAU, and Tritonal, Italian’s fast rising duo Lush & Simon have become known for their very distinctive sound. This sound, which is created from unique and catchy melodies surrounded by pure energetic vibes, make each and every song a memorable one.

Lush & Simon have released a bunch of huge tracks over the course of 2015 and now into 2016, including 8 that charted in Beatport's Top 10 and a Beatport Trance #1 through their collaboration with Thomas Gold ‘Morphine’ on Armind Recordings. The duo is getting ready to drop a ‘VIP Mix' of their collaboration ‘Drop The Pressure' with Paris & Simo. The track is now titled ‘NY 2 LA' and will be available April 11th on Dim Mak Records. Check out a preview of the track below.

I had a chance to catch up with the duo and fire away a bunch of questions from how they got into producing to what we can expect from them in 2016 and much more. Check it out!

Talk a little bit about how you both got into producing music?
Simon: “Our backgrounds are really different… Lush got into Music Production because of his love of trance and techno. He started out as a solo project, using tech sounds and combining them with trance melodies. I got into music production thanks to my family and my musical education growing up.”

What was it like growing up in Italy? Was there much of an electronic scene?
Lush: “People say that Italy has always been behind in the dance scene, which we don’t think is true. Big names like Benny Benassi, The Bloody Beetroots, Crookers and many more have all come from Italy, and recently loads of dance festivals have started up. We think that it is only recently in the last few years that the Italian dance scene has fallen behind, because it hasn’t been linked to the worldwide dance music movement, where artists from different countries all started teaming up with a common goal; to create this universal sound that has only started emerging in Italy recently.”

Simon: “In terms of growing up and living in Italy, for us it was and still is wonderful. We have great parties, great artists, great clubs and of course amazing food! And now with this partnership between a major label like Universal and the number one festival in Italy, Nameless, who we are releasing our next track ‘Wasted Love’ with, we are just really excited to see what it brings to the dance music scene in Italy.”

How do you both mesh together when producing vs performing live shows?
Simon: “We used to work in two separate studios when we were throwing down ideas and melodies because everyone gets inspired at different moments. So we have always found independence in the initial stages to be really great. Of course, we are in the studio together all the time as well though!”

Lush: “As soon as we have collected some ideas, we spend months and months improving and working on them; finalizing everything. For our live sets usually we play back to back, but sometimes we’ll just play randomly which we love, because every set will result in something different and unexpected.”

Are there certain things each of you are better at when it comes to producing?
Simon: “Lush is great with writing the melodies and the actual arrangements of the tracks.”

Lush: “And Simon has a real feel for the rhythmic side of the production thanks to his study of the drums. When it comes to post production we both use different chains and methods of mixing and mastering, so we try to incorporate different elements from both of our methods.”

Tell us a little bit about your collab with Gazzo? What was the process like?
Simon: “A few months ago Mike (Gazzo) came to us on Twitter and showed us some amazing toplines to collaborate with us on. We ended up choosing the one we thought best fit our style. But we actually ended up with a slight problem during the production process! Our original idea was to create something that was between Gazzo’s and our style, so we had decided on Progressive House, but the vocal was too slow to do an EDM production. So we ended up experimenting with new sounds, new rhythmic patterns and stuff and finally we found a new style, something between our normal sound and something new and fresh.”

Lush: “A month or so ago we went to Universal Italy with our track ‘Wasted Love’ almost by accident, or at least it wasn’t intentional to propose the release to them. But then we met Federico Cirillo, who works in A&R for Universal, and he asked us to show him some of our new stuff and so we did. He fell in love with the track and asked us to release it as the first ever release for brand new Nameless Records, and that was it! The track received some great feedback from the other Universal partners and from radio stations. We think that Nameless Records is going to give a lot to the Italian and global dance scenes!”

Who else would you like to collab with in the future?
Lush: “There are so many great artists out there, and by great we don’t necessarily mean big. We discovered this guy called Illenium, who’s making awesome, really fresh tracks.”

Simon: “Also the mysterious duo, Grey caught our attention… and a collaboration with Zedd would be AMAZING!””

What are you most looking forward to in 2016?
Simon: “To create a united country through music with the help of all the people who are working with us now. To repeat all of our best moments over the last few years, and to add more to the list!”

Lush: “To travel around the world making people happy with our music, to get to know new people, and to collaborate with a lot of friends. We’re sure that 2016 is going to be amazing!”

Up to this point, what has been the biggest highlight for you guys?
Lush & Simon: “I think we would both scream together TOMORROWLAND! I mean it is so great to play there but also just being there for three days with lots of friends, seeing artists we know and knowing and loving every kind of music that is played there is just unbelievable. We didn’t sleep for three days just so we could enjoy every single moment of that big reunion! It was really incredible. We can’t wait to be back there again!”

Released this week through Ultra Music is the new and exciting single from Benny Benassi, who has worked with Italian act Lush & Simon... 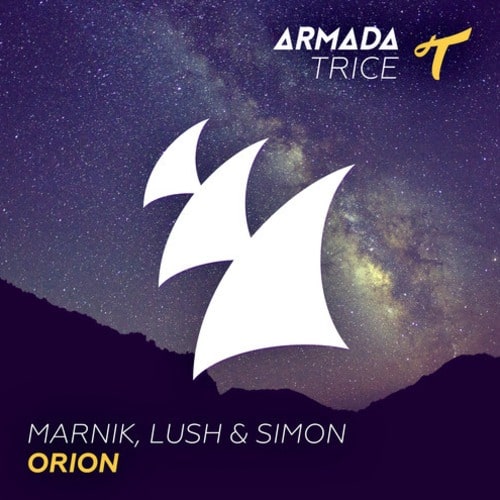 Marnik and Lush & Simon’s collaboration titled Orion which has been released yesterday on Armada Trice. It has gotten early support from huge names... 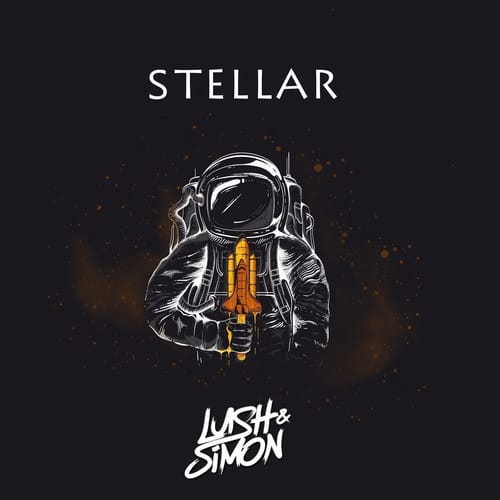 Lush & Simon are one of the most gifted young talents in today’s EDM scene. The duo have released a wide range of hit...