An Interview With D.O.D
Advertisement 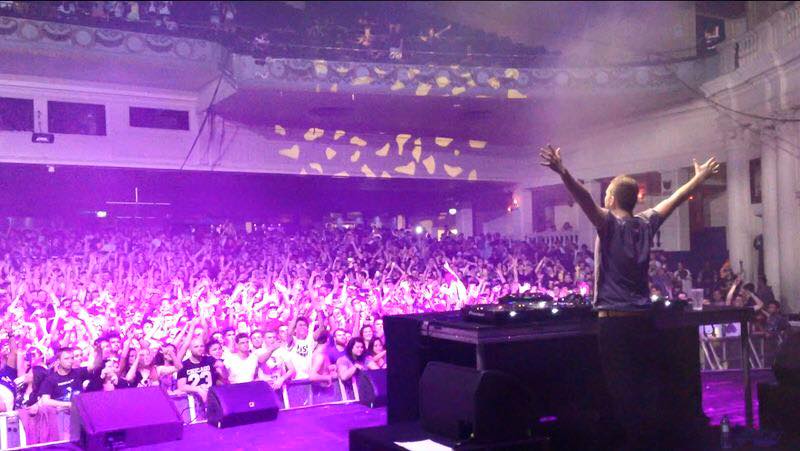 Dan O'Donnell, aka D.O.D, has released some huge hits lately, and they keep on coming. You may know him from his collaboration with Henry Fong on ‘Bust Dem', which has been a massive hit, or his most recent original release, ‘Temper'. The U.K. DJ/Producer has much more in store for the rest of 2015. D.O.D has been enjoying Miami WMC 2015, performing several shows throughout the week with the likes of Benny Benassi and Dyro, and even met Hardwell for the first time. In a few days, April 3rd to be exact, he is releasing a new single for FREE called, ‘The Block' on Freequence, so be sure to keep an eye out for that. I had a chance to ask him a few questions about ‘Temper', his monthly podcast, and many more in an interview via email. Check it out below.

How would you describe your most recent original release, ‘Temper'?
High energy electro goodness to make the ladies go weak at the knees! Joke! But it is some high energy electro goodness! I wanted to make something with a super catchy melody in the breakdown but also something that had bags of energy in the drop. I managed to incorporate my style in the second half of the drop too which a lot of people seem to be happy about! I’m super excited for the release. It’s been gaining support already from the likes of DVBBS, Bassjackers and many more.

Congrats on starting the new monthly podcast, how did this all come about? what can we expect on future podcasts?
Thank you! I’ve actually had a podcast running for the last two years but I never really put that much promotion into it. #FREEQUENCE Radio came about when I decided to give some identity to the free tracks I was giving out. #FREEQUENCE is all about giving away free music frequently and the radio show is a platform for the music. I feature lots of unknown up and coming artists too. I feel it’s important to share to the world some of the amazing music I get sent. It’s very difficult to get your stuff heard now when you are starting off, but hopefully this can help some of them!

What else can we expect from you in 2015?
Music, music and more music! I’ve been working my ass off in the studio focusing on a new sound and adapting my style to something completely fresh. I’m actually pretty excited about it all. There will be lots of touring too starting this spring so i’ll get to road test all of this new stuff. I’m also collaborating with some big artists too which I’m proud of. It’s always nice to know that these calibre of artists like your work and want to collaborate with you. 2015 is going to be great.

What are you currently working on?
When i’m not ghost producing music for other people, I just focus completely on my own music which is awesome. Like I said i’ve been working hard in the studio sculpting a new sound, ready for dance floors all over the world.

You recently performed your first ever headline show in NYC, talk about what that was like for you. Do you ever get nervous?
It was awesome, the NYC crowd are always on top form. I never get nervous about performing, the bigger the crowd the better! This was my first ever headline show in NYC so it was great to see such a big turn out. I’ve got a special please in my heart for NYC, I’ve never had a bad time there, the people are always so welcoming and awesome.

What are some of your goals for 2015?
I’d love to top the Beatport charts, I think that’s my main goal. I have a lot of music coming out this year so anything is possible. There are also some venues that i’d love to play this year too, and places in the world i’d like to go but I won’t bore you with the details. I’m just super happy right now with where i’m at but I feel i’ve still got a long way to go!

Advertisement. Scroll to continue reading.
In this article:D.O.D.

Dan O’Donnell aka D.O.D has cornered the market when it comes to UK influenced jacking house/bass/electro, coining his sound “Future Jack”, with releases on all...

1001Tracklists Reveals The Most Supported Tracks of 2017 So Far

With all of the great new music released this year, it's pretty hard to choose exactly what the best songs of 2017 are. Luckily,...