The Yin & Yang Duo: An Interview With Night Crime
Advertisement 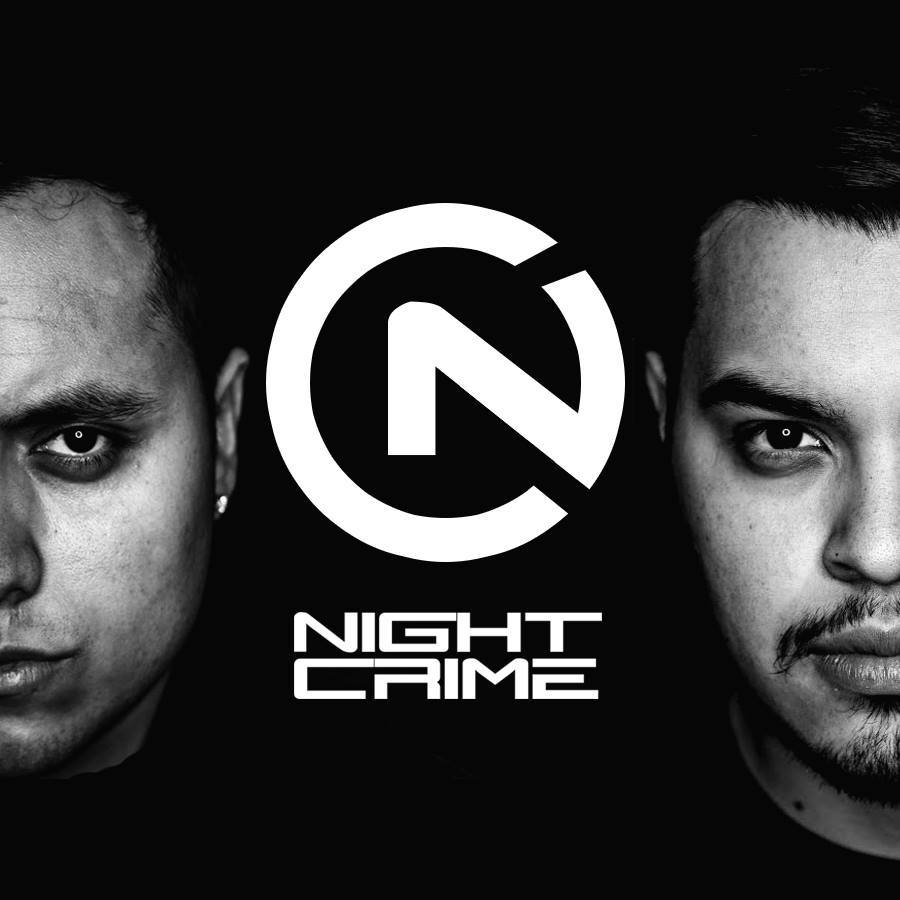 Carlos Alcala and Sergio Paramo, also known as the duo Night Crime, are set to take the world by storm! Hailing from the San Gabriel Valley, they are making some serious noise on the deep house/ future house/ future bass scene.

“I used to DJ a lot of shows and one day I was on Myspace, looking for some music to download and I came across this guy’s page. He was in another duo and I thought their music was sick. I reached out and we started talking. Then 2 years later I was in another project with another kid, it was called Kamikaze, and it wasn’t going to well. We just weren’t on the same page, so that wasn’t working and I started working with this guy. We were originally a trio and it just wasn’t working out very well. We had a hard time balancing it out, so we cut it down to the two of us.”

Having grown up in Los Angeles’ historic rave scene, their early influences include the likes of Justice, MSTRKRFT, Boys Noize, AC Slater, Jack Beats, and even guys like Eric Prydz, Above & Beyond, and Armin Van Buuren. Carlos is self-taught and began his DJ career in the underground scene, where he honed his skills and mastered his craft.

“I think for the most part, when Carlos was doing the underground parties, there was a certain kind of music we were inspired by. Carlos played Groove, back in the Fidget days. We enjoyed the style of music so much that it started to pave the path. The LA Rave scene is constantly changing. I don’t think you can even call it a rave scene anymore because it’s gotten such a cult following. But it was crazy seeing all these DJs and they were our first parties in LA, and low and behold, it was us up on that stage playing for the crowds haha.”

“I think it’s pretty cool cause we do different things. There’s a lot of stuff and he does that I can’t do and a lot of stuff that I do that he can’t do. When you make a duo, you have to figure out who’s going to do what and we figured that out early, so I think that was the Yin and Yang aspect of it. This guy is like a pro in the studio and sometimes I just go in there and we’ll work on a track, but as long as I send him parts, he definitely makes them sound professional. But I think what also helps is that there’s always going to be 2 parts to any song. The drum and effects part and the music and Carlos always nails the drums and I always nail the music, so we never step on each other’s toes.”

With 2015 being such a huge year for Night Crime, the duo is hard at work, producing music and making moves. They strive for greatness and their work ethic proves it. As they refuse to stay stagnant in their careers, the duo has plenty of big name collaborations in the work, which we won’t find out until later.

“We have some interesting collabs that we can’t really mention, but T2 is out on the 10th and then we have this cool collab called “Scorpion” with Audiobot, who produced “Sexy and I know It. We want to write music all day every day, feed the machine, and make music people love. At the end of the day, your music is your art, so why wouldn’t you want your art to get out there? That’s why we give our music out for free so much Keep an eye out for all the new stuff coming out! We love the support and expect us to kill it at every show.”

Advertisement. Scroll to continue reading.
In this article:#interview, Night Crime