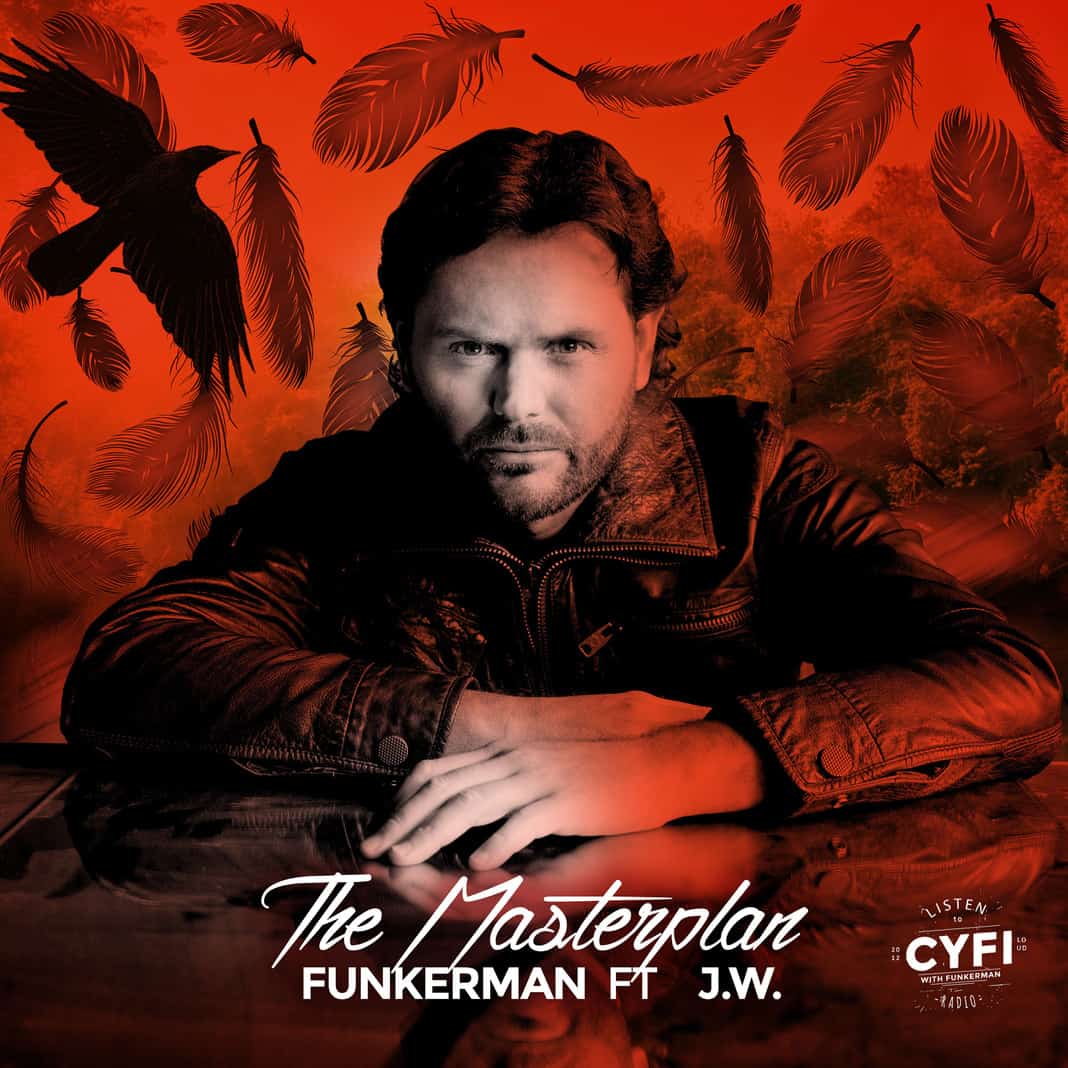 DJ/ Producer/Label boss Ardie van Beek aka Funkerman, founder of Can You Feel It Records, and Flamingo Recordings, the label behind Fedde Le Grand’s Put Your Hands Up For Detroit, brings the funk and the vibes with his follow up to Coming Home, The Masterplan featuring house vocals from J.W.  Funkerman’s The Masterplan carries the house and carries the soul of what you can expect from Can You Feel It Records!

From his first love of pioneering US hip hop, through obsessive crate digging for classic soul, disco and funk, to riding on the first waves of US house; Funkerman has always been on a quest to find, make and play new and exciting music.

In 2004 he founded Flamingo Recordings, with fellow producer Raf Jansen and DJ/producer Fedde le Grand, releasing Ida Corr’s Let Me Think About It, Fedde le Grand’s Put Your Hands Up For Detroit and the Fedde/Funkerman smash collaboration, 3 Minutes To Explain.

The label was also the birthplace of Funkerman’s Speed Up featuring I/Fan, which eventually got signed by legendary UK label Defected Records. During this period Funkerman delivered several huge remixes for the likes of Ida Corr, Moby and the Sugababes. In 2010, after the massive success of multiple singles and remixes, Funkerman released his first full-length album, House For All.

Founding one highly influential Record Label would have been enough for most people. But it was becoming increasingly clear that Funkerman felt it was necessary to launch a new label for, as he describes, the ‘New House Sound’. So in the spring of 2011 Can You Feel It Records was born. In the meantime, the label has picked up some new and existing talented producers and vocalists. Gramophonedzie, Rene Amesz, Beauriche and DJ Licious are some of the members of the Can You Feel It family. An unstoppable touring DJ, Funkerman has been on a practically non-stop tour of the globe in recent years. The world has seen him play packed-out shows at the most impressive locations.

“The Dutch producer has been a staple in the dance music scene for years with his distinctive groovy house originals.” – DancingAstronaut.com

“It's pretty easy to tell that Funkerman was an obsessive crate-digger of hip hop, soul, disco and funk by listening to his music” – Earmilk.com

Funkerman followup song The Masterplan continues the story, with high volume and beautiful melodies go along with J.W. perfectly. It is out now, on Can You Feel It Records, once again Funkerman starts off his year with a bang.  More surprises to come later in the year by Funkerman.

In this article:Can You Feel It Records, Funkerman, J.W., Nu Disco, The Masterplan

Following the release of his acclaimed debut artist album ‘First Landing’ last summer which cracked in our top 5 best house albums of 2017,...

Le Youth has always been one to push out quality content that’s full of good vibes.  Known for incorporating 90s R&B and Pop sound...

Last year was a prosperous one for Lenno, as he released his album “Sunrise.” Coming off his success, the 22 year old is one...