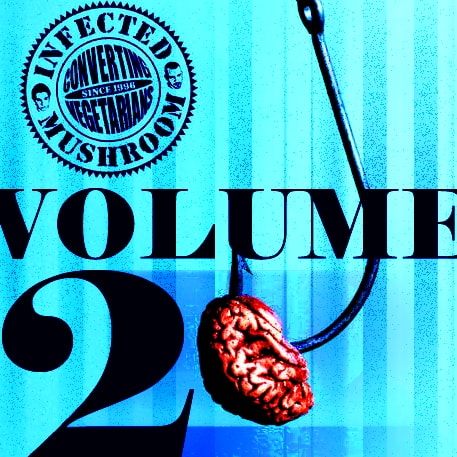 11 years ago Infected Mushroom launched their 4th studio album entitled “Converting Vegetarians”. The album was a 2-disc box set featuring 23 tracks. The first CD contained 10 psychedelic trance songs, highlighted by their single “Deeply Disturbed”. The second disc was regarded as highly experimental and widely influential across all electronic genres. More than 10 years later, it's obvious how important the production of Converting Vegetarians was to the evolution of the Infected Mushroom sound.

Effective immediately, the band is working on a sequel production. Here's what they had to say about the project:

“We are working on another Converting Vegetarians album which we named CV2 because it’s literally continuing that album. And it’s in the works…. It’s really psychedelic, weird music like that album was back then. So the fans are super excited.”

So what should fans be looking forward to about Converting Vegetarians vol. 2?

“Because that album was so diverse and out there at the time they are hoping that this one will be even more and we are going for an even psychedelic out there album.”

Recent Infected Mushroom projects have been specifically focused on collaborations. Their EP collection entitled “Friends on Mushrooms” has included productions with several recognized talents. We were very curious who the guys planned on working with on CV2. We didn't get a full blueprint of album credits, but some names we were promised to be featured on the album included Shpongle, and glitch hop extraordinaire Opiou. Savant was a “maybe”.

THERE ARE ALREADY 7 FINISHED TRACKS. The album is expected to have more than 20 songs once completed. With a lot of work on the horizon, it's no surprise that it isn't expected until next year. Frontman, Amit Duvdevani tells us that they will have CV2 released by May, at the latest.

With the release of Converting Vegetarians vol. 2, Infected Mushroom will be re-launching their sphere tour dubbed “Fungusamongus 2.0”. Fans will have their first chance to hear CV2 on the familiar massive orbs with new concepts and completely remapped visualizations. Stay tuned for more information on the tour as it becomes available.

Happy Thanksgiving everyone! To celebrate Black Friday today, we want to present this week's New EDM This Week playlist. As we've scoured the internet...