Home Event Everything You Need to Know about Moonrise Festival 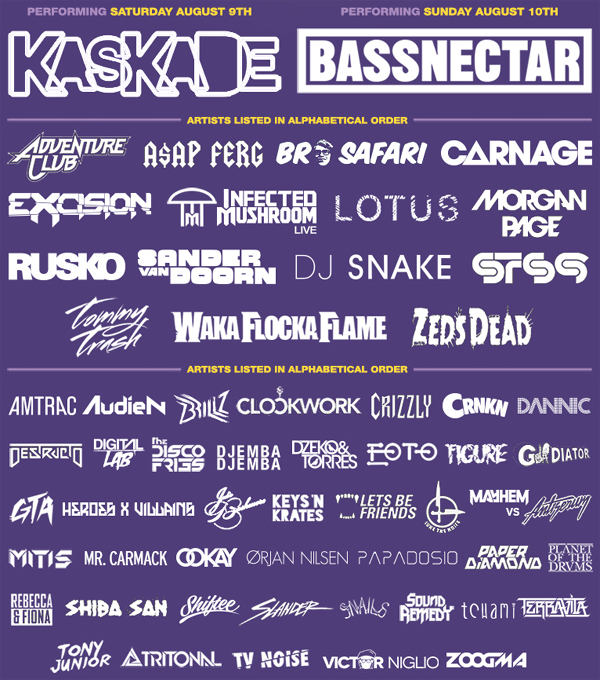 Steez Promo and Glow are hosting the largest event in the north east this summer. The event will take place over two days: August 9th & August 10th. Just outside of downtown Baltimore, the Pimlico Race Course will be the home of the first ever Moonrise Festival. The racetrack is a historic venue, with more than 100 years of history.

Moonrise Festival will run daily from 11am – 11pm. Steez, together with Glow, two of the largest promotion companies in the Baltimore / D.C. area, are working with local clubs and venues to provide a healthy variety of after parties on Saturday & Sunday night.

The Pimlico Race Course was officially opened in 1870. The capacity of the stadium seating and infield is just over 120,000 people. The track is built around one dirt oval that surrounds a seven-furlong turf oval. The circumference of the track is 1 mile.

So many stadium events take place outside of the arenas, usually in parking lots. Moonrise will actually be held inside the racetrack. The festival will be setup around a massive Ferris wheel in the middle of the oval.

Structured around the Ferris wheel will be four stages that will feature an incredible variety of dance music from around the world. Moonrise is also working with vendors to provide a unique food & art experience. Vendors can find more information on Moonrise Festival here.

Moonrise is putting festival safety at the top of their priority list. At an event this size, it’s important that guests help to make the grounds a safe and fun experience for each other. A festival should be a community event, not an individual one.

The following items are NOT allowed at Moonrise festival:
“Illegal Drugs, weapons of any size or shape, glass bottles, opened beverage containers or food items, alcohol, coolers, bags larger than a basic backpack”

You can buy a parking pass for the festival here. There is no camping or tailgating allowed in or around the venue at any time before, during, or after the event.

These promotion companies are always thinking outside the box. Going beyond mainstream EDM genres is always a highlight of a Steez event. This year’s Moonrise Festival will feature hip-hop artists A$AP Ferg & Waka Flocka Flame. Additionally, popular jam band & psy trance talents such as Lotus, Infected Mushroom, STS9, and Eoto will be among Moonrise’s live talent.

Make sure you scroll to the bottom of the page for a full list of all the artists & links to their soundcloud pages.

We know that Moonrise will feature the world’s best music, most ridiculous lighting, crazy brain-melting audio systems, and incredibly beautiful people. Having had experience with Steez festival production in the past, we’re very excited to watch them take their innovation to the next level.

The Baltimore area is home to some of the country’s most passionate and loyal dance music fans. Combined with the unmatched organization of the promotion teams, the die-hard fans, and the epic venue, we expect Moonrise to be a very special event.