Disclosure Got Me Hot and Bothered at Output
Advertisement 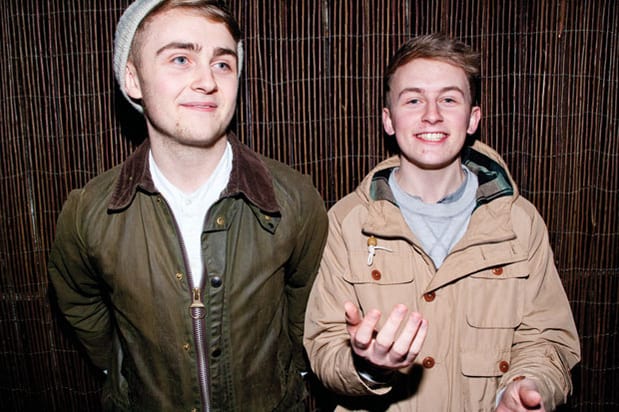 So you might remember earlier this past week I previewed Disclosure's show at Output this past Thursday. Output has been continuing to make a reputation for itself as one of the best sound systems in the country ever since it opened. Several DJ's including Kaskade have said that it is one of their favorite clubs to play in the world. On Thursday night Disclosure agreed. The night got started early as it seemed like half of Brooklyn flocked out to the hip Williamsburg neighborhood to see the now legendary UK duo consisting of brothers, Guy and Howard. Disclosure played a DJ set instead of their usual keyboard synths, and wow did they bring out every possible surprise. Now Output does not allow pictures so any ones that I include throughout this review were more or less stock and not actually from the performance. Output does not allow pictures as they want the attendees to be as focused on the music as much as possible, not distracting themselves or others with pictures, videos or snapchats. Disclosure came on at 1:30am and for close to the next two hours my mouth hung open as my body moved.

Literally the entire set was just incredible. The transitions were flawless; the mixing, set design as well as energy were just stellar. At one point I was not sure if the club was going to make it or if the crowd was going to die of a collective heart attack. The brothers played T.E.E.D.'s remix of ‘F for You' into Breach's ‘Jack' and finally proceeding into their latest smash hit, ‘The Mechanism'. The reaction from the packed club was overwhelming as screams were let out and drinks were recklessly thrown into the air. Disclosure seemed to feed off of the energy and continued to press their already breathtaking set forward. Soon after the moment previously described they dropped their re-work of Pharrell's ‘Frontin' that was to be released on their Soundcloud the next day.

As soon as Jay Z's verse came across the sound system and the bass kicked behind his rhymes it was clear that Disclosure again had knocked it out of the park. For the next several songs, ‘Latch' was teased as Sam Smith's now signature vocal chant was played intermediately in songs (you know that ‘wahhh-ahhh' that starts off Latch). Just as soon as it began Disclosure announced that it was going to be there last song, and finally ‘Latch' was played out in its entirety. As everyone was reluctantly coming back to earth, the DJ booth was illuminated to show a third face among the brothers. Howard informed everyone that it was in fact Flume and that they HAD to play one more song. Flume played out his remix of ‘You & Me' and total pandemonium ensued. As the cymbals clashed and strobes flashed in unison the entire club moved up and down slowly to the masterfully crafted beat. It was a few minutes of total euphoria.

After the set wrapped up I bolted down the bathroom corridor to the Panther Room of Output and stumbled outside in awe (I was completely sober mind you). I was sweaty, confused, ecstatic and disappointed that what seemed to have lasted forever in the moment now seemed to have ended shockingly fast. I could make a cliche analogy here, but for the sake of professionalism I am going to ignore the obvious. Disclosure was incredible, but of course I expected nothing less. Output was intimate and sonically perfect as usual as well. The amazing thing about their sound system is that while it is so powerfully loud, your ears do not ring when you leave. If you have a chance to see Disclosure…take it, as you will not regret it. And if you have a chance to see visit Output, jump on it as soon as possible. EDM Sauce will be back in only a few days for Len Faki, details of which will be discussed soon so keep an eye out!