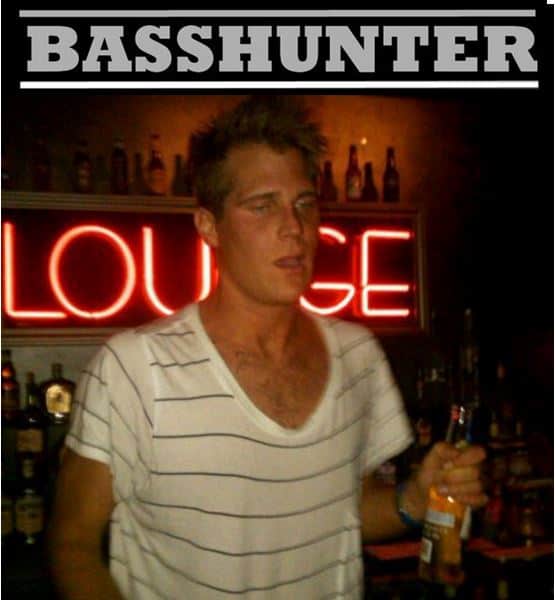 EDM legend Basshunter, known for massive hits of his such as “Now You’re Gone” and “All I Ever Wanted,” left his home in Dubai for New York City this past Saturday night in order to promote his new album, “Calling Time.” This is rather ironic, because after this album release party, it could be said that the only “Calling Time” is on Basshunter's career.

Basshunter took to the stage together with Ookay, Luminox and ZAXX at Amazura Concert Hall in Jamaica, Queens for his largest gig in recent history. The Swedish singer had a chance to make a huge showing, but unfortunately, that's now how events ended up playing out. The album release party, entitled “Illumination,” sold out at the door with an estimated 3,500 people in attendance. With one of NYC‘s hottest nightclubs packed past capacity and a great promotion team behind the event, Basshunter fans would have been completely justified in having high hopes for the artist beginning a return path to his previous mainstream EDM popularity. But any such hopes quickly disintegrated together with the myriad of alcoholic beverages in Basshunter's system. That Basshunter was drunk while performing is uncontested. Whether or not his drunkenness was amusing is an entirely different matter. While some in attendance seemed to find the slightly-more-than-tipsy Swede amusing, other angry party attendees took to Facebook to express their outrage, relaying that the singer was a complete train wreck and played “Now You're Gone” four times in thirty minutes, promptly causing him to be kicked off stage. I guess it's now safe to say to the singer “Now YOU'RE gone.”

In Basshunter's defense, however, many of the party atendees are now claiming on Facebook that, in actuality, the tracks “Vi sitter i ventrilo och spelar DotA” (the Swedish rendition of “All I Ever Wanted”) and “Boten Anna” (the Swedish rendition of “Now You're Gone”) were two of the tracks playing, and due to the same backing track in all of them, many people were confused. EDM Sauce caught up with Kazi Sorrentino — owner of the event company “Vanity Tour” and organizer of “Illumination” — to inquire about the entire Basshunter ordeal. In response, the college party promoter said: “He may have been  in the greenroom taking too many shots before he started to perform but most people don't know that the DJ was his manager. And he's actually one of the most humble artists I have met.”

Here are some hilarious videos displaying Basshunter's wild antics while under the influence:

1) In this Vine, Basshunter is recorded on stage rowdily blurting out, “Focus! Focus, focus, focus!”

2) In this Instagram clip, Basshunter is captured loudly burping into the Mic while on stage:


This Instagram video shows Basshunter in a verbally heated exchange with the DJ (who, as Kazi told us, is also his manager):

Many people on social media sites who were in attendance accused Basshunter of also physically punching his manager in the face, but Basshunter took to Facebook to address this accusation, among others: “Hi Guys, Just wanted to clear up some of the things i have seen posted online after the show in NYC last Saturday. Firstly, the problem was the venue had technical issues with both the Mic's and stage monitors, Luminox the other headline act had the same issues too. The crowd on Saturday were great and understanding to the technical issues at the start of the set and sang along to all my songs. Yes I drank a bottle of beer in one go on stage and have done over 100 times all over the world and had a few drinks before my show as i have done since i started touring over 8 years ago. I did lose my temper, but i never hit anyone, the only thing i feel i needed to apologize for was losing my temper with my Manager which i have done and we are cool. So here is to more BASS and more beer's being drunk on stage, Much Love, Basshunter.”

Despite Basshunter's shortcoming, however, many of the party's attendees said they greatly enjoyed the event. The overall consensus seems to be that the show's other co-headliners — Illuminox, Ookay, and ZAXX — completely rocked the house and compensated for any of the potential bad vibes brought about from Basshunter. And even Basshunter seems to be getting too much unnecessary hate with all the exaggerations and fabrications going around the Web, as was just established.