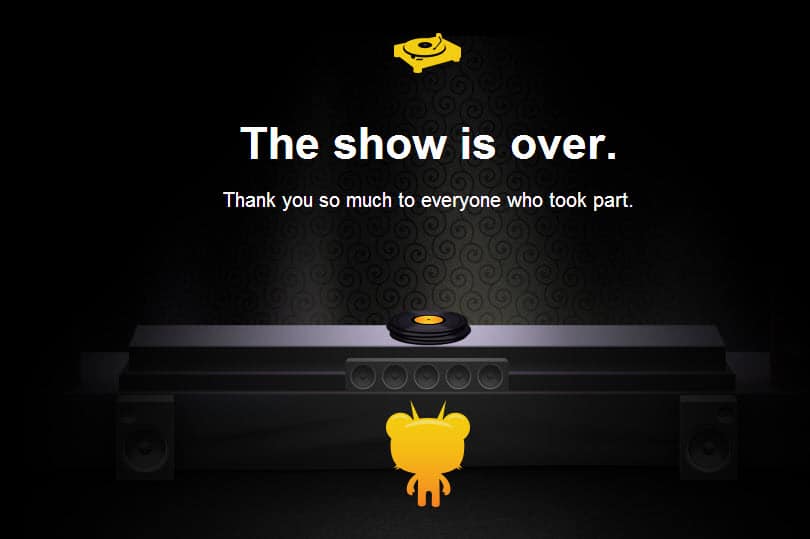 Turntable.fm originally began in January of 2011 and was a social media website that allowed users to interactively share music with one another. Turntable.fm was first in its class allowing users to create “rooms” which others could join and “DJ” in. The service reached 140,000 active users in June of 2011, but many people began to lose interest the following Fall and numbers began to drop significantly.

Because Turntable.fm used the Digital Millenium Copyright Act to license its music, only individuals from the United States were allowed to use the service, while other websites like plug.DJ used YouTube and SoundCloud to play its music. Today marked the very last day for the music service that brought together many music fans across the United States.

I myself was an avid Turntable.fm user when it first began and because of the music fans I met through DJ Wooooo's room and many others, just so happened to spark my interest to begin EDMSAUCE.com.

Thank you for the memories Turntable.fm.