Dada Life Gets Shut Down by Riot Police In Miami
Advertisement 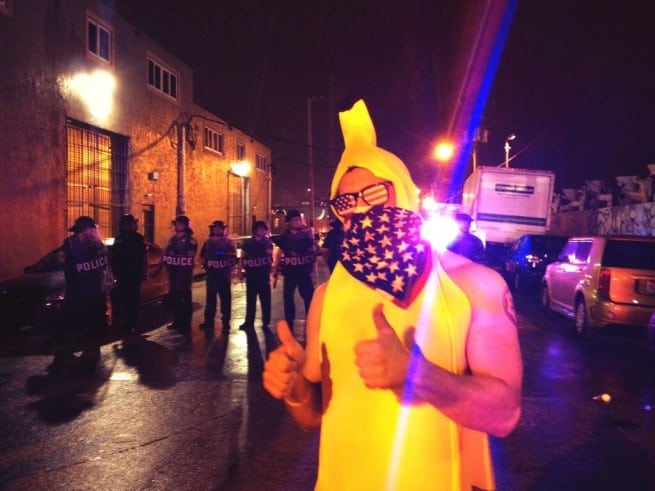 On Saturday night, Dada Life was set to play alongside Henry Fong and Tritonal at a sold out crowd for The Dada Land Compound Miami at Mana Production Village. Unfortunately, Miami's law enforcement had other ideas as the Fire Marshall locked the gates early. Supposedly the venue over sold on tickets and people rushed the gates, resulting in the venue being shut down. Read what Dada Life and Tritonal had to say about the situation below.

Things got wild in Dada Land!! Miami police shut down the Compound as our set was ending, @dadalife fans are unreal!!

Apparently fire marshall locked the gates since it's pretty much chaos here in Dada Land. We have to let him know the rules of Dada!

Was beyond pumped for tonight! So sad the police shut it down! Hope we can come back soon! They can't shut Dada Land down! Born to Rage!

Advertisement. Scroll to continue reading.
In this article:Dada Life