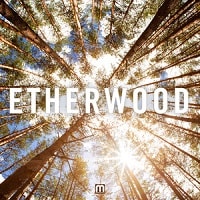 Three days ago MedSchool, Hospital Record's younger sister, released Etherwood's self-titled debut album. I first took notice of him in 2011, when MrSuicideSheep uploaded his stunning remix of Jakwob – Right Beside You. Since then Etherwood has released an EP called Shake The Foundations and did remixes for Lana Del Rey, Jess Mills, Indiana as well as Jakwob (He is guitarist at Jakwob's live shows as well.).

Etherwood's new album is one of the greatest masterpieces in recent Drum & Bass music and it's not surprising that the first bunch of vinyls have been sold out within a couple of hours.
Besides his own production and vocal skills he also enlisted Laurelle Robichaud, Georgia Yates, Bev Lee Harling, Rocky Nti, Hybrid Minds and Nu:Tone‘s services for the album. Especially the absolutely underrated Georgia Yates and Bev Lee Harling did an amazing job in Falling Out Of Consciousness.

[You can find my full review here.]

In this article:Etherwood, Hospital Records, MedSchool