Get the Full Story on Hardwell in Upcoming Documentary
Advertisement 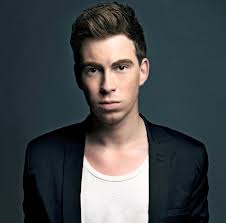 In preparing to go to Electric Zoo this past August, photographer Kristina Kauffman and I went through Electric Zoo's mobile app and looked at some of the artist's garnering the most attention on forum's and artist pages, assuming they were the artist's people were the most interested in, and that we should probably take photos of these artists to quote, unquote give the people what they want. I was astonished to see that artist's like Bassnectar, Above and Beyond, and Avicii, were not what everyone was talking about, instead Hardwell seemed to be trending up, and when I say up I mean, he was blowing people out of the water with the number of likes and schedule additions people had given him. Now I have to admit, I enjoyed Hardwell's music before, but didn't really understand the huge commotion surrounding him, that is until I saw him live.

When the crowd rolled in for Hardwell's set, which mind you was in the early evening, not even at the end of the night when crowds tend to swell as last minute stranglers and those wanting closure for the final days sets stream towards stages, it was like a wave of people pushing towards the barricades. As people who had to weave through the crowd to get other artist photos I can say we got a close-up of what Hardwell does to people. Smiles, singing, and a crowd closeness that we literally had to illegally detour around, (for there was no hope of breaking through with ourselves and especially Kristina's Camera still in tact), enveloped these folks that were in one moment spread across the grounds and in the flash of the next all here in this one space. The love was equally shared by this energetic 25 year-old phenom, who even shot heart shaped confetti into the crowd, as he poured his soul into his set.

It was this amazing level of fan adoration, and person strength of character in Hardwell that I believe LED to the making of a new film by Dutch videographer Robin Piree, in which he follows Hardwell or perhaps Robbert van de Corput around to gain an inside look at what make this creative individual tick. Check out this preview of the upcoming film “I AM HARDWELL: If you can dream it, you can do it” and go here to sign-up to find out when the film will be released near you.