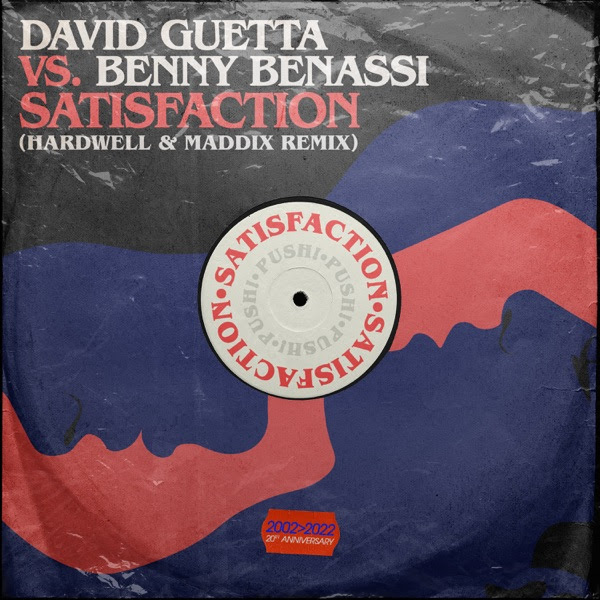 Kicking off the new year with a burst of electro energy, one of 2022’s most resounding covers receives a stellar remake. “Satisfaction” already proved its worth when David Guetta worked his magic touch on the Benny Benassi classic, racking up widespread DJ support and millions of streaming action, counting 20 million plays on Spotify alone. Now, another dream team gathered to create a next level electro weapon. In the hands of Dutch outfit Hardwell & Maddix the record gains even more power, as a raw, uptempo techno beat gets things in motion, pushed further by those notorious vocals and indestructible bass chords.

Adding more magic to this already spectacular tune, Hardwell & Maddix were brought to the mix to provide a raving version of their own. It marks the continuous evolution of Hardwell, who enjoyed a marvelous comeback to the festival stages last year, armed with a brand new, aptly titled album and world tour, REBELS NEVER DIE.

Together with fellow Dutch producer Maddix, renowned for his high-octane blend of techno and big room, Hardwell sets off to take “Satisfaction” to its next milestone – shaking up this notorious tune to unexpected electronic heights.

Taking off on raw, thumping techno kicks, the track gains strength in viciousness, with its groove drenched in reverb ready-made for colossal techno areas. Meanwhile, the vocoded lyrics and that inimitable bass line keep going strong on this uptempo beat, reminiscing oldschool acid house when the record drops hard and heavy.

Such a muscular piece of dance music unleashed here, nicely balanced by an airy breakdown featuring the original’s vocals and electro beat, before the techno heat announces itself again, breaking out with rousing drum rolls and furious kicks.