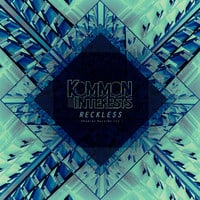 Kris Artz aka Kommon Interests is a DJ/Producer from Colorado. Over the past year, Kommon Interests has opened for artists such as Dada Life, Bingo Players, HeRobust, Kill Paris and many more. Kris said that he will be dropping a new track each week, one of which being the new original mix called “Reckless.” Without further adieu here is Kommon Interest's brand new track “Reckless” which uses a great melody and nice progressive build. Grab your free download below!

EDM Sauce: Hey Kommon Interests, for those who aren't familiar with you, please tell us about what defines you and your unique style?
Kommon Interests: For me, music has always been a way to bring people together. My friends and I always connect over new tracks, which has inspired my musical direction. Up until about a month ago, I was primarily focused on uplifting melodies over hard-hitting electro-house. However, I recently had a new vision of what I wanted my music to be, which has lead me to my latest project.

EDM Sauce: You did a lot of producing before going public, was it just a hobby that you wanted to go full board with?
Kommon Interests: It was totally a hobby to start with, but after making countless tracks I began to show some of my closest friends and was surprised at the positive feedback I received. I then knew that it would be more than just something to mess around with in my room.

EDM Sauce: Who has been some of your favorite artists to see and open for?
Kommon Interests: I saw Krewella at Snowball this year, and since I caught that I haven’t been able to get enough of them. They threw it down. Hard. Not to mention they’re pretty cute, even Rainman. Just kidding, but for real.

Last Februrary I had the pleasure of playing the Gothic Theatre, opening up for Bingo Players & AViVA. Bingo Players had to be some of the most genuinely humble people I’ve met so far. They were extremely welcoming and respected their openers, which kinda showed me that there isn’t some secret society of top 40 DJs. Not to mention they crushed it.

Having just seen the announcement that Paul was diagnosed with cancer, my team and I want to wish him the swiftest of recoveries. He works really hard at what he does and we know he’ll be back to 100% very soon.

EDM Sauce: What does the future hold for you and what are your goals for the 2013/2014 years?
Kommon Interests: Getting really excited to play the legendary Fox Theatre in Boulder, opening up for Sound Remedy & Lazerdisk Party Sex on 9.2 Labor Day Night. I’ll be debuting a whole new live set concept, which focuses more on live production rather than track mixing. Similar to how Paper Diamond does it with the individual components of a song broken down into more mixable chunks.

EDM Sauce: Do you have any collaborations in the works you'd like to share with us?
Kommon Interests: I’ve got some things cookin’ with some homies around town, but nothing too major just yet.

EDM Sauce: So you're releasing 5 new tracks, tell us about those 5 and where your inspirations came for each of the tracks.
Kommon Interests: Three of them are instrumentals from an upcoming EP I’m producing with vocalist Sam Ruscher. The album is aiming to blur the lines of hip hop and dubstep with crisp, steady beats and hard hitting bass. The first instrumental is up on my Soundcloud already – Heartbeat –
I’m really excited to see how it turns out, as I haven’t gotten a chance to produce an entire EP surrounding a single vocalist.

The other new tracks I am producing, including Reckless, were inspired by the dilemma of being an opener on a consistent basis. I wanted to create tracks that would get people going, but wouldn’t wear them out too much before the headliner. I really wanted to make original music that I could play out at shows that wouldn’t upset the other artists and promoters.

We can’t be consumed by our petty differences anymore.
We will be united in our Kommon Interests. 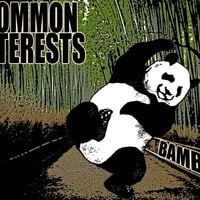 Kommon Interests just released his Electro House original track called “Bamboo” which he has even released for a free download below. This track is...