Perry Farrell Says He Has Made an Electronic Music Album
Advertisement 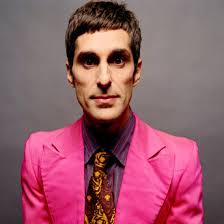 Yesterday during the EDM Biz conference in Las Vegas, Perry Farrell, frontman of Jane's Addiction and Lollapalooza founder sat down with the head of WME's music department, Marc Geiger for a one-on-one conversation. Perry Farrell confirmed that his own electronic music album will be released soon.

The two continued to discuss festivals today and how they should expand. Marc Geiger said that festivals need to continue to evolve in order for the infrastructure demands while also maintaining the creativity of the event.

Perry Farrell said he collaborated with Joachim Garraud and DJ Alex Graham on the production of this album.