An EDM Musical Will Be Coming To Vegas
Advertisement 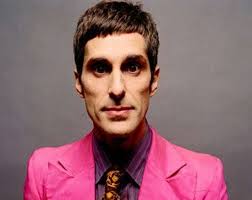 After leaving multiple hints about his new project, Perry Farrell has finally announced that he will be creating an EDM musical. Perry Farrell, in an interview with Rolling Stone, has given out some great details about his latest EDM theatrical creation, ‘Kind Heaven’. So far, most of the music has been written and recorded by Perry Farrell and French producer and DJ Joachim Garraud. The music will be played in venues by Perry Farrell and wife Etty Lau Farrell in order to get some initial reaction to the music. The when, where, and who will be starring in the musical have not been answered yet. However, it will be in a venue in Las Vegas. Now, lets get to the musical.

First off, the musical will be set in southern Thailand. Where drugs and sex trade have engulfed the lives of many. In the midst of the chaos, a soldier and a female worker fall in love. Leading to the soldier taking her to a Buddhist monastery, ‘Kind Heaven’, in an attempt to protect her. So, far so good.

One of the great things about EDM is the interaction between the music and the audience. Farrell really kept this idea alive by making his show an “immersive” experience. Meaning, audience members won't be idle spectators. Ticket holders will be able to walk around the scenes and watch as the musical unfold around them.

There you have it, EDM is taking over.