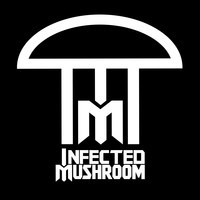 Here is an interview we caught with legends, Infected Mushroom. These guys have been in the game for a long time and are true veterans. They perform a must see show, and are definitely a group that must be checked out.

EDM Sauce: You guys produce a genre known as psychedelic trance, or “psytrance”. What makes it so unique?

Infected Mushroom: I don’t know if it’s so unique, but it has its own sound. It’s pretty much trance, but a heavier kind of version. We’ve been doing it for so many years, we just call it our own. It’s a bit of heavy sounds mixed with trance.

EDM Sauce: How much more of a thrill is it to perform live shows rather than just perform a DJ set? Do you guys think it takes more skill?

Infected Mushroom: Well live sets are what we do, we’re both musicians and we came from this world. DJ sets are fun, as you saw today it’s us playing music that we like not just only Infected Mushroom and it’s fun.

EDM Sauce: You guys released the album “Classical Mushroom” in 2000, which people claim to be your best album, do you agree? What did it take to produce an album of such excellent quality?

EDM Sauce: Who or what had the biggest musical influence on you that LED to your desire to produce?

Infected Mushroom: In the beginning it was Shpongle, and lots of side trance bands at the time.

EDM Sauce: You guys have produced tracks of multiple genres; electronic, psytrance, dubstep, drum and bass, what motivates you to keep experimenting?

Infected Mushroom: For us, we do everything to have fun in the studio. We want to enjoy the music that we do, we want to listen to our music in the car. We always try to switch it up and make it interesting.

EDM Sauce: You released “Army of Mushrooms” under Dim Mak records in 2012. How does it feel to have your productions released under such a respected Record Label?

Infected Mushroom: For us it’s a lot of fun to work with this record label. It’s a lot of cool guys working hard; they know exactly what they are doing and always releasing things on time. Basically Steve Aoki is a good friend and he brought us there.
EDM Sauce: Any future collaboration’s you guys are really excited about?

EDM Sauce: Did you guys design the fungusamongus stage setup yourselves?

Infected Mushroom: Well we didn’t design it, we came up with the concept and V squad labs did the whole content and visuals. So massive crews made it and we just came with the concept.