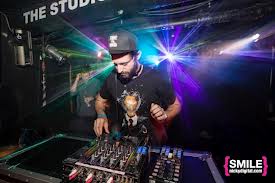 To be honest, I didn’t even know how to start this review. I’m pretty much speechless over the up and coming U.S. DJ, Subset. Subset dropped his ‘Good Vibrations' mix earlier this week, and all I have to say is WOW. Subset is a resident DJ at Webster Hall NYC, where he hosts BASSment Saturday’s every week, the biggest (and greatest) weekly dubstep party in all of NYC. BASSment is an entirely different story, which if you are fortunate enough to attend, DO! But, know one thing: you cannot have BASSment without Subset.

Mixes nowadays can be repetitive. Often all playing the same mainstream, overplayed songs which all have the same BPM, and nearly identical voiceovers, making it all sound exactly alike. While other mixes, such as Subset’s ‘Good Vibrations,' are perfected to every little beat, introducing new sounds, tempos, and drops that are totally unexpected… Yet the catch is that all the sounds have to work. It’s hard to find mixes that just flow, and sound as if they have been playing for hours, but really its just the mix of all the right intrinsic sounds and bass lines that keep your body swaying and your ears listening. You know a good mix when you hear one, and this is it. Subset brought a whole new spin to the table. ‘Good Vibrations,' is one of the best mixes I’ve heard in a long time. The drops throughout the mix continuously surprise you, and with all the right melodies, rhythms, and beats he has put together, this mix is jammable from day to night.

From addicting drum and bass, to garage, dubstep, funky house music, and a little trap, Subset mixed endless hits into his 76-minute mix. Dropping Zeds Dead, French Fries, Badklaat, Buku, and more, there is a jam and beat in this mix for everyone to get a taste of. Every single song integrates together so effortlessly that you won’t be able to stop listening, or stop moving your feet. Listen to 1:03:00-1:05:50, where he drops the gLAdiator remix of “M1-Stinger,” and then integrates “Make It Clap,” by Yellow Claw & Cesqeaux. You’ll know exactly what I mean. The funky house, trap, and drum and bass beats he drops throughout the mix keep me going. Especially when he drops Ms. Dynamite “Neva Soft” (Mike Delinquent Project Remix), and Grimblee “Bredren”…I can’t get enough.

Subset, a name very familiar in the current underground scene in NYC, is one of the most talented DJ’s I have come to know. Not only am I saying this because he has taken the top spot in my list of favorite DJ’s, but because he deserves the credit for his creativity, originality, talent, and most importantly, his performance. If you’re in the NYC area, be sure to hit Webster Hall on Saturday‘s for a weekly dose of mind-blowing bass. Without a doubt, BASSment Saturday’s is forever imprinted on my calendar. I can go on for hours about the good vibrations of BASSment itself, and how Subset’s performances continue to surpass my expectations every week. I can’t get enough, so be sure to check it out!

I can’t wait to hear some more originals from Subset, as well as mixes and live sets. Subset is only going to become even more popular, so get familiar now, so you can say you heard it first! (Because as music fans…we all know that’s the best feeling.)

Talk about GREAT vibrations. Take a listen to this mix. I promise you, once you hit play, you won’t want to turn it off.