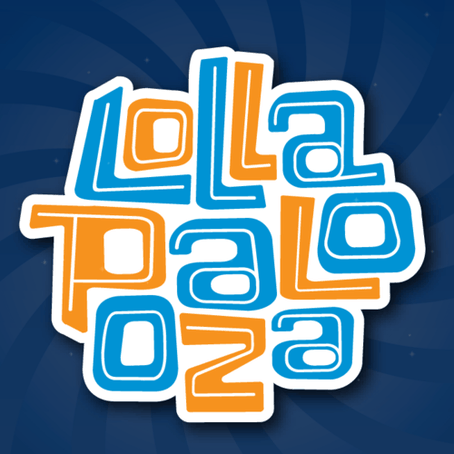 Well Ladies and Gents, Lollapalooza is right around the corner ! Boasting a line-up of over 100 acts, 8 stages and three days of excellent music, Lolla is sure to offer an experience you won't forget. Located in the heart of Chicago (Grant Park) over 270,00 people will be in attendance bumping, grinding, womping and rocking out. EDMsauce is an electronic blog (duh!) so were going to take a little time to chat with you which acts we are sure to be at and ones you should not miss !

I don't think our team will leave perry's tent on friday (#justsayin). All the fun starts at 3:15 PM with German Electro-house producer Zedd. Zedd broke into the EDM scene in large fashion with his single “shave it” released back in late 2011. For those not so familiar with Zedd, I urge you to check his set out regardless of it's early time. Here is Zedd's latest and hottest song called “spectrum” [soundcloud url=”http://api.soundcloud.com/tracks/47218984″ iframe=”true” /]
I cant even begin to tell you how many artists have remixed this song. It seems as though everywhere you go, you hear this track bumpin' super loud (as it should be) After Zedd crushes his set, comes the 18 year old phenom out of Nantes, France Madeon. This kid is truly special, a simple youtube video he uploaded called “pop-culture” brought him worldwide attention. In the video the 18 year old Progressive-house artist blends together 39 songs into a masterpiece mash-up. All of it done on a novation launch pad. within days of the video being posted, the kid had reached over 6 million views ! One year later the video is still viral with over 12 million views. Ive posted the video here below so you can witness his mastery of mash up.
Pretty Incredible right ? Yup we think so too. Next After Madeon comes another Child prodigy, 20 year old Porter Robinson. You really can't say enough about this guy, also signed on to OWSLA records (Skrillex‘s label) the kid produces straight HITS! I personally can't wait for this set because it's gonna wreak of energetic tunes. Porter started at the young age of 12 throwing together sounds from video games he was playing and says the internet was integral in his rise to success.

DO NOT MISS THIS SET ! After Porter, come two more sets that really need no intro/anecdote. First comes NERO, who you have 100% heard plenty of if you are into EDM. The English dubstep duo have been around since 2004 and they are notoriously known for sending crowds into frenzies when they throw down !

What better way to shut down perry's tent than Lorin Ashton AKA Bassnectar ! Talk about throwing crowds into frenzies, this guy right here does it best. I highly recommend you end your first night of lolla here with Lorin, also make you sure you jump as high as you can and maybe get into his “family photo” he does at every show he plays !

Salva Starts the party off right on saturday at 1PM in Perry's tent. Salva a LA based producer, DJ is on the rise. Dude throws down some real ill trap beats, one of my favorite which I sure hope he plays is the remix of Kanye West's Lamborghini Mercy.
[soundcloud url=”http://api.soundcloud.com/tracks/49406466″ iframe=”true” /]
After Salva we got Paper Diamond Gracing us with his presence also at Perry's tent. Paper Diamond has been surging in popularity as of late, I saw him at Electric Forrest and he killed it ! Backed up by Pretty Lights Music Label as well as his own label and design firm Elm&Oak Paper Diamond is sure to provide a hell of a fun set. Just a heads up though, a trivial situation arises with Paper Diamond playing at the same time as Neon Indian. I personally don't know much about Neon Indian nor have I seen a set of theirs. however, I do hear they throw down a groovy set. Neon Indian (Alan Palomo) is accompanied by three others when he does his live sets, Jason Faries (Drums), Leanne Macomber (Keyboard/Vocals) and Lars Larsen running the live visuals. Neon Indian will be on at 3PM at the Sony Stage. Skream & Benga will be the next set our team hits, Dub-step duo out of England. From what I have heard, they KILLED it at Ultra earlier this spring down in Miami. Once Skream & Benga set is over we have another trivial situation, Orchard Lounge out of Chicago is playing at the same time as Calvin
Harris. Yes I know your are sitting there thinking to yourself “how can you possibly be up in the air about which set to go to ?!?” Thing is, I have heard plenty of good things about OL so I will definitely check out at least 15 or 20 minutes of Orchard before heading over to Calvin Harris. Next stop a half hour of Avicii before ending the evening with The Red Hot Chili Peppers !

The last and final day of Lollapalooza brings two of my favorite live sets, Zeds Dead as well as Big Gigantic. But to begin the day, Nadastorm will kick things off right at 2:00 PM at Perry's tent. The End of Nadastorm's set will most likely bring us our only hour of rest for the day. Next up, (DO NOT MISS THIS SET) Doctor P, English dubstep producer who is huge in the EDM scene. I can 100% guarantee his set will blow your mind and not disappoint. Doctor P will be on at 4:30PM at Perry's. Continuing the party will be Big Gigantic (Dominic Lalli and his Sexy Sax). This is also a must see set, Dominic is a genius when it comes to blending sounds of dubstep with saxophone. He is incredibly talented and like I said he soothes the soul with his sax. Zeds Dead graces Perry's Tent next and he will be competing against Miike Snow whos at The Sony stage. I anticipate a larger crowd for Zeds Dead however, both sets are sure to throw down hard. Then to close Lolla out a little competition between Justice who will be on the Bud Light Stage and Kaskade who will close down Perry's Tent !

In short, I am super stoked to shake it all out this weekend at Lolla. It's going to be a hot one this weekend folks, stay hydrated and oiled up ! Weather looks like its going to be perfect, minus a small chance of T-storms on sat. A little rain never hurt any one though, plus if you were at spring awakening for skrillex, the massive downpour we had not only felt incredible but also really put a energetic charge into the crowd. EDMsauce over n out ! have a blast this weekend people !