I've always found it fascinating when someone has the ability to make a connection with another person by expressing their art; It's a human link that bonds two complete strangers together over a creation that would have never existed had that individual not created it. I've also found myself a bit envious of that because it is a gift only few people in this world have.

Last Friday, I scanned the crowds from the second floor VIP area and saw just that: a connection that fans were making to the music that was being delivered by two individuals on stage. Perhaps what was most jarring was their demeanor; no ego or narcissism that would be expected out of someone with that power. Instead, it was a welcoming, hospitable approach and overall benevolent embrace that I had when I met Nic and Bossi, better known as Cosmic Gate.

I was greeted by the Trance duo minutes before they kicked off their Materia Album Tour in Los Angeles. Eager to showcase their new music to their fans, Nic Chagall and Bossi were more than ready to sit down with me and converse about their seventh studio album.

Behind the scenes shot of my interview with Cosmic Gate.

Why did you name the album “Materia“?

Bossi: We needed a working title so at first, the album was called “seven”. We had a conversation and we came across the word “Materia”, which in Latin means matter- it's essential because everything around us is made of matter. As we worked on demos we began to realize that this album was going to be very essential Cosmic Gate.

What about this album makes it essential?

Nic: It's very pure Cosmic Gate; it has alot of influences from six, seven years ago to our early sounds.

Bossi: And there's also new format, new sounds like sound engineering and there's a lot of 2017 inside.

There are many collaborations in this album, how do those come together?

Bossi: We want our music to touch people so we look for good vocalists. We write the demos and send them out and wait to hear back.

Nic: With JESS, we made the piano demo in the breakdown of “Fall Into You” and it was so emotional that we knew she would be a perfect match for that song.

Bossi: She killed our expectations. With her and Eric Lumiere, they travel with us and they have the same mindset so they know what we look for.

My personal favorite song off the album is “Fight the Feeling” with Alastor, who is now opening for your tour, can you tell me more about the song?

Bossi: It's very different, begging the old times you maybe would have said this could have been a hymn for the gay scene. It's very high energy but also a bit dark and the vocals are great.

Nic: Years ago we were playing New York and Alastor followed us back home and we started talking about music. Years later we met him again and we ended up working together. He's a super nice guy and a very talented producer.

This album is chapter one of a two chapter release. Was that planned?

Nic: We were not planning that at all. The idea was to produce one album with thirteen tracks but we had so many ideas. I think people get overwhelmed; it's too much music in a short period. We thought it would be better for people to really listen to the songs.

Is there a release date for Chapter Two?

Nic: We're still working on it; It's gonna be soon. It will be very connected to Chapter One.

What makes you most excited about touring again?

Nic: To finally play all of our tracks.

Bossi: We were so pumped for the tour to start; Our last three shows we played in Australia for the new year and we played some new tracks and they went down so well. We will be playing eight out of the nine tracks on each tour stop and we can't wait for people to know the songs and hear them live.

Last year, Insomniac introduced their first all-trance event, Dreamstate. Is that bringing trance back to the forefront of electronic music?

Bossi: Trance has always been there. A lot of EDM songs are very trance based.

Nic: Trance always pulls in a lot of people; it's very emotional and very touching and I don't think it ever really disappeared.

Bossi: We think a certain percentage may have even gotten a little tired of EDM and Trap and they decided to come back. But Insomniac is giving so much love and input with Dreamstate that we think if trance left, it's back big time.

The boys took to the stage shortly after and did not disappoint. Their kick-off show included eight out of nine songs off “Materia” and they even brought out special guests Ilan Bluestone (who partnered with them for “Spectrum”) and Jason Ross. Towards the end of their Los Angeles show, Nic and Bossi brought out their original hard trance sounds with songs like “Fire Wire” and “Exploration of Space”.

Cosmic Gate's album “Materia- Chapter:One” is out now and can be streamed via Spotify.

The Materia Album Tour is on the road now. Check out all tour dates below:

RAM & SUSANA present TALES OF LIFE – “THE POWER OF LOVE”

RAM and Susana have always enjoyed the most emotionally charged of studio connections, one that goes back almost a decade to the unforgettable ‘RAMelia’.... 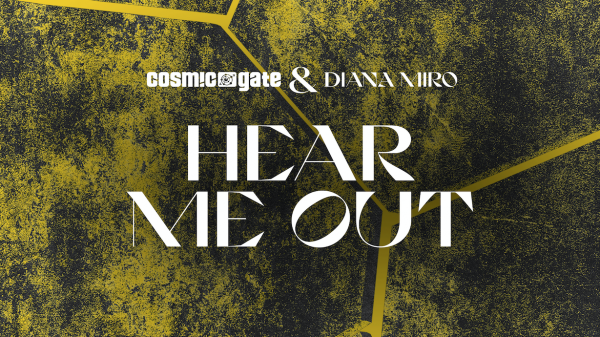