The duo behind some unique and banging mixes and originals is back at EDM Sauce!

This time for an interview about them and their new Label: Reverse.

Furthermore, RudeLies (Daniel Rudnik and Kristaps Cerps) will also be granting us an exclusive look at their latest premiere!

And so, without further a do, here's the interview.

Before we begin, could you tell us about the name? RudeLies? We’ve always been curious.

Daniel: Its a combination of our own aliases: Rude Nick, and Chris Lies. We released our first track together as Chris Lies and Rude Nick, but by the time we started making more and more tracks, we thought it was the right time to shorten our duo name down to something short, simple and memorable.

Rumour has it you’re starting a record label, were there any record labels back in the day that you could say helped give you your start?

Kristaps: for me personally, I released a couple of tracks under a small Swedish label called Substream back in the day. That taught me how labels work, and how Labels handle A&R work. It is much more than just listening to demos!

Daniel: After the development of our skills in the studio, we finally had a track we felt really satisfied with (Platinum), we sent it over to Simon from Wayne & Woods. He loved it and wanted to sign it. That allowed us to showcase our brands on a label that had released such artists as Flatdisk, Will K, Regilio and many more!

Kristaps: But the real push in our careers is the one we’ve got from Shanahan’s Label “Powerkat”. Our track “Cashflow” was our first track to really get recognition from top artists, and put the RudeLies brand on the map, as the artists we are today!

Looking back on how you started, what are some of the biggest points in your career that lead you to where you are today?

Daniel: One of our highlights is definitely getting support by Hardwell on our track Akachi!

Kristaps: We have a funny story about that night, actually. I was really sick, lying in the bed and Daniel was at home looking after me. Suddenly, we saw that our Twitter feud got blown by an enormous amount of tweets about us being featured on Hardwell On Air. First we thought that it was a complete joke, but after the livestream, we checked the video and it was true. Unnoticed, Akachi had been played by Hardwell!

Daniel: Some of the other big highlights of our carrier including doing Remixes for Artists like Darius & Finlay & Kill FM, and recently having our music being played at the national radio station P3 here in Sweden!

What made you decide to start a label?

Kristaps: We wanted to showcase music that we think is really cool, and also release a lot of our own music! We have a lot of tracks that no label really wants to sign, but we know our fan base will enjoy a lot, so we decided to put these tunes out through our own label.

Daniel: Our releases are going to be free, because we think that everybody likes to get quality content for free. If we wanted, we could have just decided to put out all of our tracks on beatport, but we don't think as many people are going to discover our tunes that way. Free music is the future.

Have there been any road blocks on your way?

Kristaps: There was a huge one: our graphic designer got sick, and he couldn't make the sick artworks that are a huge part of Reverse. That made us delay our releases by 3 weeks, making us move things around. But I guess you just have to deal with that in life!

Who’s appearing on the label, anyone we know?

By the looks of things your music production hasn’t slowed down, is managing a label going to impact your careers as artists?

Kristaps: Not at all! We have a whole team around us helping us with Reverse, so we are definitely not going to slow down production wise. However, we will be more free to put out more diverse stuff. We have been producing a lot of different genres, and we really want to embrace the diversity of our sound, maybe through releasing an EP, or even an Album in the future.

Are your going to be releasing primarily your own tracks on this label?

Daniel: Not necessarily! We have a lot of tracks lined up for Reverse by both our friends, and tracks that we have received that we feel are really cool! If we find a demo in our demo-mail that we feel is really good, we will definitely try to put it out!

What are you most excited about with this project?

Kristaps: It is going to be fun releasing our music that we love, and interacting with fans! We really want to see on what journey this label can take us, and we have a lot of interesting plans for the future. For example, we want to do our own label nights, where we can invite our artists, colleagues and friends and show what the sound of reverse really is!

Lastly, any new bangers in the works? What’s the first track set to release and when can we tune in?

Daniel: We have a lot of new music in the works, can’t say more than that! The first track, Reverse, is set to release on the 27th of September, and for those of you who cannot wait to hear the whole track, you can get a preview of the track here!

Want to hear more? Follow RudeLies on all your favourite social networks below: 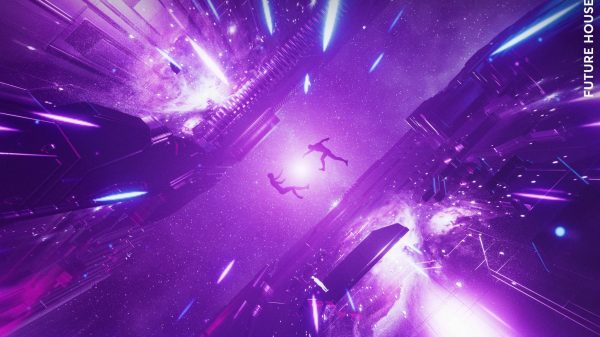 REVERSE takes us back home with new progressive belter

Iranian-born, Germany-based producer REVERSE is here to work his magic on another smashing progressive dance hit! For a track that grips you from start...