Carnage Sets The Record Straight About His Relationship With Razer
Advertisement 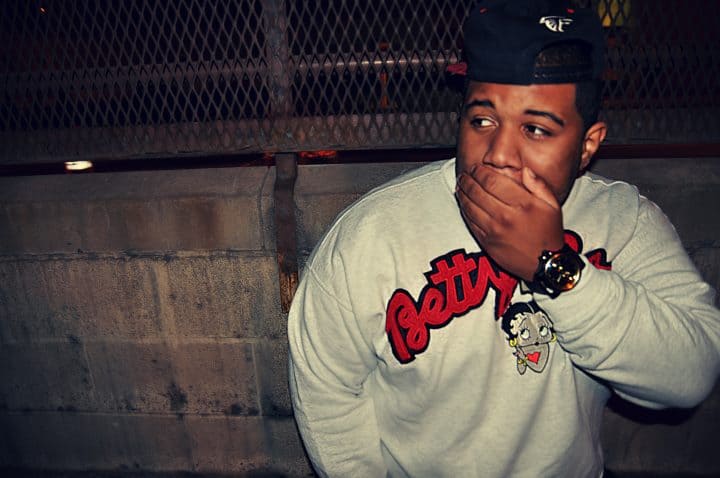 What once began as an innocent ‘808 Tutorial' production video by Razer and Carnage has quickly turned into a PR nightmare for both parties involved.

The computer Carnage was using had an unlicensed and pirated version of Lennar Digital’s Sylenth.

@djcarnage @atoms2k Hi, we're happy to make it a matter. You do understand you don't have any copyrights using illegal software?

To whom it may concern,

I wanted to write this to set the record straight about Razer.

A couple months back Razer hit me up about a partnership opportunity which resulted in me participating in my now infamous “808 Tutorial.” My debut album, Papi Gordo, comes out this Friday, Oct 30th, so I thought this was a great collaboration. In advance, they provided me a Laptop and software and I agreed to prep the laptop with everything necessary for the day of the tutorial.

Fast forward to that day… I’d just returned home from a busy weekend of shows and to be honest I’d completely neglected to setup the laptop with the sessions I intended to use, as well as the necessary plugins. Needless to say I wasn’t totally prepared for the session. For that, I’ll assume full responsibility

Before getting to the studio, though, my management told the Razer team that I wasn’t exactly prepared but that I would still be there as planned and would essentially just sort something simple on the fly. The production company doing the shoot sent my manager a email confirming that they had a computer loaded with software on site (check out screenshot of the email below). When I got to the studio, we discussed attempting to quickly setup the laptop that Razer originally sent me, but this took a lot of time and there was an issue with Wi-fi in the studio so I couldn’t set the laptop up properly. And this is where the story begins

In order to get through the tutorial without it taking forever, one of the production staff handed me a laptop that was fully loaded with software. THIS LAPTOP, WHICH WAS NOT MY LAPTOP, BUT PROVIDED DIRECTLY BY THE VIDEO PRODUCTION CREW is what was used in the tutorial. From the USB, I loaded my project files onto the laptop they’d provided and my focus in the moment was to simply get through the tutorial. I paid no attention to the fact that the computer they gave me had cracked software!

The tutorial comes out and of course, everybody has something to say. People are critiquing everything from my production techniques, to the way I talk. This is something I’ve gotten used to over the past couple years. It comes with the territory. Fine, I’ll take it.

Then, out of nowhere comes the mention of me using a cracked version of Sylenth1.

For once, I actually decide to hold my tongue. I know what’s true so before saying anything publicly to disrespect Razer, I reach out to them and ask for them to issue a statement making things right. They knew what happened, and they decided to do nothing.

Prior to this, we’d both discussed the negativity surrounding the tutorial and agreed that for the sake of both of our brands it’d be best that the tutorial be taken down. That decision was made together. This was mutual…just to set the record straight.

At this point, I feel I’ve done my best to approach this situation in the most diplomatic way. If Razer isn’t willing to accurately address the issue, I have no choice but to defend myself. I didn’t get this to this place in my career by backing down to anybody and I damn sure am not going to start now. The truth is the truth. I gladly invite anyone from Razer or the production staff on the shoot to respond to or dispute any of this.

Advertisement. Scroll to continue reading.
In this article:Carnage, Razer