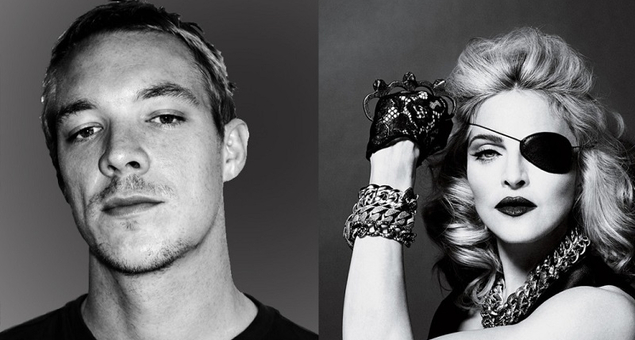 In a recent interview, Diplo says that Madonna has not been getting fair treatment in the world of music these days. He says that “she created the world we live in” and that “it already sucks to be a woman in the music industry, but to be a boss woman is even harder. She sold out her tour in minutes, but no one seems to want her to succeed.”

As Diplo and Madonna continue their friendship, Madonna decided to turn things up a notch when she brought out Diplo on stage, bent him over, spanked him and gave him a banana (No we're not joking).

Watch the action happen below:

In this article:Diplo, Madonna, Spank