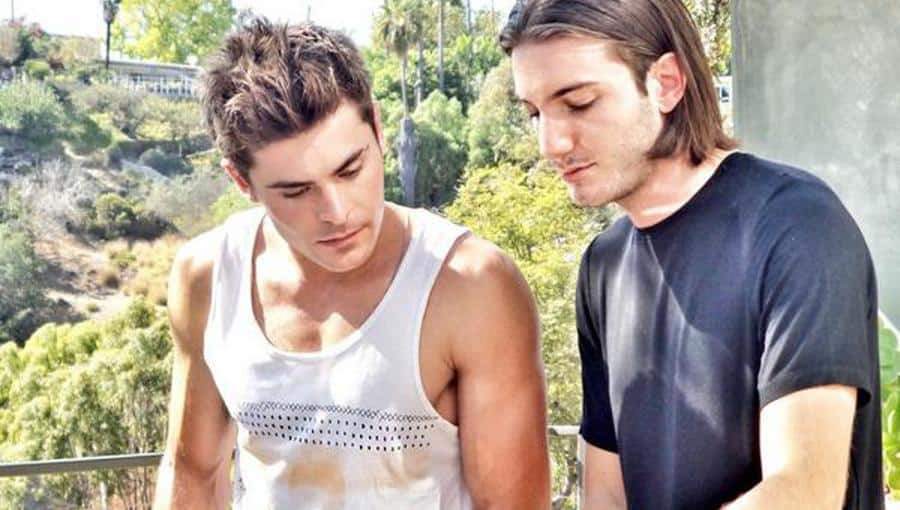 The Zac Efron-starring, stereotype-filled EDM movie “We Are Your Friends” tanked at the Box Office over the past weekend and didn't win over too many folks in the music scene, either. The landslide is compounded by the fact that DJ's are actually celebrating the bomb… including artists like Deadmau5 who tweeted, “Well if anything restored my faith in music, apparently that zac efron trying to be a DJ movie bombed out this wknd.”

Playboy's Nicole Theodore gives us another look into the DJ's distaste for this film by actually taking some West Coast-based DJ's to the movie and asking them to review it. Some guys couldn't even handle the event. Getter apparently left 30 minutes into the film. He was joined by a panel that included Kennedy Jones, Donslens, Josh Jacobsen, Jayceeoh, and Mister Blaqk.

According to Theodore, during the film there was “an abundance of snorting, a shit ton of ‘brahs,' more than a few audible sighs and a whole mess of face palms.”

It must've been difficult for this group to debrief, but they did. Kennedy Jones may have given the best responses. A bit more open-minded since he had never seen the trailer, Jones opened up about what perspective the film tried to achieve.

“The writers made it more than obvious that they just wanted to capitalize on what they view as nothing more than just a popular current trend and hoped that a pretty boy would sell a terrible movie,” Jones said. “They failed. Miserably. Sadly, so did Zac. When a great actor takes on a role, they investigate the actual person they are supposedly portraying. They dive into the world they are supposed to be creating in the movie. It seems like dude literally laid in his trailer on set with his homies doing whatever Zac Efron does, learned some lines off a piece of paper and pretty much just walked on set, said the lines and left.”

The bigger picture, however, is even more disappointing.

Rumors about Efron's career and lack of focus (reputation for partying) seem to have led to this corny take on picking up an activity and succeeding – bringing the DJ culture to mainstream prominence. Unfortunately, the plot line (spoilers may be ahead) didn't promote an already strong culture, but disrespected DJ's and producers with the idea that just owning a Laptop is the key to greatness… or at least that's the impression everyone had.

Jacobsen said, “Based on the info in this movie, I’d be inclined to think that DJing is all about finding some formula to get rich off of that ‘one song' that people love rolling face to at the club.”

He also added that it would have been more relevant to show the DJ's using more popular equipment and gear – not to mention using the words “musician,” “artist,” or “producer” at all.

“”The fact he was wearing his Headphones everywhere he goes,” Blaqk said. “Nobody does that. Also, the fact that they made it seem like all your sets have to start at 120 and end at 128 BPM was complete bullshit. The first thing wrong with that is that some DJ’s — depending on genre — don’t ever even get to that BPM at all, let alone only increase their music by 8 BPM.”

Jones gave more insight into the ways the film could have really improved.

“I am offended that there wasn’t one character in the movie that didn’t partake in party drugs and stayed home from partying only to work on music alone until 5:00 A.M. This movie completely dodged their opportunity and their obligation to the young people out there to be inspiring and informatively show the dangers or risks involved with being a musician. Instead, they focused on what happens if you party too much. It’s honestly just a disgrace.”

Getter also added, “I think seeing every big DJ taking time out of their day to rip this movie apart proves my point. We all know this movie is poison, but because it’s a motion picture, there will be some viewers that believe in it and think it’s the real deal.”

The full interview tackles plenty more topics that were neglected by the film in part – including drug use, females in the industry, and the focus on things that tend to make films of this style. While kids were eager to go to flight school after watching “Top Gun” a few decades back, this DJ movement is already at a point where the culture is protective of its legacy.

Advertisement. Scroll to continue reading.
In this article:Kennedy Jones, Playboy, WAYF, we are your friends