The Dannic Sound: An Interview With Dannic
Advertisement 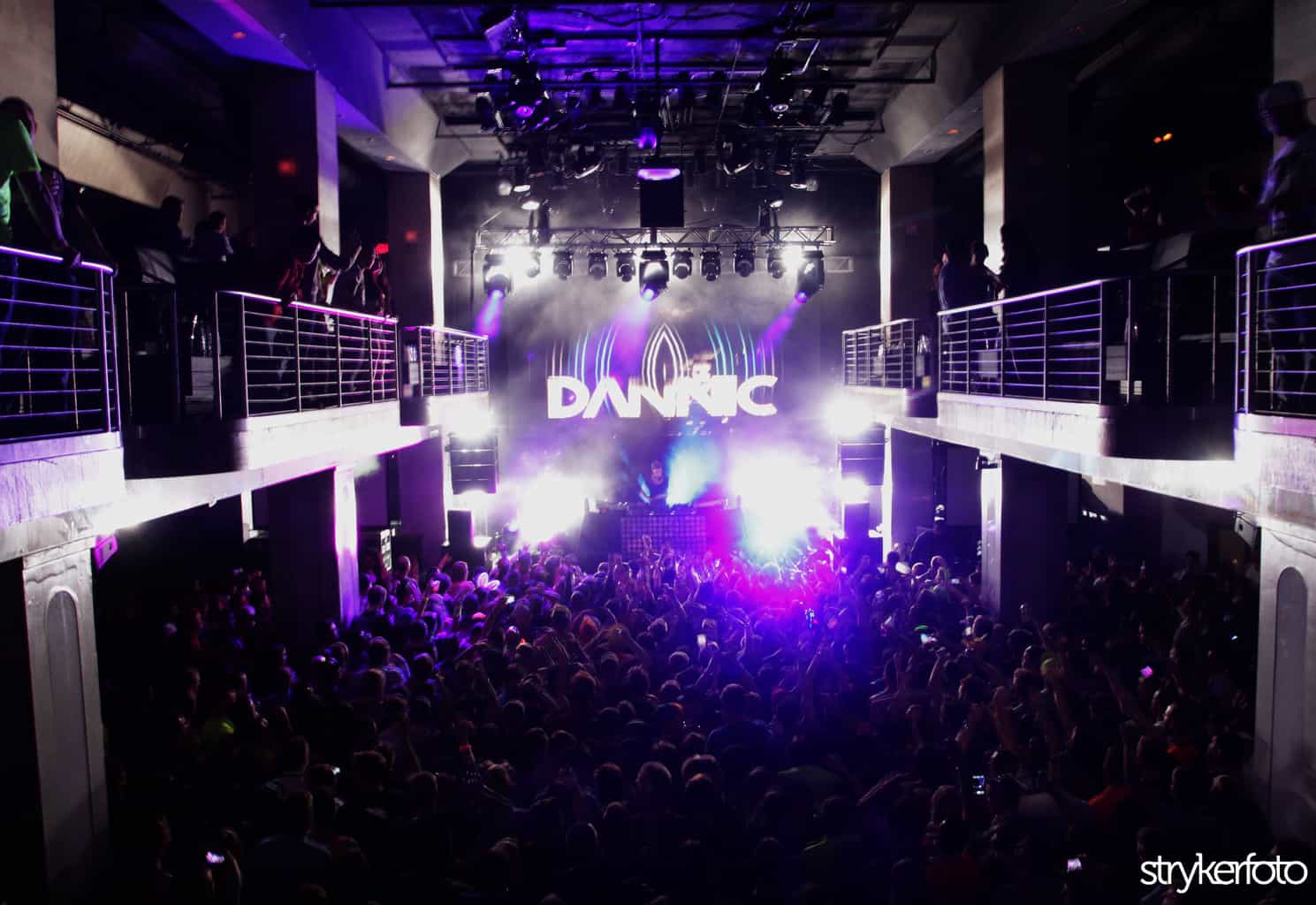 Only one week after hitting the Main Stage at Tomorrowland, Daan Romers [known by many as Dannic] started his solo mini-tour through North America. We were lucky enough to catch up with the #30 ranked DJ at his first tour stop – the Rev Ultra Lounge in Minneapolis, Minnesota.

Coming off a whirlwind schedule, he discussed plenty of topics with us including the release of the third and final part of his new YouTube documentary, ‘Dear Life'. The film gave us extra insight into his personal life and the making of that ‘Dannic Sound'. We talked about his past and present – including his relationship with Hardwell, learning to mix on CDJ's, and the authentic variety he brings to his sets.

EDM Sauce: “Welcome back! We're the first stop on your North America Mini-Tour! The last time you were in Minneapolis, you were on the North America Bus Tour with your buddies Dyro and Hardwell.”

Dannic: That tour was beyond amazing because I was touring and partying with my friends. This is different because I can play that Dannic sound and new tracks without worrying about other artists playing after me. I feel like I have a little more freedom. It’s nice that people are here to see only me. That’s always a great thing.


EDM Sauce: “Getting ready to perform in front of a smaller crowd in a venue like Rev, how would this compare to your appearance at Tomorrowland?”

Dannic: It’s great that you mentioned that because I love playing smaller venues! It’s so intimate… you can really see and feel the people. At a festival, it’s not as personal. You’re playing for a big crowd but you can’t really look at the people. It’s a sea of hands going up and down. What I love about clubs is that I can play something different every night, go a little deeper – compared to playing the big room sound.

EDM Sauce: What was your overall goal for your new documentary series ‘Dear Life'?

Dannic: I’ve always had the idea of showing more of my personal life. Most people know me as Dannic, but there’s far more to the story. I’ve only had the name Dannic since 2012. People just assume ‘Oh he’s a friend of Hardwell’. The truth is I’ve been DJing for 11 years now. I wanted to tell people my story, but not tell them myself. Instead I had other people tell my story. It was a great surprise to hear what people had to say about me. I’m really happy with the outcome.

EDM Sauce: You first started playing gigs at a local bar when you were a teenager. People wouldn't walk into a bar and hear a normal Dannic House set back then. Describe what you liked to play.

Dannic: I literally played everything! Everything from Michael Jackson to UB40 to 50 Cent, just anything. It was cool beause back in the day I loved mixing all of those genres together on the CDJs. It’s one thing I miss when playing House music, because I have to stick to the 128 or 130BPM. But sometimes when I’m in the mood, I’ll throw in some Hip Hop in between.

EDM Sauce: “One House genre that you played back home in The Netherlands was “Carnival House.” How would you describe this unique sound?”

Dannic: It’s a term we have back in The Netherlands. It’s domestic, almost lame sounding music mixed with House. It’s a fun sound. Almost corny!

EDM Sauce: In Dear Life, there's a story about your friend Hannes tagging along and sneaking a bride out of her own wedding to go drinking. Do you have any other crazy story from your wedding days?

Dannic: That’s definitely the craziest story that we had! So many great nights. It was a lot of fun and the people were always fun, but some nights things would (just) go wrong. Sometimes we would drive three hours to do a show and end up being late.”

EDM Sauce: Being close friends with Hardwell, people assume that you are strictly a Progressive House artist. However, listening to your sets and podcasts, fans find that you play a great range of House music.

Dannic: It’s really simple. When I like it, I’ll play it. I like to start the podcasts a little deeper, maybe a little groovier with Tech House because. That’s what I started out playing. That groovy sound is still something I embrace. I use it in my productions as well. It can be Big Room, but it still has to be groovy in a way.

EDM Sauce: It's so awesome that you and Hardwell used to exchange tracks over MSN Messenger!  Do you still shoot tracks back and forth to Hardwell?

Dannic: Of course. We give each other honest feedback which is really important nowadays. Especially with Hardwell being the #1 DJ not a lot of people are honest and say “I don’t like that song”, but I’m still his friend and I see it in a different way. I tell him if I don't like the sound. The same goes the other way around. That is what still keeps us connected.

EDM Sauce: With the close friendship that you have with Dyro and Hardwell, I have to ask the all-important-question [that I also shot Dyro's way]. Of the three of you, who has the best hair?

Dannic: Haha! I know he will love this, I have to say Dyro.

Big thanks to Dannic for taking the time to meet with EDM Sauce! Also to Sound In Motion and Rev Ultra Lounge for putting together such an amazing night!

If you haven't already, make sure to check out Dannic's full “Dear Life” Documentary to learn his full story. Dannic's North America tour may be over, but you can view tons of recap photos via his Facebook page!